What Are You Playing This Weekend? - Summer Drought 2017 Edition

The balmy summer nights are upon us. The gaming drought is in full swing as we get by on the sparse scraps thrown our way. But who am I kidding, we’ve just off the back of a two-week Steam Summer Sale. If your library isn’t absolutely bursting with games you’re never going to actually have time to play, I don’t know what to say to you. Now you’ve got them though, it’s decision time. Picking what to play can be far tougher than picking what you want to buy. Why not get a little help from your friends here at GD.

Jon - I’m not going to lie to you, my girlfriend’s off watching strippers [Interesting, - Shaheryar] on a hen-do on Saturday, so I’m clearing the decks for an absolutely obscene session of Rainbow Six Siege with the squad. I’m going to have an artery worrying number of takeaways and just binge out. Should it all get a bit too much for me though, I’m also planning to play a bit more Dirt 4 on PC in time for my review, as well as the horrendously difficult Crash Bandicoot: N. Sane Trilogy on PS4. I’d forgotten just how punishing the original game was, but finishing certain levels without dying is proving quite the challenge.

Felix - It's the quiet time of year for new game releases. And that's cool with me. It gives me time to look for bargains and think about what I have really enjoyed playing lately and what else might be similar. So following a really enjoyable play through of the awesome Endless Space 2, a Civ-style space strategy that eases you into a universe of aliens and tech development, I realised I had missed its slightly more fantasy driven Endless Legend. Now I like a good fantasy strategy and being familiar and impressed by the way the Endless games played out I took a look at the Steam sale this past week for Endless Legend and there it was. I grabbed the 2014 release with all its expansions for a fraction of its original value. I am looking forward to sinking a bunch of hours into Endless Legend this weekend.

Shaheryar - I will be watching Guardians of the Galaxy with some chips and juice by my side before delving into Telltale’s interpretation of the movie. It’s been delayed for a long time and I have been yearning for a bit of sci-fi action mixed with the classy narrative we all love. Let’s hope the game is good for its worth!

So what are your gaming plans for the weekend? Let us know below!

What I played was a programming exam....

Baldur's gate 2 shadow of amn, just finishing side quests so I can finally focus on finding irenicus.

Been going through my backlog lately and Persona 5 is the last "big" game that I missed, so I started playing that this weekend.

I'm going through the Witcher 3 from the top, take five or six now I believe, and the XCOM 2 expansions. (thank you steam summer sale) I've been making great progress through TW3, but not so much on XCOM 2, I'd forgotten how dishonest the odds were to hit; example: 80% to hit REALLY means about 50%. The incredible frustration of my elite soldiers missing easy shots and proceeding to die, or run out of time in my operations, has caused me to rage uncontrollably and weep like a baby, and yet I keep coming back for more...

Since I turned on my old PC I played some of the el clasico games. Monkey Island Keybroosh, commandos 2, nfs 2 and civ 1. These were the best games ive played when i was a kid.

Final fantasy 1 is my game of choice this weekend

when im not on here, sleeping, eating, or working out - i am playing call of duty:actual warfare.

I am playing Until Dawn, finished Uncharted 4 yesterday(Got my PS4 Pro 5days ago).

Game or the console?

Can I have both. Please :P 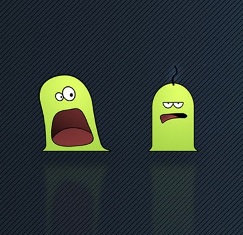 Chivalry Medieval Warfare and Insurgency, cuz I like it hardcore ;-)

There a a ton of mods for it, if you don't like the visuals.

Deus Ex: Revision is a easy one. just own the game on steam and you have access to it.

I'll check it out

never got around to playing the original before, played the latest ones though.

I'm trying to woo a certain lady who I fancy. Hope it works out & yes I mean in real life.

Did you got the Girlfriend dlc? Good to see at least some people here try real life :)

It's a work in progress. She almost blew me away on What'sapp. I knew that there was a reason why I loathe ****book.

So much for "FREE" SPEeCH.

what else killing some barons of hell in DOOM