As you all probably know, the hit strategy game Company of Heroes has a sequel that is due to arrive early 2013.

Company of Heroes 2 will utilise the enhanced Essence 3.0 Engine. Basically, awesome new features and dynamic splossions to fill our eyes. Naturally the devs will be Relic Entertainment, the guys behind Dawn of War and CoH 1. Lets see what sort of machine  Company of Heroes 2 system requirements will need...

Fairly modest requirements considering all the goodness we are promised.

ColdTech - includes an ‘extreme cold’ mechanic which accurately encapsulates the Soviet winter which reached extremes of -40 degrees F in 1941.

Truesight system - takes objects like buildings, walls, trees and smoke into account. This allows players to effectively use tactics like flanking and ambushes. The system can handle terrain variations if we want, but we found that objects provided the most easily understood feedback for players. The default RTS camera sometimes makes it harder to judge the variety of terrain heights and slopes.

In the system requirements section, it only mentioned 32-bit Windows Vista, so if I'm using 64-bit Windows 7 would the game works?

nowadays game had to support Win 7 for sure :)

Sure, there are compatibility modes available if you run into trouble ;)

I Love this game I Already Played All COH. I Cant Wait For This :)

I have spent hours playing the first on. Can't Wait!

There must be something really special in it :)

or in simpler words 8800 is Chuck Norris's GPU

Correct and the GTX 560 is Rajnikanth's GPU...legendary just like him :P

Had to Google him :D
And I didn't have to Google Norris ;)
So which one is more legendary? :D

Oh yeah, Just wait till the game released and im good to go! 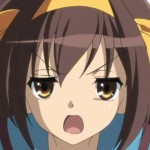 Oh man. I love RTS games.
The Turn-Based ones just don't cut it for some reason.
Can't wait to get this one.

It's not too surprising about the low specs. RTS games tend to be highly scalable because the artists are working with a wide POV, so up-close object detail is never really a big issue. I'm guessing, to get all the pretty upgraded bells and whistles, you probably won't need more than a 460.

Haven't really digged into this game, but am quite a RTS fan, so might try it out.

Not a fan of RTS, but will try this one.

Have you played the first one. If not give it a try its pretty fun.