Up For Debate - What are Some of the Best and Worst Pre-Order Bonuses?

This week has been a tale of two pre-orders. Admittedly, it’s been a pretty slow week, as you can guess. On the one hand, we’ve got Total War: Warhammer II’s Norsca race pre-order bonus, which grants you two new factions for the original game. It’s a bit arse backwards, but it’s a decent deal and it hooks the two games together neatly. While on the other hand we’ve got Need For Speed Payback’s ‘Exclusive Tire Smoke’, a specific blueish tinted smoke to equip your car with. Quite probably the most pointless thing of all time, and I’ll be sure to give it pride of place on my mantelpiece next to my powdered water.

If you pre-order Need For Speed Payback to get the exclusive tire smoke, you probably need locking into a shark cage and fired from a torpedo into the deepest, darkest depths of the Mariana Trench.

Pre-order bonuses are all the rage then, as publishers desperately scrabble around for reasons to convince fans to lay down their cash before a game is even out. Heck, before they even know if the game is any good or not. From a consumer point of view, in an age of digital games, there is literally nothing to be gained from a pre-order. Nothing tangible anyway, except the sight of it waiting in your Steam, Origin, Uplay, whatever, library. It’s not 1997 anymore, there aren’t only four copies of Ocarina of Time coming into Double Drive Computers that you’ll need to wrestle grown men for. Digital games are by their very nature unlimited. It's just a digital transaction which adds a line of text to your game library.

So the easiest way to attach something real to all of this craziness is to provide actual content; chunks of the game that can only be obtained with a pre-order. How publishers go about this is many any varied. Sometimes it’s one-off consumables such as in-game credits or health packs, other times it’s exclusive missions, weapon skins, or, er, tyre smoke.

Some are tempting, some really aren’t, but they’re all designed to tip you over the edge from ‘wait and see’ to ‘I’m buying this game ready for day one’. So what pre-order bonuses have convinced you to take the plunge? And conversely, what are some of the worst pre-order goodies you’ve seen? Let us know in the comments!

is "Life is strange:b4 the storm" worth pre-ordering?

If it's anything like the last game, than yes. My advice before you do, check if you will get all the episodes &/or DLC-s. 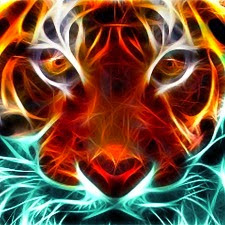 Never pre-order no matter what.

CDPROJEKTRED is a good publisher. The way that they make money & finance the games they make, is more than honorable. If I ever pre-order a game, it will be either from them or from some other publisher with a similar work & play ethic.

Fallout 4's pre-order bonus was definitely the worst. It was a Mr. Handy Dota 2 announcer. That's it. I didn't even receive it when I pre-ordered since I don't play Dota 2.

Didn't sonic lost world give you a few extra lives or something?

I should add to this, I think the best pre-order bonuses are where you get a free game on top of the game you're buying. So if you pre-ordered Dishonored 2, you got Dishonored: Definitive Edition for free, and if you pre-order South Park: The Fracture But Whole, you get a 'free' copy of Stick of Truth. That seems a good deal as it's a genuine bonus that you know hasn't been cut out of the game.

Or just get a decent discount - I pre-ordered ME:A for half the price - good deal, just bad example of a good deal xD - still was considered to be a AAA game

Never preordered, so I recuse myself from writing any further.

Maybe they could give the pre-order buyers more copies of the game. I think it's pretty useful. Pre-order 1, get 2. Or get 3. Or more...

So u can take ur extra copy and sell it on G2A?

got a model, an art booklet and a DVD full of game music for pre ordering Armored Core V (limited edition box), also some parts and weapons in game were unlocked

i never understand what is the meaning of pre order?

Selling a broken game before people actually have any way to know that.

so this means that pre order is crap

Why aren't Pre-Orders dead yet? They are anti consumer sh!t.
I already know why, but it's disgusting. And people fall into this trap.

I think we might need to make a you-tube channel named "The doubtful Gamer". Otherwise this isn't gonna change. :(

Pre-Order should die, end of story.
Otherwise Worst: gameplay content exclusive to pre-order copies of the game(worst since I do NOT pre-order).
Best: some cosmetic meaningless stuff or a week or so early access(best since I do NOT care).

Pre-order bonuses, in my opinion, shouldn't be a thing. The idea of locking content behind paying in advance and hoping it's good is stupid to me. Even worse if later they sell the content as a DLC, making it worthless as an exclusive item.

The thing I find acceptable about Warhammer's is that it's not a pre-order bonus really, it's available for the full first week of sale.

The worst one for me was No Man's sky pre-orders bonus. A "better'' ship that didn't had a hyperdrive blueprint so you was stucked in the very first planet searching for one...

How abt i say no pre-order only exclusives. i will gladly pre-order games if tht content is available after the game is out.

Best I've had so far is Bioshock Infinite, got XCOM Enemy Unknown and Bioshock for free and some sort of loot for tf2 I think. 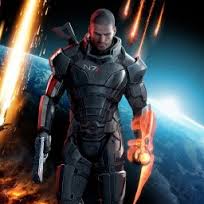 The worst is probably the day one dlc of Mass Effect 3, it had already caused a big stir in the community of all gamer for a bad business pratice.

totaly agree - its one thing to give out some minor cosmetic or additional pointless mission, but to make you pay additionally for base in-game content?! That was absurd