Up For Debate - What Will Gaming Look Like in 20 Years?

As of late, I’ve been trying to ponder just where gaming is going to be in twenty years. I’d often thought of gaming as this rapidly changing landscape, one of disruptive ideas, new technologies and countless innovations. And then I saw an image doing the rounds comparing 2017 and 1997, PlayStation platforms in particular. Two decades separate them, yet in ‘97 we had Crash 2, Parappa the Rapper, Tekken 2, Resident Evil, Gran Turismo, Wipeout XL and Hot Shots Golf. 7,300 days later we have the Crash Trilogy, Parappa the Rapper Remastered, Tekken 7, Resident Evil 7, Gran Turismo Sport, Wipeout: Omega Collection and Everybody’s Golf. Has history truly repeated itself? 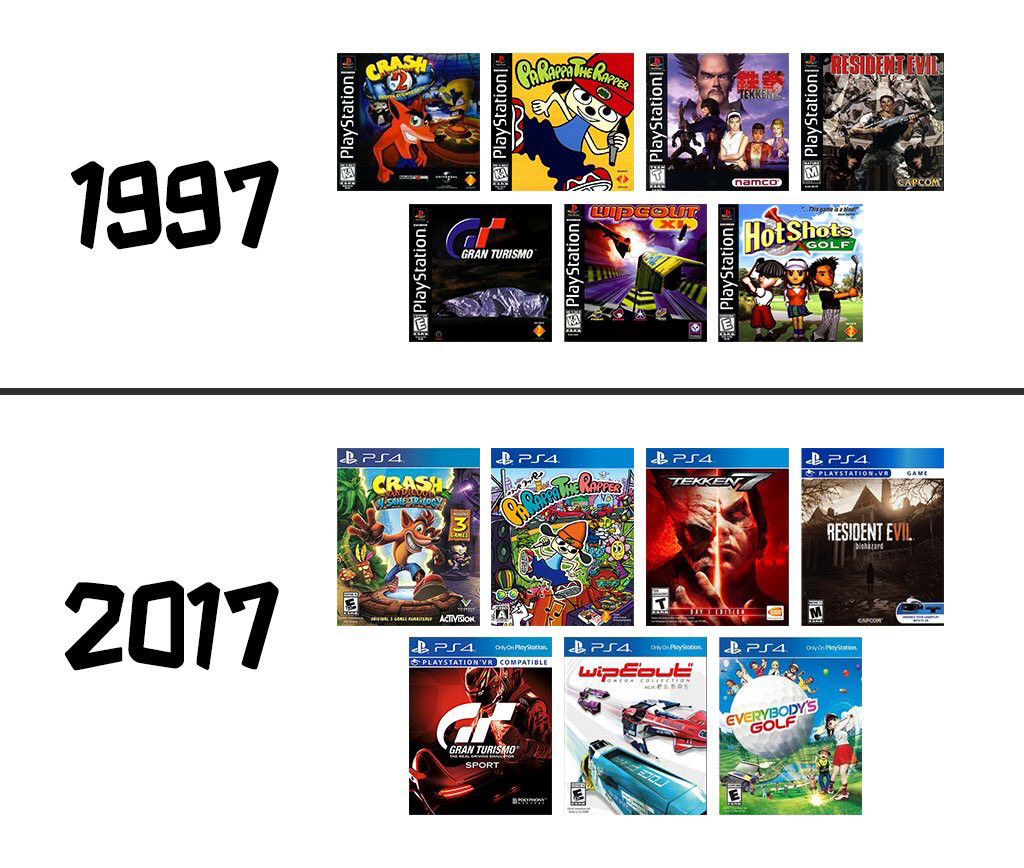 Of course not. Gaming has changed in untold ways, even if some of the same beloved franchises still remain. We now buy our games instantly on our phones, pumped invisibly through the ether and appearing on our PCs. We have vast 3D open-worlds, insanely deep sandboxes, endless post-launch support, instant access to a back catalogue of gaming’s entire history, VR, impressive AI and incredible social experiences. Where gaming was often a lone pastime in 1997, in 2017 it’s entirely interconnected. A web of games, videos, mods and online tournaments. At times it can feel like it changes slowly, and sometimes for the worse, but games have been a hotbed of activity during the past few decades.

My first assumption is that the traditional platform structure we have today will be gone. Games will be ubiquitous, the hardware so advanced that we don’t need platform holders selling us new tech. It becomes less about the hardware, more about the games themselves, in the same manner that most of us don’t obsess over what Blu-Ray player we’re using to watch movies or the paper stock used for our favourite books , we just watch the movie or read the novel, enjoying them on their own merits rather than obsessing over the medium the content is delivered.

Once anyone can play anything though, it becomes an incredible fight for users’ time.
We only have so many hours in a day, and even less that can be dedicated to entertainment. Developers and publishers are going to have to do everything in their power to keep gamers playing their titles rather than anyone else's, and also monetising them in a way that makes sense. The current trend of consistent post launch support funded by additional microtransactions doesn’t look as if it’s going anywhere.

The other aspect I think (and hope) we'll see is huge advancements in game AI. Artificial intelligence in games has been dormant for the best part of a decade now, with few notable advances. Outside of gaming, we’re seeing monumental changes for AI capabilities, and this surely has to trickle down to deliver increasingly believable worlds, filled with dynamic conversations and convincingly living, breathing characters. Combine this with multiplayer elements and you have a potent combination.

Anyway, I could go endlessly about where I see gaming going, but I’ll leave it up to you to share your thoughts. How do you see the gaming world changing over the next two decades? What will be the major technological advances? Let us know!

I think we can probably go into the game itself with the help of some device and what's more we can feel and smell the different objects in the game. all this immersion effects could be done through multiple devices and maybe would get reduced to one or two devices as the years move on.

The start of the Holographic area for racing games and a lot of other genres ...

Ie. You're sitting in your racing rig (racing seat + mounted steering wheel) and then Holographic technology will simulate the graphics all around you. There won't be any monitors. The cockpit roof, doors, everything holographic. You would really think you're in a race. With roboarm it would be wow.

Hopefully, next Prince of Persia will release in 20 years..

I'll be 34 by then.. Let's hope the humans still live without being nuked. We'll have more powerful pcs definitely, but the optimization problems will slow down improvement of games..

you're assuming everyone won't be dead by then.
also ,gotta love that tekken 1 cover art xD

In 20 years time there will be alot more greed. And unoptimized games. Thanks humans. Thanks for going downhill.

In 20 years we will probably be playing games on the back of our eye lids. Just close your eyes and think of the game you are wanting to play and the entire thing will be controlled by you mind. No physical controls needed. ;)

Well maybe Skynet happens, and there is no gaming... :P

I think a T-800 would do some gaming. If only to understand the human psyche better.

I see MR becoming the norm, experienced with immersive virtual environments (sight, touch & sound) through non-tethered lightweight equipment. Not quite Sword Art Online gear, but closer to very affordable highly evolved hololens and wearable sensory gear that are as ubiquitous as a mobile today. AI will allow for NPCs that have near-natural spontaneous reactions or will gauge a player's skill level in real-time so that they don't have to die persistently to enjoy a game. 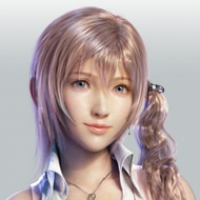 I am a 1976 baby as well. We have seen the gaming market from just about it's beginning. My first system was an Odyssey 2000. It had Pong, Soccer, Hockey, and Football if I remember correctly. :D

@LeadStarDude That's awesome you have experienced video gaming from about it's beginning.

likely 4k will be low end, 8k will be standard, extremely high refresh rates (240hz minimum), more API's or intermingling API's (like there is an API for anti aliasing specifically, another for physics and so on, basically game engines being modular). Hardware will be different, I'm estimating in 10 years that graphics and CPU's will merge back together, there might be graphics cards but those will have a CPU onboard and everything will be smaller and crazy efficient

I think we can probably go into the game itself with the help of some device and what's more we can feel and smell the different objects in the game. all this immersion effects could be done through multiple devices and maybe would get reduced to one or two devices as the years move on.

The start of the Holographic area for racing games and a lot of other genres ...

Ie.
You're sitting in your racing rig (racing seat + mounted steering wheel) and then Holographic technology will simulate the graphics all around you. There won't be any monitors. The cockpit roof, doors, everything holographic. You would really think you're in a race.
With roboarm it would be wow.

Im just hoping we get something like in the Gamer movie from 2009 but without the real humans part , meaning how we move the char will move the same

We'll probably have to buy every single item in all games as a micro-transaction.

Holograms or we upload our mind into the pc or medium and create our own virtual reality and our own games and characters and everything...I'd love that :p

It'll look great, but the gameplay will for the most part remain shallow and appeal to the lowest common denominator trying to make a profit.