It's time for the definitive answer - which game series is the best of all time? Over the next 20 rounds, we will be pitting the biggest gaming franchises of all time against one another in order to determine the definitive list of the best game series in 2017. The best game franchise of all time kicks off in round one with a showdown between Grand Theft Auto, Command & Conquer, Street Fighter and Forza. They have 80 years of gaming history between them, countless sequels and an enduring nature that makes them all relevant in 2017.

Compared to the dusty old tomes in the library and the flickering film reels of the silver screen, gaming is practically still in its infancy. The last 40 years of gaming has seen an incredible and rapid change though, with dozens and dozens of franchises emerging on the medium that have become larger than even the biggest cinema blockbusters. Picking through the best games can be a daunting task though. For this feature we're going to enlist your help to collate a list of the best videogame series of all time, beginning with these four classics.

A true AAA behemoth of the games industry, Grand Theft Auto emerged from an unlikely source - DMA Design. The studio had made its name off the back of the cutesy Lemmings, before making parental outrage its speciality with the launch of Grand Theft Auto in 1997. The original two games were beloved, but it wasn't until Grand Theft Auto III that it truly hit the stratosphere. GTA III changed the gaming world forever, dropping down the footprint for how open-worlds could be done. From there, and the subsequent shift to Rockstar, the series only became bigger. Grand Theft Auto V is one of the best-selling games of all time, while the GTA franchise itself has shifted over a quarter of a billion games. It is the fifth best-selling game series of all time.

Towards the tail end of the last millennium, there were few bigger names associated with PC gaming than Command & Conquer. Before its fall from grace, C&C was the most recognisable real-time strategy series in the world. It never managed to cement itself as a serious RTS game, and it would never sell out Korean stadiums, but Command & Conquer was a giant of the era. Westwood Studios cranked out the games at a rate of knots, often multiple in a single year, and its cheesy FMV acting was a benchmark of the era. Subsequent games have really begun to let the series down, but it nevertheless holds a special place in PC gaming.

Initially, it was easy to write off the Forza series as Microsoft's heavy-handed attempt to combat Gran Turismo. It's never quite achieved the sales heights of Polyphony Digital's racer, but Forza has nevertheless become possibly the most important pillar of Microsoft's Xbox brand. The last 12 years have seen the arrival of 11 games, and you can almost set your clock to the holiday arrival of a new Forza title. As racing simulators go, the Forza Motorsport is one of the most beloved series around, while in recent years, Forza Horizon has injected a little off-road zaniness that has seen it catapulted ahead of the main series.

Just as a recap, this is just round one of a huge gaming vote-athon for us all to participate in and have our say/vote. The series with the most votes from those listed above goes through to another round. Tomorrow will be another set of incredible game series fighting it out for your vote. 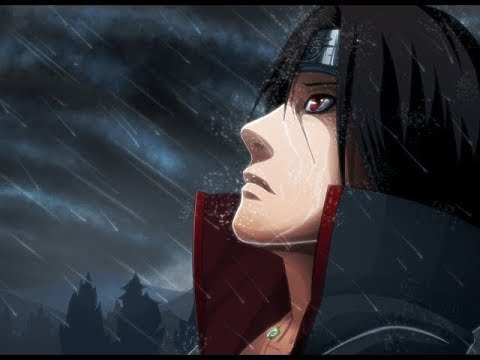 I vote Forza, is the only I like of these 4 choices.

because it is the home of true gangsters and rappers

Come to Croatia, where the true gangsters are the damn politicians. Not a joke, the current president might be ok.

From the above mentioned list, I'd have to go with the Grand Theft Auto franchise. Just.. the kind of reception it can arouse from gamers around globe is truly unprecedented. India isn't a needle mover by any means in the gaming world but I remember this like it was yesterday; queues of more than a kilometer long waiting for the midnight launch (already a rarity) for GTA V outside of Landmark and e-Zone (well-known gaming outlets here in Bangalore). That's a common sight in the west I'm sure but believe me it isn't here. And that alone, to me, proves how much the Grand Theft Auto franchise resonates with it's audience. The only other game that even comes close to it here in India is the FIFA franchise. It is from that rare breed of franchises that does not need a critical bar for gauging success. And it's clearly earned it's golden reputation :)
I'm not too familiar the C&C franchise really... the only RTS game I really liked (even loved) were the AoE games. A shame Microsoft completely stopped on that front..
Street Fighter is an iconic milestone whereas Forza showed it's mettle by racing out of Gran Turismo's shadow and forging it's own mark on the racing franchise. An...

...argument can be made that it has surpassed the legendary PlayStation franchise in terms of refinement of it's games but I'll leave that for the purists to decide.

This is really fun. A space where I pit my favorite game franchises against one another to my heart's content... Bring out the next one, Sir!

AAAAAA, Age of Empires. Damn it's been a while. Haven't heard that game in a while.

Don't blame ya.. all you'll hear are re-mastered versions of the by-gone games... not that I'm complaining but still... I still quite can't fathom why they won't make a new AoE game.. They've been fan-favorites for a long time and I'd imagine they've sold incredibly well too so.. Hmm.

The only remastered games that I don't mind are the Avernum ones.

GTA for me, because i like to control everything:D

Man that is a tough choice. I love GTA and Command & Conquer the same. I'll refrain from voting.

Dang! This blows my mind! GTA is great and all but Street Fighter was a staple of my childhood. I can't believe that it was so utterly beaten here. I would say that is due to the Poor reception for most of the recent Street Fighter games and the gaming community (in general) has long term memory loss. We mostly focus on what have you done for me lately or this could speak to the average age of the voter for this poll. Who knows!

Hard to say. All these franchises are phenomenal(except I've never actually played a Street Fighter game before). I would say GTA, but I still love C&C and Forza. Some of my all time favorite franchises are Mass Effect (excluding ME Andromeda, just my opinion), Uncharted, Battlefield and more. I just can't decide on one ultimate franchise.

I choosed GTA,but the Half-Life series are No.1 for me.

Your time will come soon...

To be fair, the fact that Command and Conquer is still relevant and in this list is proof of its legacy. It hasn't had a sequel since 2012. The rest of the games have much more recent games and even more planned.

Actually, it is a very bad time for this sort of review / voting -for the past 2-3 years, people know only about GTA 5 from this list - and if people are gonna vote for GTA, at least do it for the right reason - GTA 3 was the first game to truly make you feel, like you are in an limitless open world! If there is any legacy to GTA, it's that!

I'm in agreement that GTA 3 is a more special game than V. I enjoyed GTA 5, and it was pretty awesome overall, but it didn't really feel like anything I hadn't done before. 3 was a very important game though, and I could spend hours just messing around in it. It felt like such a big moment to get onto the second island etc as well.

Every series competes with one another for gamers limited time and money, unless someone literally only likes one genre. I like all these series, and if they brought out games on the same day, I'd only be able to buy one.

Well obviously GTA series wins (you can do all the other games in that one; racing,fighting,adventure) and personal favorite, and not even including mods.

Classic Tomb Raider always for me

This is a really strange set of options.

Very strange options for greatest franchise of all time.

Read the second sentence and you'll get it ;)

hahhahaa, i get it.OVER THE NEXT 20 ROUNDS ! This is just the first round there will be more.

my favorite series are the Civilization and Metal Gear Solid series

I mean, come on, this poll was decided before it started... I will vote for SF with a heavy heart.

Me too! GTA is always nice but I don't play them as much as others. I really like Street Fighter!