Our quest to find out which game series is the best of all time continues. Over the course of 20 rounds, we will be pitting the biggest gaming franchises of all time against one another in order to determine the definitive list of the best game series in 2017. The best game franchise in 2017 contest continues in Round Two. Rainbow Six, Left 4 Dead, Halo and Half-Life are squaring up against one another to find the definitive videogame series.

The Rainbow Six series has become nothing less than legendary for fans of tactical shooters. Spawned from Tom Clancy's bestselling book, the original Rainbow Six took the Police Quest: SWAT formula and ran with it in 3D. It was nothing less than revelatory and was quickly followed by an array of expansion packs and sequels, all building on the formula. Later in the series' life, we had a slight shift to more traditional FPS mechanics for the Vegas outings, before Ubisoft said to hell with single-player, cancelled R6: Patriots and turned it into Rainbow Six Siege. After a hostile reception to its multiplayer focus, Rainbow Six Siege has now become the best-selling Rainbow 6 game ever and is now a very popular eSport in its own right.

One of several franchises in this competition to spawn from a Half-Life mod, it's easy to overlook just how huge Left 4 Dead was for Valve. In an age before CSGO and DOTA 2, this series rapidly became one of Valve's biggest multiplayer titles. A delicious blend of co-op antics and intense PvP, Left 4 Dead was the complete multiplayer package with impeccable replay value. Together with COD: World at War, it was an essential kickstarter to today's co-op focused shooter craze, gently reminding us that we don't all need to be killing each other, sometimes it can be more fun to work together.

Halo: Combat Evolved was the undisputed turning point for console shooters, and its influence can arguably only be bettered by Call of Duty: Modern Warfare. Up until Halo, console players were treated to sub-standard FPS games with shonky controls. Halo delivered massive open levels, co-op, and a suite of multiplayer modes. Halo 2 brought with it the arrival of Xbox Live, and console gaming was never the same again. Master Chief has become Microsoft's tentpole figure for its Xbox brand, and despite one or two hiccups (Bungie jumping ship to create Destiny being the largest), Halo continues to be a hugely popular series on Xbox. Soon enough it will also be welcomed back to the PC for the first time in years.

Well, where do we begin? There aren't many series out there with just two games to their name which can prove to be anywhere near as influential as Half-Life. Both of these games were absolute giants, and the reverberations of Half-Life 2 are still felt today. It was living proof that both narrative and environmental storytelling had an important place in first-person shooters, simultaneously delivering some ingenious physics-based puzzling and intense, inventive action. Imitated to the point of parody in the years since, the Half-Life series still manages to hold up to this day. It's a testament to its status that the announcement of Half-Life 3 would undoubtedly be the biggest gaming announcement in the world for that year. No other series could come back from the dead and have a larger impact. Perhaps that's why Valve remains so coy on a sequel. Maybe they know that Half-Life 3 could never live up to the weight of expectation.

How to get the most downvotes: Half-Life is overrated.

Half Life for sure!

I dunno how I feel about Half-Life... I played both the games a lil later in their cycle and I wasn't as impressed... And the fact that it has only two games in sorta unfair to the other franchises... And I completely agree with your point that Valve pulled the plug on HL3 because they knew they wouldn't be able to live up to the hype.. It's bittersweet for me but I think Halo takes it here. Bungie really was arguably the best developer when Halo Reach came out. I've played Reach and Halo 4 (quite recently) and I can say Microsoft did a wonderful job with 343 studios and the franchise... and when you have a game franchise that has impressed Steven Spielberg (?) so much so that he wants to make a TV series on it, that says a lot and not to mention it is Xbox's tentpole franchise with a massive audience.
Left for Dead falls under the HL category for me to be honest despite having a lot of ridiculous fun with it.. But with just two games... Nah. And Rainbow Six... I'll be honest I haven't played a whole lot of it so I don't believe it's my place to judge it and so in this round, I pick Halo :)

The Half-Life franchise literally revolutionized PC gaming. While the Halo franchise was also a game changer, it didn't stuck with me like Half Life. And to me, Half Life 2 is the best single player game ever made. So I give my vote to Half Life.

For that let me predict the finalist : GTA vs HALF-LIFE vs DOTA vs WARCRAFT vs STARCRAFT vs DIABLO vs COUNTER-STRIKE.

Halo, hands down. So many great memories. :')

never played half of them, barely played the other half

but these game polls are a little uneven

and halo woulda been a hit to the xbox fans, while half life is a essential to alot these pc players

never played half life. tried once but got stuck and didnt liked the control scheme also.

yee, it's hard to get into, I think it won a lot of points, since the first one inspired a lot of multiplayer franchises

The thing that always confuses me about Half-Life's claim to being the one to unite storytelling and first-person shooters, the most influential FPS ever made, is that didn't System Shock already do that? And 4 years earlier to boot?

Not to mention that Deus Ex's influences(came out 2 years later then Half-Life true), but the affects are way more widespread, especially nowadays, with branching story paths, RPG mechanics in an FPS, and of course multiple ways to finish the game. And that was influenced by Ultima Underworld, Doom, and System Shock.

As much as I love Half-Life, I feel that a lot of its hype and reputation is based more on 3's meme status, then on it's actual merit. I mean out of the millions of people hyping Half-Life 3, how many were alive when it came out and actually waited those years for a sequel? How many have actually played it now?

Half life. No question. 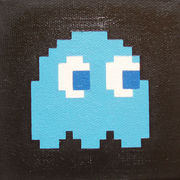 They're waiting for you Gordon......in the test chamber. Half life all the way for me!

Also. Rainbow 6: Rogue Speak should be Rogue Spear, no?

Does any other game stand a change against Half Life ? :P

At this point, I doubt even Half Life 3 could and that is likely why it may never come. I don't think Valve can live up to the insane level of hype.

Rename the game & kill the hype.

Round 2 is much more interesting than round 1 was. I had only played a few games from those franchises mostly from GTA. But this round I've spent hundreds of hours on each of these franchises.