In a rather neat little move to celebrate their 30th anniversary, Creative Assembly has announced 30 free elite unit regiments coming to Total War: Warhammer free of charge. The Beastmen, Bretonnians, Chaos Warriors Norsca and Wood Elves will all be getting six brand new units each.

It’s free, which is great, but it seems like some people will find a way to moan about anything when I took a glance at the forums and YouTube comments. Most of the ire seems to centre around these bonus units being for DLC factions rather than the base game. Obviously, Creative Assembly is hoping to a shift a few more Total War: Warhammer expansion packs with this, but it’s not as if these regiments merely existing is going to cost anyone anything. It's a nice little for those who bought the DLC, and that's about it. 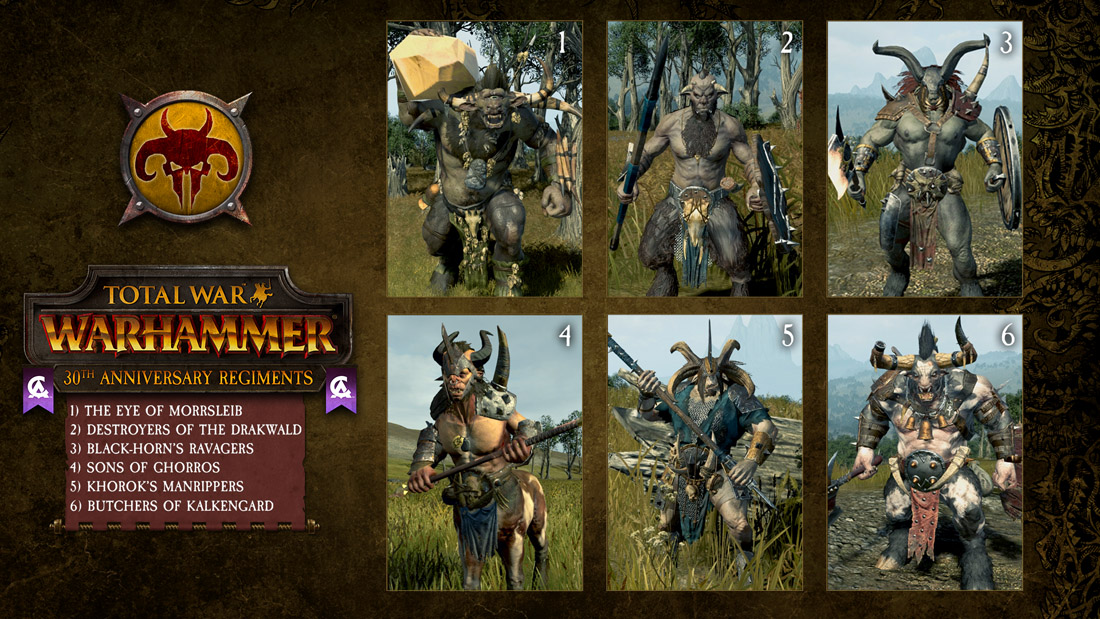 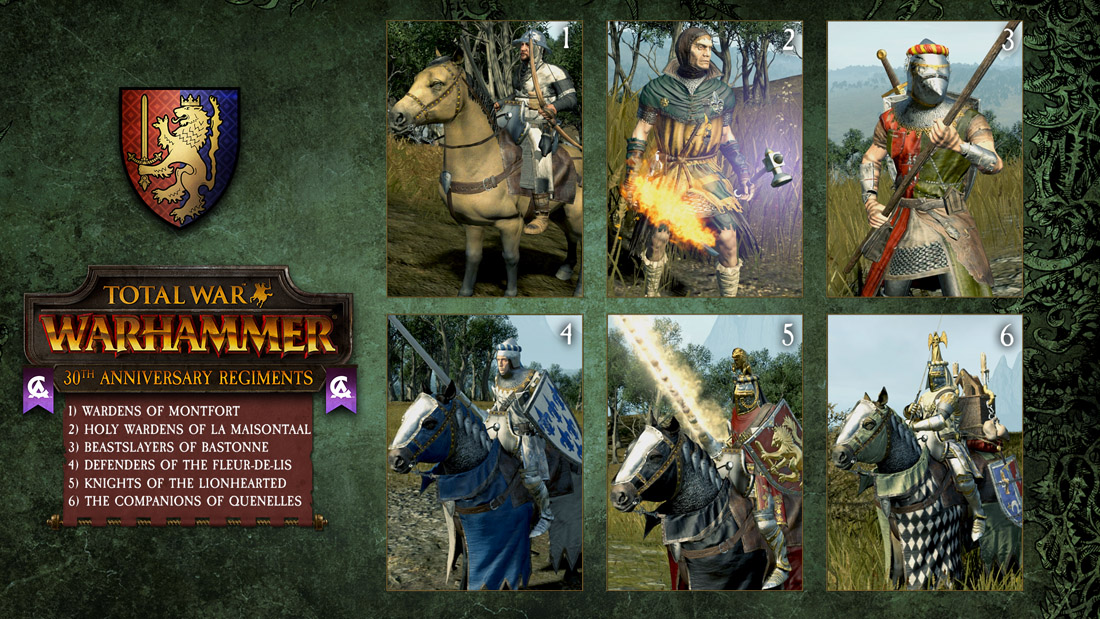 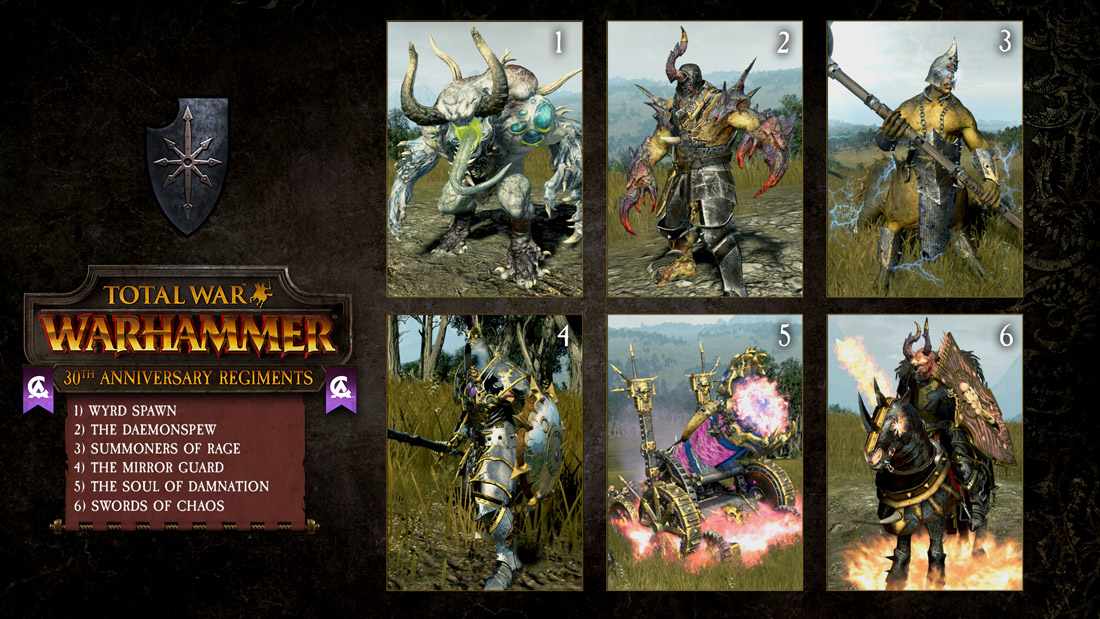 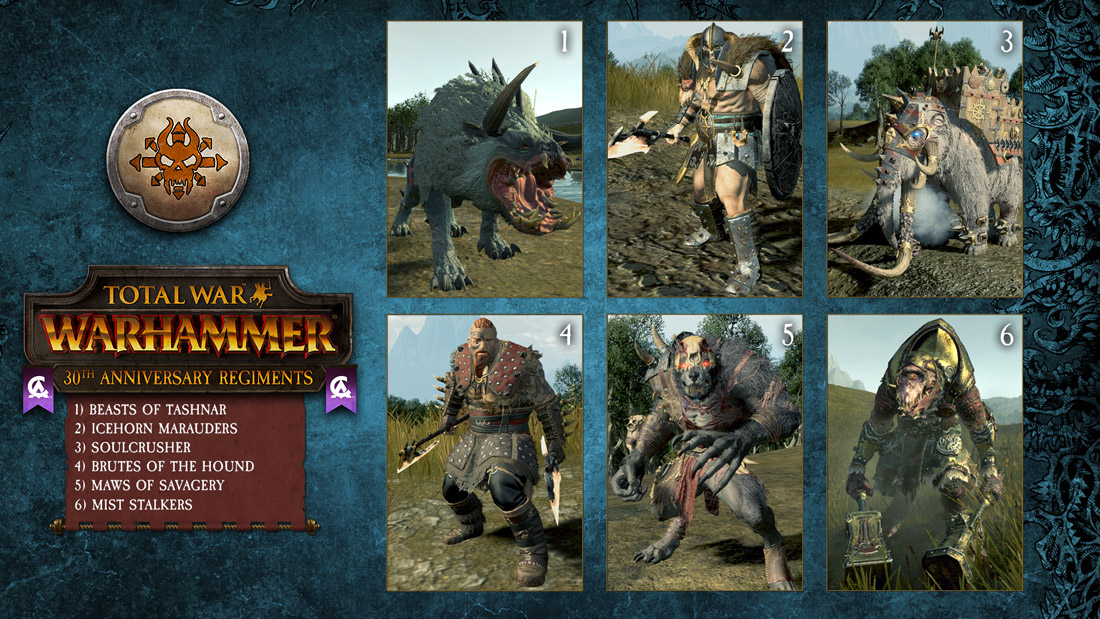 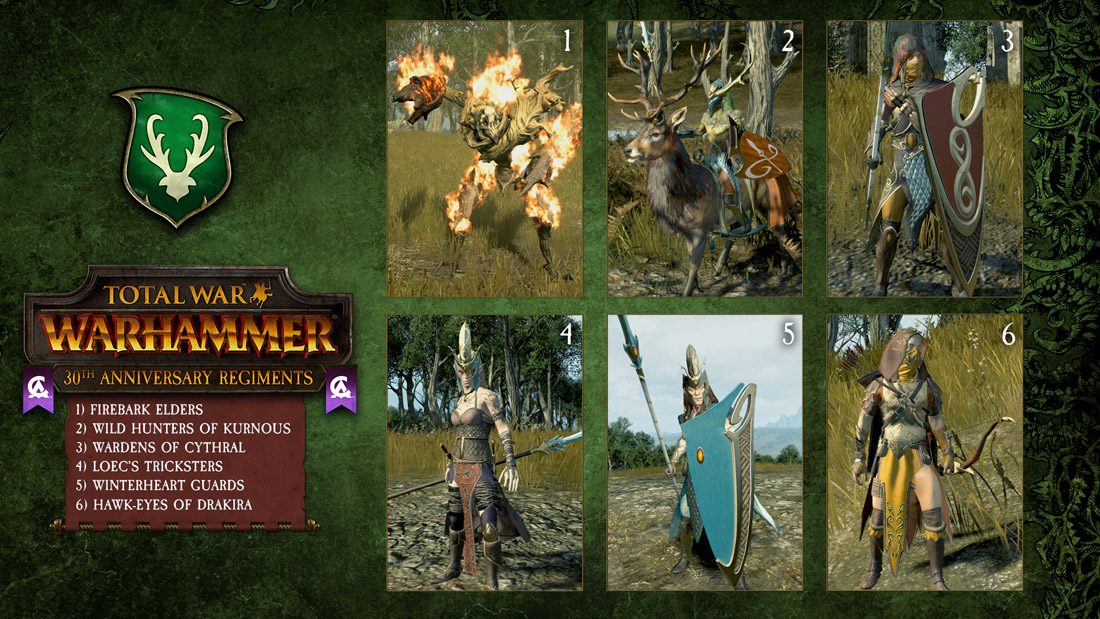 All the free units will be available from August 10th.

Lest we forget in this all Warhammer excitement, it's also Creative Assembly's birthday as well. Happy birthday CA! The studio started in 1987 in Horsham, UK, and started out porting Amiga titles to DOS and making rugby, cricket and Aussie Rules football games before eventually moving onto the Total War series in 2000. They currently have eight major projects in the works, including four unannounced games. At least one of these will be the next major historical Total War title, and we're hope, hope hoping that we get a reveal soon.

I hardly play anything else. (lack of archers is annoying though)