We’ve got a bit of a double whammy of Rainbow Six Siege news for you today. Last night the last major Operation Health update rolled out, alongside leaked images of a new Theme Park map arriving later this month. In the original Rainbow Six novel a number of children are held hostage at a fictional theme park, so this a nice nod to its roots.

We’ll start with the Theme Park which is part of the Hong Kong 3rd season. It’s a creepy abandoned theme park on the coast from the looks of it, featuring a Ferris wheel, merry-go-rounds, and what appears to be a building that houses the start of a rollercoaster. This is where all the action takes place, split over two floors once more. Sadly we still haven’t had a three-story map since Favela, and the wait rumbles on.

In Theme Park there looks to be a lot of tight corridor action; the upper floor split in two by the coaster or monorail tracks. Staircases can be found to east and west. On the west it's your standard staircase, while to the one to east is our first ever, ahem, imperial staircase. It's split into two divided flights which could prove interesting. 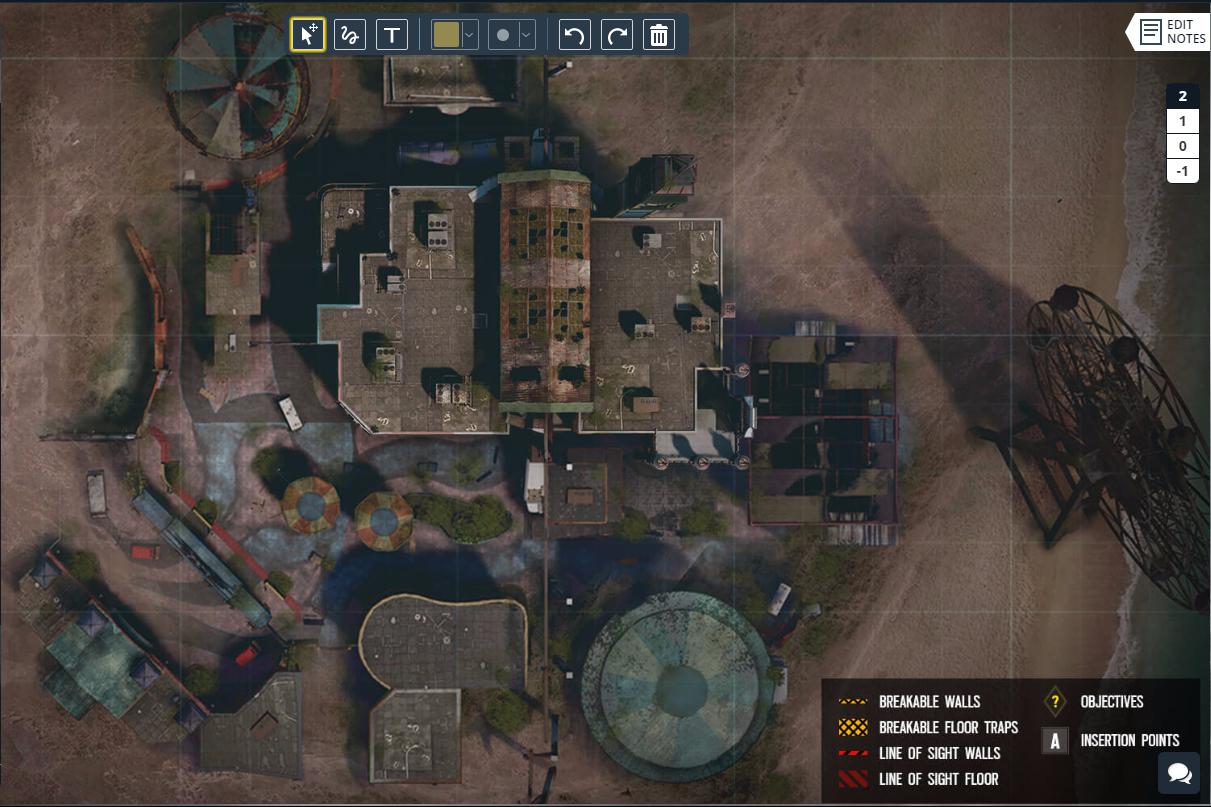 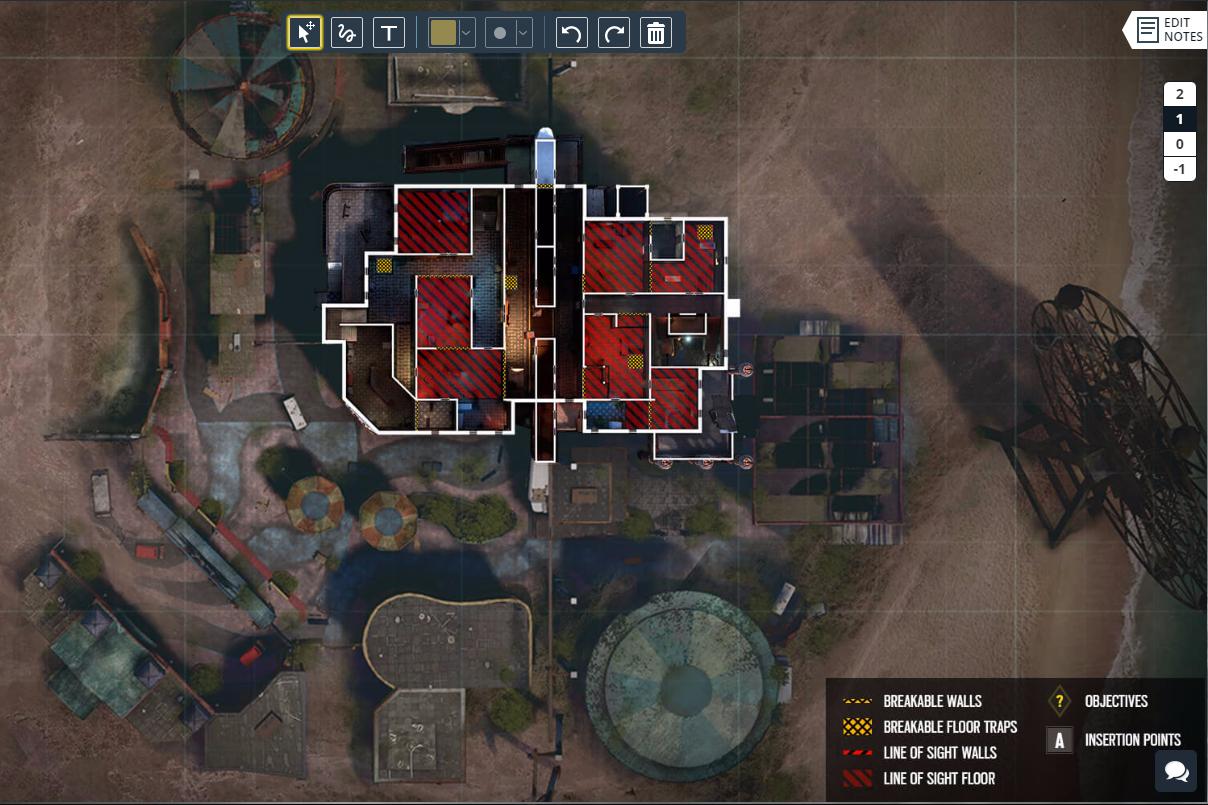 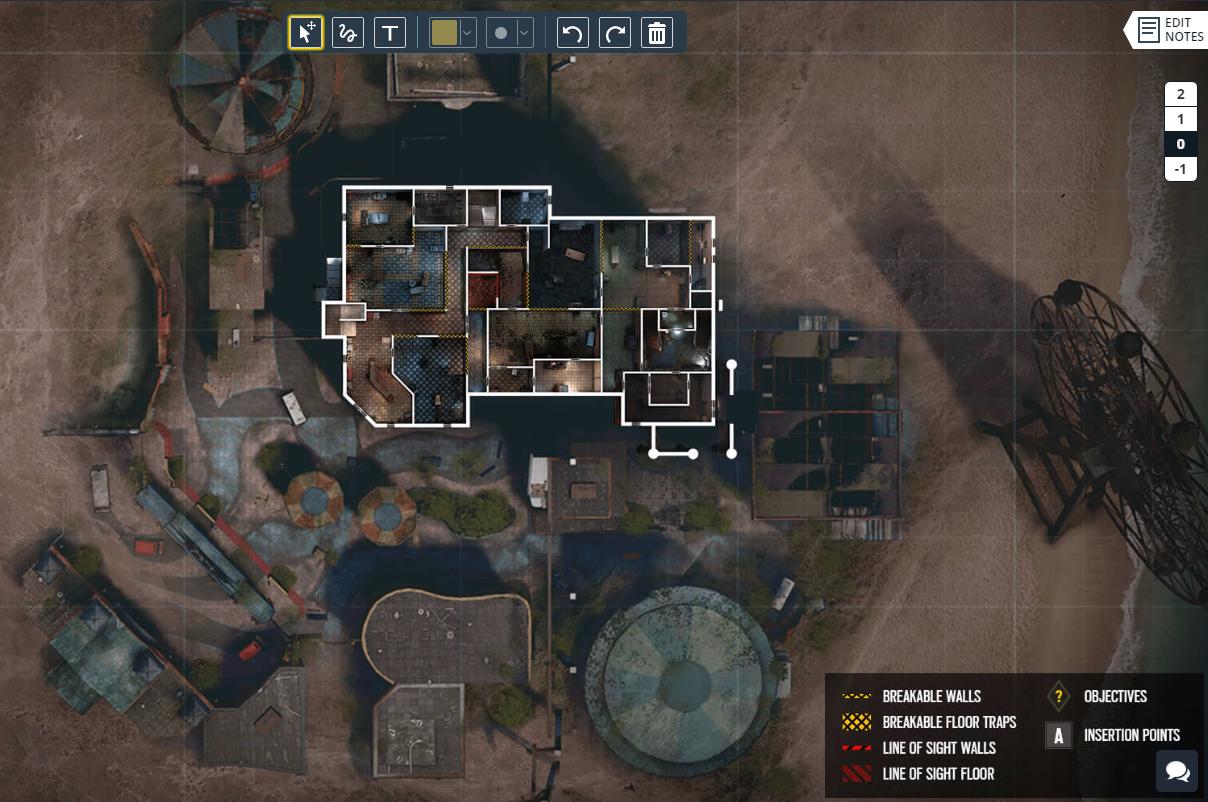 Last night Rainbow Six Siege’s Title Update 2.2.2 also rolled out, bring the final suite of Operation Health changes before the Season 3 Title Update. The big news is dedicated servers for both custom matches and terrorist hunt. Now, if the host drops out, players will be longer be disconnected from a server. You’ll also be able to run Custom Matches without a full lobby which could be handy for folks without an army of friends on at any one time.

There are also new dedicated servers for in-game voice with Vivox integration. This allows for higher quality voice communication while using less bandits. Amusingly, Ubisoft says “this new voice chat solution will provide all players with an ability to more clearly communicate with their teammates, especially after one of them Fuzes the hostage.” Which, uh, kinda sounds like an open invitation to abuse someone. Hard to argue they don’t deserve it though, provided they aren’t low-level.

Lastly, and I think perhaps most importantly, there are now more accurate vaulting while aiming animations. I can’t for the life of me understand why this has only just been sorted out, but now when a player vaults through a window they will be facing the correct direction to other players, rather than defaulting to strain forward. No longer will we be called by someone who appears to not even be looking at us.

The final bits and bobs of Operation Health are going to be rolling out during Season 3 - Hong Kong, and will include upgrade servers to improve hit registration, desyncs and latency, the removal of peer to peer voice & party features, and LAN mode on PlayStation 4.

Rainbow Six Siege 2.2.2 is available now on all platforms. Year 2 Season 3 - Hong Kong will be out within the next few weeks, containing the Theme Park map and three new Operators.

Now I know they fixed a lot, but the sad thing is this probably 1/3 of everything... :/

Thats true but it's come a long way. I'm not looking forward to that 2.3 26gb patch though, going to take me hours. Luckily i get fiber with 200/100 in october so after taht should be a blast, literally lol.

And I'm unlucky, at my parents I have 300/200mbps up/down, here at my grandma/pa i have 120/80mbps, but since last week my steam,origin and other DRM speeds have dropped or more accurately they are over the place from 500KB/s to 14Mb/s and it constantly moves... while my speed is still the same to the servers, IDK what my ISP screwed up...

That could just be a w10 issue if you haven't tried flushing DNS and renewing IP and all that. A friend of mine couldnt connect to me in siege for a month straight, he got his new PC and we connect every single time even though he has the same connection, same Moderate NAT type, same powerline adapters, its very VERY odd. Could be a bunch of things.