It’s been almost six long painful months since a new content update for Rainbow Six Siege, but Ubisoft has at long last revealed Operation Blood Orchid. The new content drop will include the recently leaked Theme Park map, alongside two new operators from Hong Kong and a single Polish operator.

Rainbow Six Siege’s Year Two Season Two content made way for Operation Health, a patch blitzkrieg from Ubisoft designed to give the team time to fix the many and wide issues with Siege’s online service, including one-step matchmaking, better servers, improved hit detection and server sync.

Operation Health comes to a close with one more major update to join Year Two Season Three, a bandwidth crippling 15GB+ patch. Rolled into Operation Blood Orchid, the patch and the new content will be ready to go live on August 29th. 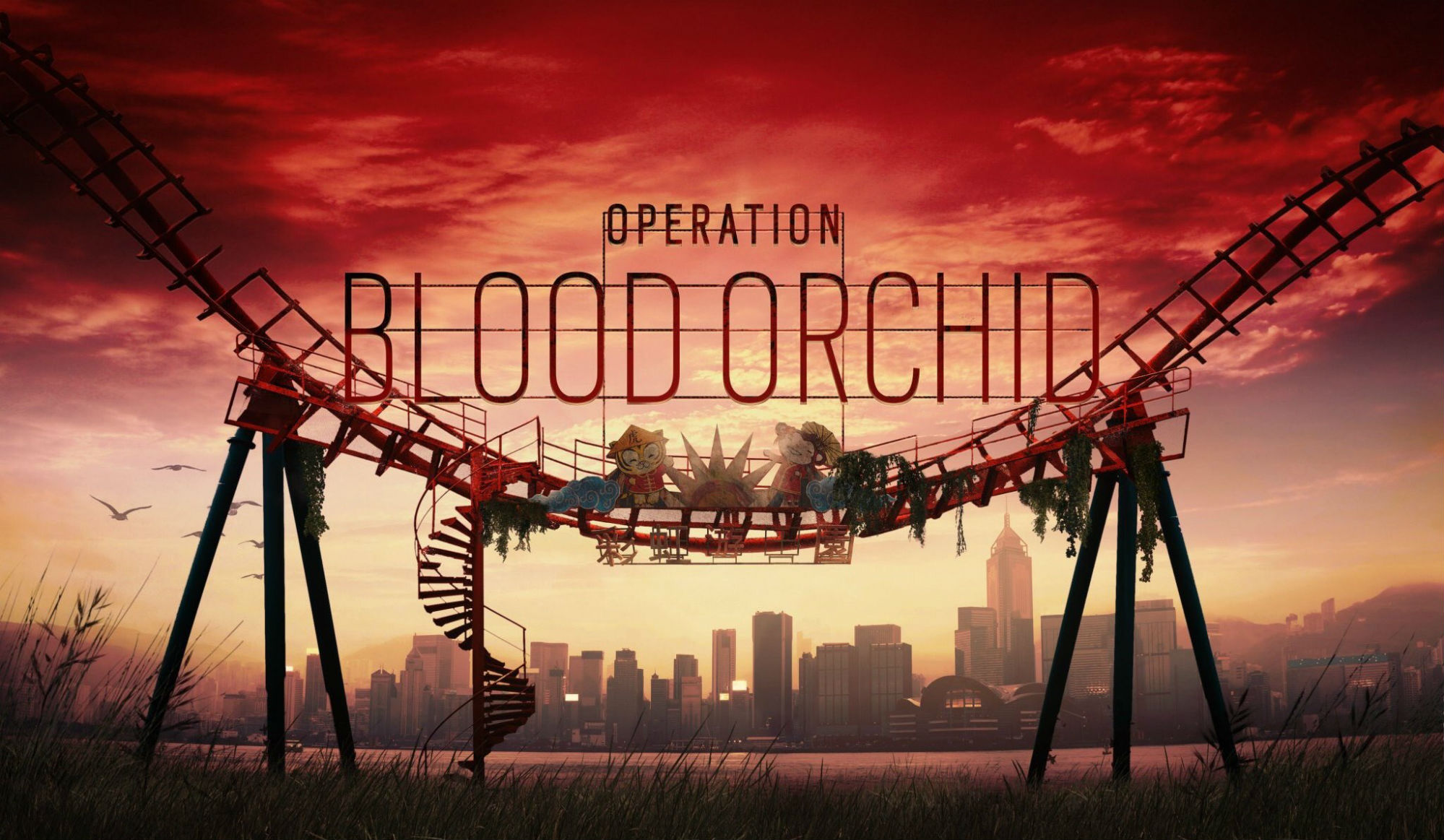 We’ve got the full details on the Theme Park map here, but suffice to say it looks like an abandoned amusement park, complete with a roller coaster, Ferris wheel, and merry-go-rounds. The core of the action will be centred around the rollercoaster’s queue entrance, a twisting two story building that could hold one or two surprises.

As for the operators, this is the first ever time three will have dropped at once. A further three will also be included in Season 4. Two of the operators will be called Caltrop and Dazzler, although it’s unclear just exactly how their special abilities are going to work yet. Recent leaks suggest at least one will have Smoke-style toxic gas, possibly dispersed from proximity mines.

We shouldn’t have too long to wait until all the gory details though. Rainbow Six Siege - Operation Blood Orchid will be ready to be revealed alongside the finals of the Rainbow Six Pro League at Gamescom, which takes place from August 25-26.

It's good I guess, but I wish the game wasn't so unstable, I have the best connection in the lobby, yet it still has me lagging here and there - just at the wrong place and wrong time, got kicked twice today just for that :(

Makes no sense, if they want to sell their dumb season pass or whatever that gives you the operators, they need to make them OP so that those "competitive" players buy them instantly to have an advantage, it's been working for them so far.

its finally happening after all the wait, my only hope now is that the operators will have some fresh an game changing abilities.
also the new map will be similar to Border in my opinion.

Goobisoft promises 4 new maps, and 8 new operators for the season year 2. Now we are getting 8 new operators and only 3 new maps. My take on this: operation health, should've been a back-end project, and shouldn't take the fore-front over content updates. Granted the game was horrid, but stopping content updates for bug fixes is wrong!

They didn't do anything exept one-step matchmaking. They even ***ed up hit registration,which worked good enough before the op. health. Now it's sht.
I would gladly take back the game we had just before the launch of op. health instead the game we have now. I can live with longer matchmaking times,but headshots not registering (especially in a game like this one) get me raging constantly.

its because of all the whining about the game bugs that they decided to delay the Hong Kong season and i gotta admit that matchmaking is way better now. also dont forget that Operation Health hasnt ended yet and the final patch will introduce new/better servers and a also redone texture quality and maps lightning which is a tremendous work to be done

i am also upset about not having 4 new maps but thats not the reason people are hating on the Operation Health, it is because it caught us by surprise and we had to wait for 6 months for the new contents {-}7

Are we complaining about free stuff now?

I'm only complaining about hit registration they screwed up DURING the op. health

Well that's fair enough. Complaining about getting 3 free maps instead of 4 seems a bit pointless though.

I agree with potatojohn, ubisoft is a massive company with massive development teams... if they were NOT greedy and did NOT mind going negative for a month or two, they could have been fixing the game in the background while adding content at the same time.

Pot calling the kettle black, don't you think? Ubisoft deserves everything it gets for poor servers and a buggy game, but not for giving out less free content than players demand.