Over the weekend during the International Dota 2 championships one of the world’s top players, Danil ‘Dendi’ Ishutin head up to the main stage to take on a highly trained OpenAI bot. They squared off in a 1-vs-1, with the OpenAI bot coming out on top twice in a best of three. Bow down to our robot overlords.

1v1 Dota 2 is unsurprisingly a very different beast to 5v5, relying on much trickery and planning to deceive opponents and come out on top. According to OpenAI, in 1v1 there is little correlation between player skill and actions-per-minute, so this mode is weighted more towards tactical choices than your average Dota 2 match. The OpenAI bot reflects with, with actions-per-minute comparable to an “average human player.”

OpenAI claims its bots are able to learn from opponents and adapt accordingly. It achieves entirely through self-play, churning through match after match in order to help predict where other players are likely to move in particular situations, how to adapt to odd scenarios, and how to influence the opposing player’s allied units.

Dota 2 really is the new chess isn’t it, this time played at a breakneck pace that seems to be handing the machines the advantage over us mere mortals. The next phase of the OpenAI project is to create a team of Dota 2 bots for 5v5 action. While the core remains the same, these new bots are going to have to learn the concept of teamwork to come out on top.

This level of AI is needed in WWE games.

I have been following and playing dota for almost 10 years now and that thing was scary good. You could tell it's impossible for a player to beat it. The absolute best player on the world isn't a thing but the bot definitely beat the top of the top with ease. Let's see if we can do it in 5v5 next year vs the botnet :P.

The thought that a "machine" can learn something faster than a human, or that they could surpass our petty ambitions?

Well, actually its not learning faster than us. This bot has spent several human lifetimes of pure training in this 1v1 scenario :P. All thanks to our ever increasing computing power.

Both.
I hope there is no robot uprising.
I don't want Overwatch to become a reality where i die

How about when/if but more likely when, mankind figures out what consciousness is, we don't try to kill it out of "our" fears for what it is, or for what it could one day be.

I would say some individuals are extremely dumb, and they bring the stupid index way down 4 everyone else.

Not referring to you here. :)

Beware. For the bots have arrived!
Good thing I don't play DOTA :P

I've seen the TI match and I can say I'm not really impressed.A lot of game factors were missing from the match with the bot.It only has super-fast reflexes and super-precise positioning,but complex decision making is nowhere to be found here.It was limited to one lane,even without the runes.Match conditions were set accordingly to require only those traits and not decision making.I wish to see it in a game,but oh wait,it can't learn or play a real match.

So this bot learns like a human, seems dangerous if given ample time to learn the moves

It does the same thing that ppl do, just faster.

To be fair how would it be fair to be fighting against such an opponent that always lears so fast and can react so fast. It can probably go as far as being a hack even, but since i don't know how it works i can't really say how fair it is. And we have to keep in mind that the AI may as well have it's full attention to the game while a human cannot really go beyond 10% brain usage. (don't know how accurate this is for everyone)

It's not supposed to be fair.

I think the word fair has gained some strange suggestions.

dude the only one using 10% of their brain is the creators of that movie Lucy where they said it! LoL

Ok boys i got it, i don't know much of anything and you have actual information. Now if you're wondering why im so stupid, it's because i have acquired the wrong kind of info appereantly. Sorry, it is totally my fault that i don't decide to doubt everything i hear and just leave it as normal info in my brain. Sorry again. 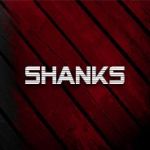 Well the Bot was defeated several times by now. OpenAI challenged the community granting the first 50 player who beat the Bot a very rare DotA cosmetic item. They went out of stock fast

All that does is just make the bot smarter. 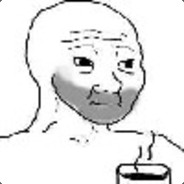 We have all seen what happens....mhm skynet mhm..

Ok enough with skynet already. It was created out of fear plain and simple (watched all Terminator movies btw XD).
Here's a novel idea, don't be an ahole to each other, therefore no need for skynet and maybe, just maybe the "AI" will start to think, hhhhhhmmmmmmmmmmmm maybe they aren't so bad after all and we all live happy ever after.
THE END

How do I get this?
I need this to get better at my game...

It would be a great training tool though. It would constantly learn to beat your playstyle, forcing you to adapt

The great thing about an AI that learns, is that it can make millions of calculations in a split second, while a human can't. A smart enough AI can not get beaten by a human. Same in a vehicle, you can not beat ABS.