Phew, we're nearly done with the first batch of eliminations folks, hang in there. It's round 14 of 16 for the quarter-finals, 13 games already securing their place in the semis and the chance to be crowned the greatest gaming series. It's the turn of a few giants now, together with their more thoughtful counterparts. It's (epilepsy warning) Pokemon v Sonic v Knights of the Old Republic v Colin McRae to decide the best videogame series of all time.

In truth, Sonic's time in the limelight was vanishingly small. Sega only had a period of four or five years where it could legitimately be called a successful console manufacturer before it was wiped off the face of the Earth by Sony, Nintendo and Microsoft. Sega's back now, and arguably better than ever thanks to its huge PC presence, but it's Sonic for which it will always be associated. The blue hedgehog was the 'edgy' anti-Mario, his gotta-go-fast mentality and desperate urge to be cool the yin to Mario's yang. It's worked though, with the Sonic series shifting more than 150 million games. As a series it's had more lows than highs, but we're hopefully Sonic Mania gets it firmly back on track this month.

It may be sacrilege, but I consider Star Wars: Knights of the Old Republic to be the last of the truly great BioWare games. It was, and still is, the ultimate Star Wars game, with dense, intricate plot lines, a branching narrative and otherworldly exploring that was second to none. Somehow the excellent Obsidian matched it with the sequel though, collectively delivering one of finest sci-fi RPG series of all time. Sadly the third was cancelled, but fans' hunger was sated somewhat by the arrival of The Old Republic, an excellent KOTOR game sadly wrapped up in unnecessary MMO furnishings. If BioWare wants to come back with a bang after the sorry mess that was Mass Effect Andromeda, look no further than a Knights of the Old Republic 3.

The archetypal rally-racing game, Colin McRae came along and smashed all the imitators into the dirt. It's a series that has always offered some of the tighest, purest racing thrills around, and the shift to the Dirt series has given it new life thanks to additional racing disciplines. Since the sad death of the titular Colin McRae in 2007 the series has pretty much lived on as Dirt, remaining a top racing contender to this day.

Wow a nintendo ip wining in game debate (pc gamer dominated community ). Its no joke that pokemon is the strongest system seller to exist.

Pokémon HANDS DOWN :D I simply cannot state my love for these pocket monsters. My favorite Pokémon game has to be... Crystal. Man that was an awesome game for it's time. And the new ones are pretty cool too but that was something else. I remember playing Crystal the night of one of my exams but I went on to fail in that because I never studied. I just wanted to beat Brock's gym at the time and I achieved that (after a lot of struggle) so took that as my consolation :P I passed that particular subject on my second try.

You forgot Sonic Unleashed, for me Sonic is my favourite category, I've never played any of the others.

Wow a nintendo ip wining in game debate (pc gamer dominated community ). Its no joke that pokemon is the strongest system seller to exist.

Did you really need to kill the competing selections by adding pokemon to it? I hate pokemon, but even I know that's one of the greatest IPs to ever exist O_o

Btw Sonic wouldn't have stood a chance at all against any major franchise today, especially since the only good Sonic games are 1,2,Colors, and Mania.

At this rate, Pokemon will be the only game in the semi-finals where the objective isn't to just kill things.

yeah,it's worse.The objective is to enslave creatures and make them fight each other

Under age gambling
Animals forced to fight.
I saw once a list of reasons why pokemon is absolut evil
Just like PETA made a series to show pokemon is animal abuse

They don't have it so bad in there

Since when is dragon age inquisition a racing game 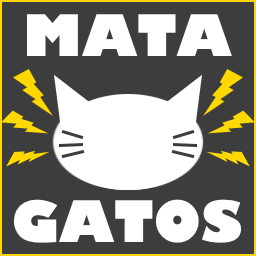 I laughed when I saw that xD

No one expected the [spanish] Inquisition

Well...there was this quest where you had to race your very slow horse around a farm...