We've made it. There are just four rounds to go until the final. Only 16 games remain. 48 have been knocked into oblivion, the remaining few competing for the title of best videogame series of all time. It's time for four absolute giants to slug it out, it's Grand Theft Auto v Half-Life v Far Cry v BioShock, each staking a claiming as gaming's greatest franchise in 2017. The rules are simple - just vote for your favourite game series below.

All previous rounds' voting is closing imminently, so visit now for the last chance to have your say.

com on guys who does not love GTA.

I like GTA for the fun, but I love BioShock for the actors.

As soon as I saw "grand theft auto" is an option in the title I knew it already won, imo the game is basically overrated.
No flamewar please it's just an opinion.

Maybe Overrated, a little bit. But who cares. haha!

GTA vs FarCry for me, hmmm, as a franchise I like FarCry more

As a franchise I like GTA. Far Cry doesnt have some consistency in giving good games.

P.S. GTA figures make me wanna die... I will never understand what people like so much about GTA and I own most of them and always give them a chance... but to me they end up really boring every time, due to lack of gameplay and content depth and things to do for more than 5 minutes per activity, apart from the main story... -_-

These figures would have made sense, if they were for the first GTA games: For example, GTA 3 was a revolutionary game, that gave meaning to the word "open-world experience"! After that, though, after so many other games with the same formula, I do not get it also why GTA 5 is so successful... it's content is a lot, but bland

I mean, I like GTA's characters (Michael, CJ, Big Smoke,...) but the story of those games is - I don't know - always so boring to me and never manages to capture my attention for too long.
Dunno, after some point I always end up going on random killing sprees and stop giving a damn about the "actual" game.

I actually finished all the Missions from GTA 5, but it just didn't feel like the old GTA games. Don't know if it was because I was playing on an Xbox 360 (which wasn't mine, was playing the game in the officer recreation room), or that there were 3 char to play. I'm still divided on the story part of GTA 5. For some reason I feel like GTA 4 story is better than that of GTA 5.

GTA 4 was very interesting / original in story telling! As long as you could run the game properly, that is...

True. The hardware at the time couldn't run the game very well. It's not a problem today at least. 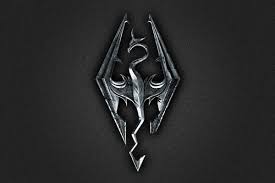 Soooo ... in Semi-Final 3 We will see the witcher and TES in the same poll Sigh that's physically painful 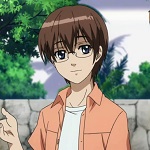 GTA is gonna win no matter what. May as well skipped all these days of voting, because we all know GTA is way too popular to lose. If it doesn't win I'll be shocked and glad.

If you look closely at the results you'll find that all those youtube games get an incredible amount of votes.
I always thought that viral marketing was a joke and people just like what they like. I f anything these polls made me realize how important viral marketing seems to be.
So yeah, same for me. I'd be very much shocked and glad.

I used to be amazed with GTA especially GTA vice city. But later iterations especially GTA V let me down with their gameplay. It felt too childish for me, too easy and the main story took me 3 days to complete. Game felt too short.

let's hope GTA VI will be in Vice City , GTA vice city is the best gta for me , nostalgia and great music.

GTA has always been childish lol, you just grew up. Childish can still be fun though. Rockstar can't say this but it's a game series laser targeted at 14-year-olds.

Spoiler alert GTA win the whole thing, i loved farcry 3 but theres no comparison gta is a legend and practically started open world games and reflected on the times, and is a cultural stand point, people don't even play games know of gta...

Half-lifes were amazing and revolutionary games, but they really do suck as a franchise - I mean they never even wrapped up the story and completely disappeared after HL2E2 :D

I can see your point, but god damn was HL2 a brilliant game!
I can honestly respect Valve for not going on a milking spree and releasing half assed HL games, but actually admitting that they weren't able to deliver a game that'd be a worthy sequel, and simply not doing it.
To me that's far better than what competitors regularly do, aka releasing bad sequels to an amazing game.

Half-Life got my vote !

Poor Half Life with its 16 copies only sold

It says half-lift on the poll.