So the short answer is: No, the requirements are fine. But, you can't help but notice a small imbalance in the equivalent manufacturer hardware the devs have paired. In the minimum requirements the devs suggest a hexacore AMD FX 6300 processor would run the game well, but pairing it with the intel sandy bridge i3 seems a little odd. However, sometimes the architecture of the different manufacturers provides different boons to certain game engines.

Moving on to the minimum required graphics cards for Martyr Inquisitor, no surprises here. HD 7850 and GTX 760 are fairly old now, so most GPUs nowadays would be able to run Inquisitor Martyr just fine. The biggest thing that struck me is the RAM though. It has been quite a while since I have seen any developer recommending a game that will run on 4GB of RAM. Most games nowadays very rarely recommend 6GB RAM as minimum, so it may be that Inquisitor Martyr isn't resource heavy.

In regards to recommended GPUs, both GTX 1060 and RX 480 are powerful modern cards. Considering we have a whole galactic universe to explore we assume there will be a lot of rendering in WH40K Martyr Inquisitor.

Neocore Games have also published the entire development roadmap for Inquisitor Martyr. The game was released yesterday on Early Access and will receive an event update in October, in which a Black Legion faction will be added, as well as a test season that will run for around 4-6 weeks. The full game release has been queued for early next year, Q1 2018. 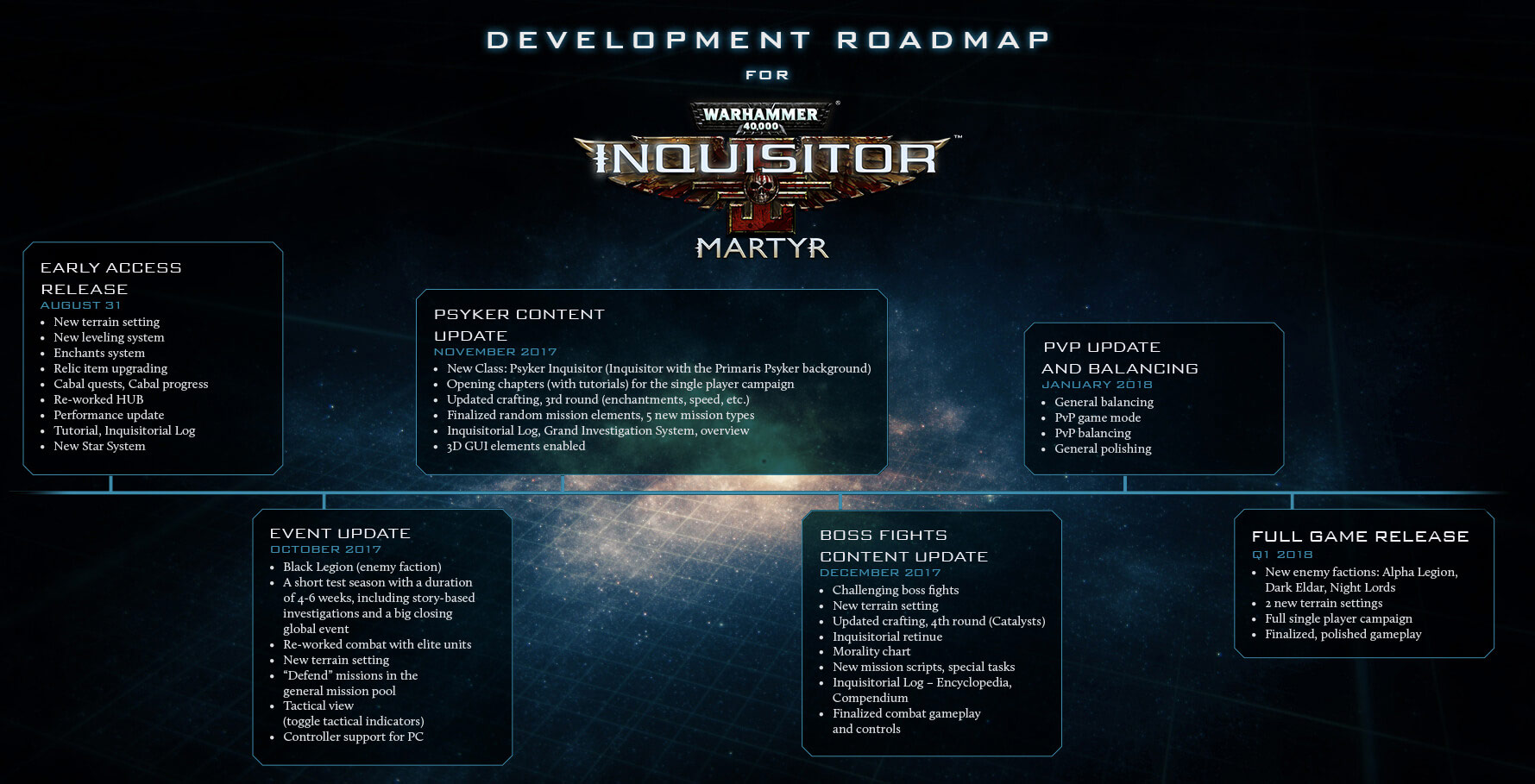