Laces up, it's time for another season of shooting hoops. NBA 2K18's back after a brief time out, this time with revamped visuals, a story-driven manager mode, and of course the latest rosters. If you love the sight of bouncing balls, look no further than NBA 2K18. A new outing means new specs though, so if you're preparing to step onto the court next week, here are the official NBA 2K18 PC system requirements.

I've no doubt that the vast majority of people looking to pick up NBA 2K18 probably played NBA 2K17 last year. Us sports fans are suckers for our yearly iterations. Using NBA 2K17 as a jumping off point, the system requirements for NBA 2K18 are very similar indeed. NBA 2K18's minimum specs required to play are identical to last year except for a slight bump in the graphics card department. First-gen DX11 cards will still do the job, but you'll now require the marginally faster GeForce GTS 450 or Radeon HD 6770. It's not a huge difference and I should imagine most people should be able to run NBA 2K18 on low graphics with ease.

As for the recommended specs, this is what you'll need to play NBA 2K18 in all its sweat-dripping graphical glory. These remain 100% identical to last year. No changes whatsoever. If you could max out NBA 2K17, you can max out NBA 2K18's graphics.

Aside from this, the only other major thing to watch out for is an installation size larger than Hasheem Thabeet. 70GB available hard drive space will be required to install NBA 2K18, although the actual download should be a fair bit smaller.

As ever, remember you can always check out how well your PC can run the NBA 2K18 System Requirements here, where you can check benchmarking and performance from other users. Compare your graphics card to the NBA 2K18 GPU benchmark chart and we also have an NBA 2K18 Frames Per Second system performance chart for you to check.

Is this extremely optimised or what? Such low requirements and such good graphics? Good Job 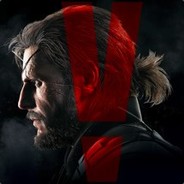 Are his arms clipping in the top picture? :D

sports games are pretty easy on the hardware, all that needs rendered is one small room or stadium, the players, and the crowds, and assets can be repeated here as long as you space out the repeats to avoid making it blatantly obvious.... kinda like fighting and racing games... it just doesn't require much grunt.

TClaw and yet they can't do even that properly lol I swear sports games get waay too much credit than they should.

What do you mean; Sports games are some of the best running ones you can find....