3D Realms, the creators of Duke Nukem, are now developing a new IP - Earth No More, which is being described as a first-person shooter.

3D Realms are going through tough times. Having lost the trust of certain publishers while a handful of major titles have been passed over to other developers. But they are now displaying signs of a come back with Earth No More. Heres how...

The game is set in post-apocalyptic era on the Radar Group, also publishing the title, and is going to be the first major title under 3D Realms since Prey.

The game was initiated back in 2007 by Recoil Games who started the game to rival Mass Effect but was later passed on to 3D Realms; which was then put on the back-burner for financial reasons. After a frustrating gap they have rekindled the project with the help of crowdfundings. 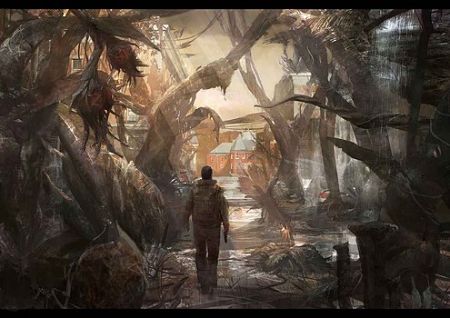 Something more about the game, "Mankind's relentless destruction of Earth awakens a biological response from deep within the planet's crust that threatens an environmental apocalypse." 3D Realms wants to mark it's comeback with this huge title and expect them to do so with force.

3D Realms' Prey 2 was transferred to Radar Group, who are managers of many games but even they couldn't cope with the game's strenuous production schedule and they gave the rights to Bethesda Softworks. This year Bethesda publicly announced that Prey 2 would not be shelved, despite growing concerns that even Bethesda would not be able to bring the title to market. Felix saw a gameplay demo for Prey 2 at E3 2011 and named it his game of the show. GD are optimistic that Prey 2 will be released at some point next year, but at this point we can only...Pray. Sorry, I had to! 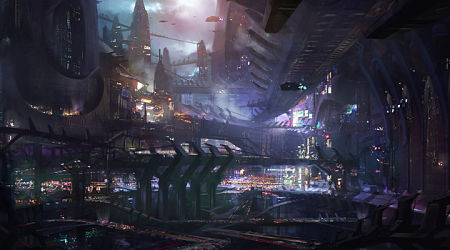 News on Earth No More is still scarce but be sure GD will let you in when there's more.

So, are you excited for 3D Realms' upcoming game? Or are you tired of post-apocalyptic games and want Prey 2 instead? Let us know with your comments below!

duke was awesome ! so this will also be :D

Except for the last one, Yea! Absolutely ;)

yeah forever was not even close to duke nukem 3d :D

I have high hopes for 3D Realms, let's hope they deliver ;)

I'm sure they will,especialy for prey 2 :D

Prey 2 is not 3DRealms' property anymore. Bethesda owns it now and will most probably develop it themselves :)

Ooooh,tnx buddy :D
Well Bethesda gave us some great games before and game like Dishonored(which i think it will be good) so I think Bethesda will make prey 2 very good :D (I'm always optimistic,I think that's good thing xDD )....

And that's how you should be ;)
Don't forget Bethesda's Skyrim :p

And who could forget how they raped Fallout... :'(

I haven't played any fallout yet so would fallout 3 be a good start????? =D

HAhahhaha :DD And so the terror of a great Tero was upon me and....(stay tuned,will be continued) xDDD

I'l live this one to Tero :p

Hey,I'm still alive :DDD
But not for long if Tero finds me xD

For modern gamers, I suggest you start with F3 ;)
If you're ready for a challenge and want something special from your games (and don't mind 90's graphics), you should start with Fallout 1 :D
Once you beat that, you're ready for Fallout 2 which just happens to be the greatest game ever created in my opinion :P

Thanks :D...My friend(back in Serbia) is huge fan of fallout series,he has every game so I'll borow them(saving money for few more games) :DD

I really hope this game is good!

Great article Taher :DD Both of these games will be great for sure :D
And on this ,,So, are you excited for 3D Realms' upcoming game? Or are you tired of post-apocalyptic games and want Prey 2 instead?'', my respond would be BOTH games defenitely :D

Well yeah,I like games like prey(played first one and I love it :DD ).but I also like post-apocaliptyc games so both will be fine for me Lol xD :D

Defenitely it is :DD