The now-independent Io Interactive has teased brand new Hitman content coming our way later this month. They’ve asked murder simulator fans to ‘save the date’, with an official announcement set to take place on October 24th at 2pm CEST.

Io Interactive also included a teaser image, which is either a man worshipping a naked mini-roll or the new Ubisoft logo, take your pick. 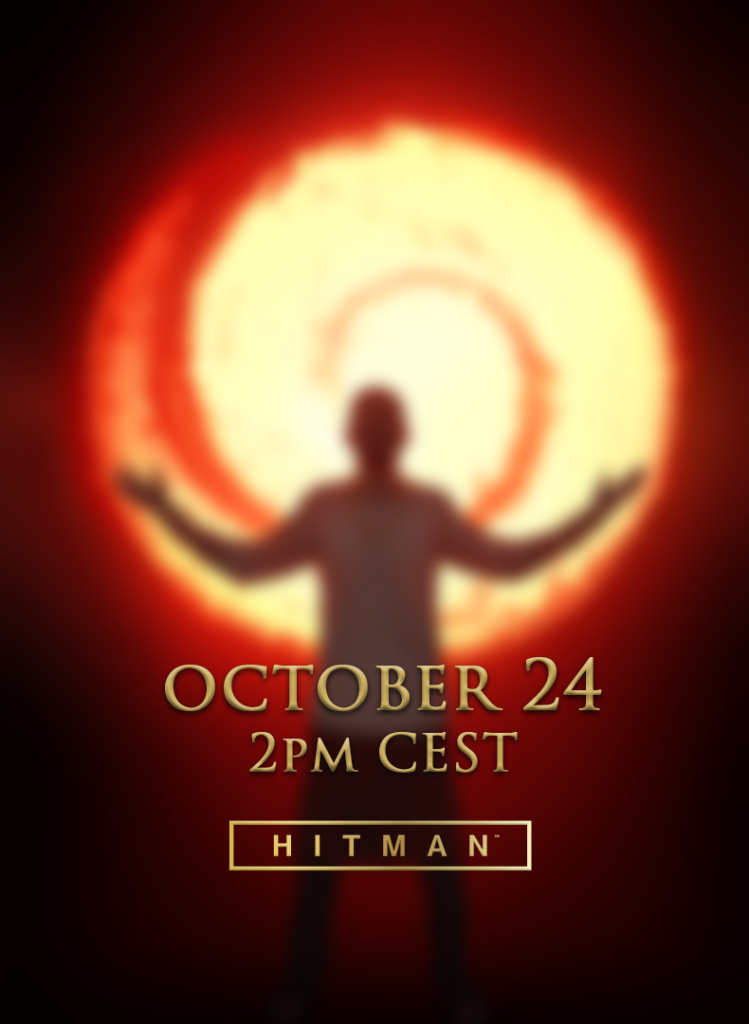 Before you go getting excited that this is going to be Hitman: Season 2, Io Interactive has categorically said it isn’t. “We’re going to let the announcement itself do all the talking, but there is one thing we want to clarify before then; this upcoming content is not “Season 2”. We’re saying that now to keep expectations in check.”

If I had to guess it would be another mission pack for Hitman: Season 1, but the rumour mill is in full swing that it could be something even crazier - potentially even Io cosying up with another publisher after parting ways with Square Enix.

It’s all going down on October 24th then, so we’ll be sure to provide an update then.

It's probably some crap mobile phone hitman game.
Hitman go 2 or some crap like that.
These kind of announcements are always a disappointment.

Agh, darn, I haven't even played the latest Hitman...just installed it, actually, so I guess I'd better get started.

What if its a prequel ?

More like a tie-in. There's a story cinematic in the game that literally has missions from the previous Hitman games (Hitman 1, Blood Money, even Absolution!), lol.

You played Hitman 1 and 2 ? I played from Contracts and on but never got chance to play 1 & 2. Can I know the basic story about what happend ?

Now that Hitman as a franchise is free (of greedy publisher that forced stupid online stuff and plague denuvo) i can see only good things in the future, thumbs up and aim high Hitman !

Can someone educate me on whether a brand like hitman still needs a publisher?

you are right they do not!

Hey there!
Well, a response to that would really depend on the scale of game Io is planning to develop. According to my knowledge, a publisher's main priority is to finance the development of the game. Bigger the game = bigger the resources and tools = bigger the budget. That's where these publishers come in and fund the developers, mostly in stages. They are also vastly responsible for the marketing and distribution expenses of a particular game/franchise as well. So yes, Square Enix probably wasn't making enough profit to justify the expenses on Hitman which is why they let it go.
Io's cash reserves is what will determine whether they get a new publisher or not. I'm pretty sure Hitman has enough goodwill that a publisher would be happy to pick it up. Let's see what happens :)
Hope that answered your question. Have a good one!

Appreciate the response. The financial aspect I didnt consider. I kept thinking publishers were only there to sell the product (like retailers, which are slowly being phased out in a lot of industries). If they give money, making them investors, that is obviously a big thing.

Can't keep it in check, can you?

Hitman by Ubisoft. That actually wouldn't be bad for keeping franchise alive and milked

Hahaha! U got thumbs down. People love Ubisoft here.

Ubisoft would take Hitman and all those lovely features that we like and...

" murder simulator " &#60<>> Classic.
They purposely blurred it so bad that, I am not sure whether we are seeing his back or front.

He is facing forward so it must be an announcement, but does not really look like ubisoft new logo though. It looks more like the old one.

The last Hitman sucked IMO. The Hitman series is just not suited for open-world. You'd run out of things to do and get bored VERY quickly from each map with almost non-existent plot. I wish it was like Absolution, THAT was a great Hitman

Absolution is actually the worst Hitman game I've played, and actually the only one I never finished in the franchise. Blood Money in my eyes was the pinnacle of the series with this new Hitman following closely behind sharing it's place with Hitman 2.
Absolution was way too closed and linear and the focus mechanic they added was my most hated feature in the whole franchise.

To each his own I guess,
I have also loved blood money as I have played it ALOT back in the days
About Absolution, IMO, there is nothing wrong with it being linear, and you find an equivalent to focus in pretty much most games now

Yeah! Blood Money was Good ( I played in 2013 ) . But Absolution didn't have that classic feel. That doesn't mean it wasn't Hitman. It had actually much more diverse ways to execute, than in previous games. I liked both and have no discrimnation.