Like a mythical unicorn cresting a hill, the Star Citizen Alpha 3.0 release with planetary landings is finally live. Hold on a second though, don’t go booting it up just yet. The Star Citizen 3.0 Alpha is only available to a limited group of backers known as the Evocati Test Flight, and they can give it a go on Star Citizen’s Public Test Universe (PSU). It’s not quite out for public consumption then, but it’s damn close.

Testing of the 3.0 update for Star Citizen will probably continue for the next few weeks as the team at Cloud Imperium Games gets business with bug-squashing and addressing user feedback. From there it’s time to roll it out to the unwashed masses, and it’s that moment where Star Citizen should transform from a collection of neat ideas into a genuine product. It’s still nowhere near done of course, and the Squadron 42 single-player campaign is missing in action, but we’re getting there bit by bit. 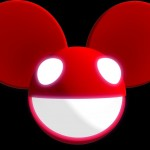 Light year is a measure of distance, not time though