Up For Debate - Does DRM Actually Affect Whether or Not You Buy a Game?

The likes of Denuvo Anti-Tamper DRM have been in the news a lot recently, and not for good reasons. Denuvo’s viewed as a creaking failure; a relic that no longer serves the purpose it was intended to fulfil. For some though, DRM is more than an inconvenience. It’s a sticking point. A barrier to ever buying a game.

You don’t have to look far to see the outrage surrounding just about any AAA release. The war cries and the chants of ‘boycott’. Whether everyone actually stays true to that promise is a different matter entirely though. Slightly different reasoning, but we all remember the classic COD: Modern Warfare 2 boycott. For some, even if they’re intrinsically opposed to DRM (or in that example, the lack of dedicated servers), the prospect of a game coming out they really want can make it difficult to resist. 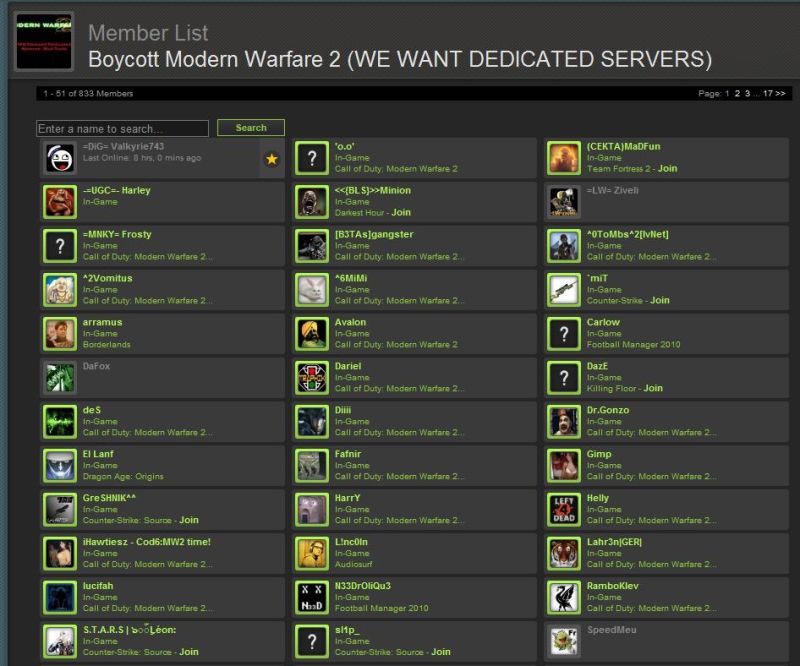 Now, it’s totally understandable why anyone would disapprove of DRM. For legitimate users, it’s just a barrier that you could do without. Over the years DRM has done everything from impact performance to spy on users, and they’re all players who’ve acquired the games through legal means. It’s a bit like those pesky piracy warnings you get for about five eternal minutes when you play a DVD, a feature which pirated copies can strip out almost instantaneously.

The flipside is that, with Denuvo in particular, I’ve personally never run into any problems. Of course, others out there may have, but from my end, I’ve played some games and not even found out they’ve even got Denuvo protection until after I’ve finished. Its impact on me is literally invisible, and for that reason, I hardly see it as a barrier between me and a great game I’ve been looking forward to. I kind of just want to play what I want, when I want, and any anger about the murkier side has just fallen by the wayside over the years.

So I thought it would be interesting to try and gather a consensus here on GD. Have you ever decided to not buy a game purely because of the DRM used? Do you withhold from playing the game at all, or are you then likely to see ‘alternative’ means?

Does DRM Actually Affect Whether or Not You Buy a Game?

I don't really understand this "DRM" thingy. All I want in most modern game is LOCAL NETWORK MULTIPLAYER. That's all.

DRM can be annoying, but as long as the game plays fine then I guess it doesn't make a difference to me... What I truly hate with a passion is DRM that doesn't let me play the game. Looking at you, Ubisoft...uplay down - no games for me! Love it...

It was a failed concept from the start. Thinking that ending piracy will make people pay $60+ for a game is stupid, if you want my money then offer me a good product for an attractive price, plain and simple. For the year and half Denuvo was successful I haven't bought a SINGLE game.

I don't think it would stop me from buying a game I really want but I do find it inconvenient and annoying at times. It has also phased out local multiplayer as other people mentioned or forces you to have 2 copies in order to play local (or go through other time consuming and troublesome processes), which I find ridiculous.

So what do I do about it? I avoid drm if I can by purchasing the game I want on GOG DRM-free if it's available there. Steam has way too much money and control in its hands. I don't care how big the number next to my steam library is. 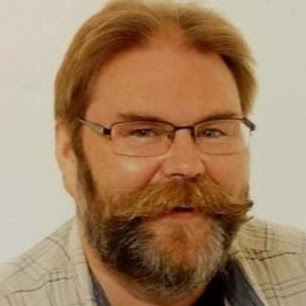 It doesn't bother me unless the drm eats resources.

I don't really understand this "DRM" thingy. All I want in most modern game is LOCAL NETWORK MULTIPLAYER. That's all.

ME TOO, I'm stuck with Age of Empires III, which is amazin to play over LAN, nothing new to play at all :D

Microtransactions in anything else other than a free to play games, Content locked behind DLC's, restrictive DRM (Online only and that kind of bs) are a no no in my books. I tend to stay well away from those games.

DRM, crappy DLC, micro transactions, anti tamper software are all red flags for me when purchasing a game. My money is scarce and when I invest it I truly want to own the game without being downgraded by other companies or software.

A wise and honorable stance to have.
I take my hat off to you.
:)

I would dare to say majority of gamers don't really care, especially more casual average Joe type of gamer. I mean they likely don't know what DRM even is.As long as it doesn't prove to be problematic, like with The Sim City or Diablo 3. From people who know, good share will buy game anyway, just to play it on release.

And to get in action while game is still "hot" topic. There of course is part of bit selective audience, who might not buy every game with DRM, but question there is, is DRM even a factor, or is it something else. Lastly you do have niche crowd who simply won't buy DRM games, but I would assume it is small portion...

... of all audience. I mean most people if game itself is great and it has like always online DRM, they will be against it, but not to the level where they are ready to miss opportunity to enjoy the game. Or in other words, leave dissatisfaction at words only. I must admit for me, it would have to be very very bad DRM.

Well, like you said, you could have principals, but today that would mean to miss out on 90%+ of the new titles - in other words, why bother with gaming at all- For the past 2-3 years, the choice was easy - the games themselves were not that interesting - this year, though, you got some great games, at the price of unethical gamebreaking microtransactions...hard to keep up with your principals

The likes of NFS reboot and Don Bradman Cricket make me sick. They are totally stupid. Why would you put always online DRM in games which have a single player mode? I had high hopes with NFS but the always online crap made it totally worthless for me.
Honorable Mention: Batman Arkham Asylum. I was against Scarecrow and made my way sneaking for like 15 minutes and internet got disconnected.

Actually, DRM makes me want to pirate that game...

DRM is an irritation. If I find out it is part of a game, then it takes what I call an "inconvience tax." Which means it has to wait till it 50% off on Steam or GOG before I purchase it if at all. I find my money is much more appreciated donating it to modders for some of my favorite games rather then game developers these days.

I take my hat off.
Kudos

DRM has never bothered me personally or kept me from buying a game. I'm always online anyway, so having to connect online while playing a game means nothing to me. Having said that though, I 100% understand why so many people hate it. It can slow performance and if you have a bad connection, it might mess up your game. Plus it does nothing to stop people from pirating, so the only people who have to deal with it are the legit owners. I hope in 2018 we start to see less Dunevo, but who knows.

As far as I'm concerned,it doesn't matter. But it has become a nuisance for the developers cause it offers absolutely no protection against piracy anymore since it can be cracked in under 24 hours.If we don't come up with a new DRM Denuvo and others are completely pointless.

Denuvo is NOT DRM. DRM protects the game. Denuvo prevents from anti tampering the DRM solution. It is an additional layer of clutter and this one has a much bigger hit on performance, user experience and freedom.

For those that have an unreliable internet connection, or no connection whatsoever DENUVO is a problem.

While more and more of the world is coming online, there are still places that don't have a internet connection (or the connection sucks).

This problem might be solved when 5G becomes the norm (provided that it's affordable).

If someone is playing DOTA, or another game that require lighting fast reactions every ms counts.

I would say no, it use to but its getting bypassed so frequently now days its almost immediately patched out and i'm not going to miss out on a great game just due to some DRM :D

Would i rather DRM not exist? of course but i also wish micro transactions didn't exist either but it is what it is!

I'm still waiting for Steam to be patched out... :/

I think you will have a long wait buddy xD

I think so too. 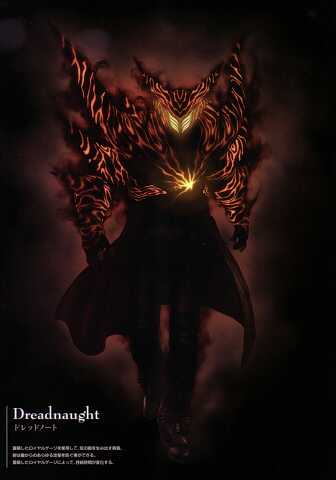 Yes, it does. If I buy a game for its single player mode, then I want to play it in solitude, cutoff from the rest world, in my grandma's basement. I don't want it to connect to the internet. I'd never buy a game that has DRM, LEGALLY.

the best games are singleplayer games IMO.
and yes the thing about steam I hate the most is when I just want to play single-player games.

It was a failed concept from the start. Thinking that ending piracy will make people pay $60+ for a game is stupid, if you want my money then offer me a good product for an attractive price, plain and simple. For the year and half Denuvo was successful I haven't bought a SINGLE game.

As long as a game is runs well, having Denuvo is just a minor nuisance. The major nuisance was SecuRom which may limit a game to only 5 activations, install root keys to the Windows registry, and become unplayable with Windows updates. Then most of the time when uninstalling a game with SecuRom the Windows registry will still have the root keys and upgrading hardware counts as an activation.

I don't care it a game uses Denuvo as long as they are better optimized
but I do consider to remove Denuvo if you can't optimize a game with it...

if i like a game i buy it. It is simple as that.