Motiga, the developer of free-to-play MOBA Gigantic, which launched earlier this year, has been shut down. Its closure has been self-confirmed by employees who have said Motiga is closing with immediate effect. Nearly every member of staff will lose their jobs, bar a skeleton crew who will keep Gigantic ticking over "until some time in the future when it doesn't make sense anymore,” said Motiga chief executive Chris Chung.

It marks a sad end to a turbulent development period for Gigantic. During the protracted development of Gigantic the studio and its 75 employees nearly shut down last year, until publisher Perfect Games came in to try and save the day. It worked, at least in the short term, but now Perfect World has decided Gigantic just isn’t profitable enough.

In a statement issued to Destructoid, Chung said “Yes, the closure was the corporate decision. It was a budgetary decision at the highest level. Perfect World as a public company has a profitability goal and they decided to cut parts of the company that were not profitable. In short, Gigantic was not making enough revenue. Unfortunately, Motiga is not the only Perfect World studio being impacted by the decision.

“Gigantic will be left at the hands of a maintenance team composed of few dedicated folks at Motiga. They are an awesome group of people that will be working on the game until some time in the future when it doesn't make sense anymore.”

Perfect World also owns the rights to Neverwinter, Star Trek Online and Torchlight developer Runic Games. It’s yet to publish a statement on the matter.

It marks the beginning of the end for Gigantic, sadly, despite by all accounts being a very decent twist on the MOBA formula. 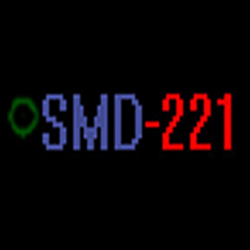 Gigantic had such a fun alpha and beta.. Too bad it won't let me log into the final release. This is still awful news nonetheless.

Runic Games was also shut down, studio head Marc Lefler posted a statement on the official site. Best of luck to these wonderful guys in their future endeavors!

Oh man, Runic too?
I really liked the Torchlight games :(
And yeah, best of luck to all these people.

It's always so sad and frustrating to see decent studios close down.
Moreover, it's even more troubling to think of all the people who lose their jobs and means of livelihood in just one full sweep.

All the best to the developers and the team as a whole.

I think there is more to this than meets the eye.