Ubisoft has been busy furiously patching Assassin’s Creed Origins once more. As we said in our review, it’s an awesome game but its vast ambition is matched by the number of bugs and performance issues that can be encountered. None of it is game-breaking, but it sure can be distracting.

Fortunately, the latest 1.05 patch for Assassin’s Creed Origins tackles dozens and dozens up these issues, including a few PC-specific ones such as improved performance and stability, multi-GPU performance and a fix for an infinite loading loop and black screen hang that some of your poor mites have had to put up with.

One other really big change is a fix for the level of detail issues. This is a fix for all platforms as, after the 1.03 update, some folks were experiencing texture quality and LoD deteriorating over time. It didn’t seem to affect everyone, but for those that did run into this, it’s a vital fix.

I know it’s really small but I think my favourite change though is a fix for the whistle sometimes not happening when you call for your mount. It seemed to muck up if you were performing an action while whistling, and my camel would just coming tearing in after my silent call to usher him (her?) in from the wilderness.

And no, that last fix isn’t a typo on my part. That’s just where Ubisoft’s list of fixes cuts off. I won't complain though, as Ubisoft is pretty much peerless among AAA developers when it comes to thoroughly detailed patch notes.

Assassin's Creed Origins 1.05 update should be available to download right now on all platforms.

So is there a SLI profile now? 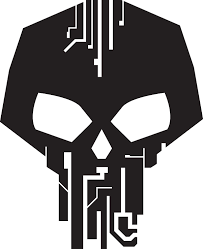 no update for PC no offense.... atleast give some validated info,

Just buy it, its good.
Last time I said that it was AC2, ACB

Thank GOD that's the only fix I wanted!

It's heartening to see devs try...at least try to fix their issues with ongoing support. I really hope it gets patched out soon.

still no update on PC

i get the same fps
so your oc wont help :/
its all cuz the 4 cores are maxed out so the gpu is bottlenecked :(

Try this: Change the display refresh rate, in the game's settings menu, from 60Hz to 50Hz and enable Vsync. Then drop LOD and Shadow to around High setting. Now, let me know if you get locked 50fps during gameplay. Targeting 50Hz instead of 60 allows some breathing room for quad-core i5 CPUs in this game.

I'll try this, but just to inform, im playing with 74hz and half vsync with a locked 37fps in rivatunner. I tried before 50hz but i went below that but i was maxed, I'll try what you say.

Nope, i even lowered everything to the minimum, still drops to 40's. out of cities is perfect 60 though, but even maxed out.
But my cpu is almost always at 100% even at 37fps

hm, okay thanks for the response

i finished the game last week and didnt even encounter more than 4-5 minor bugs and glitches.

same here just a few bugs here and there, i have had a smooth experience so far, best AC game ever imo

Hi, does this patch solve problem with launching on AMD Phenom CPU?

I will try and get a look tonight

I am glad I am waiting for the next big Steam sale before I buy. I will miss a lot of these bugs by the time I start playing.

origins will not be in discount for a long time, probably summer sale will be the one. i didnt encounter any significant bugs and i finished the game before this patch was out. just saying that you can play it safely if you want to.

"- for some their owners" (7th fix from bottom)

What does that mean? :p

Ironically followed up by "Fixed multiple typos in the menus"