It’s AMD driver time, this time bringing a number of benefits to Radeon owners looking to make the most of their VR headsets. The Radeon Software Crimson ReLive Edition 17.11.4 provides official support for DOOM VFR, which is out tomorrow, as well as the Oculus Dash open beta, which is essentially a virtual reality desktop interface.

As for DOOM, we know the original runs fantastically on AMD hardware which is supremely optimised for Vulkan and OpenGL. We don’t expect DOOM VFR to be any different, particularly when considering AMD’s LiquidVR technology.

The vast majority of known issues remain though, so be aware before giving this driver a download. The big one remains Rainbow Six Siege hanging when breaching walls, but you might also run into problems with Rise of the Tomb Raider also. 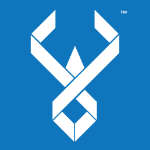 Really excited about DOOM VFR and I'm sure AMD will run fine in this game as they ran awesomely in the original. Just need to fix those other bugs.

Haven't been affected by the Siege bug in the previous driver, hope that trend continues.