What Are You Playing This Christmas? - 2017 Edition

Games are being gifted, holiday days are overflowing and, barring the pesky relatives, there are few better times to boot up the PC for a marathon session. Just in case you haven’t got anything to play, the oft-insane Steam Winter Sale should have you covered with its stocking stuffers. It’s the most wonderful time of the year and all that.

Jon - I’ll be visiting family for the early parts of the holiday so I’ll likely be taking my Switch with me for some gaming during any downtime. I’ve got Xenoblade Chronicles 2 and I’m loving it. It’s like the Skies of Arcadia sequel I never got. If it’s anything like the first game then it’s the sort of thing that’s going to take a good hundred hours or so to see through to the end, so I can see this taking up a good chunk of my time.

Once I’m back home it’s multiplayer time. The game releases have dried up and it’s always a great time to get a few mates for some online antics. It’ll be the usual suspects I imagine - the token combo of Rainbow Six Siege, Rocket League and Battlefield 1. What usually happens is I want to throw my controller through the window and then I switch it up. Excess turkey should help calm the frayed nerves.

Felix - Time for a change from TW Warhammer 2 I think. I love Sci-fi and have always really enjoyed the space trading, combat spaceship games, like Elite, or the X series. Obviously X: Rebirth was a big pile of shite, but the X3 games before that rocked. This year we heard that X4 is on its way, so hopefully, that will release with a bit more awesome than Rebirth did. And so I have been pondering hard over whether to invest myself into one of these or wait for X4. So please give me your thoughts on what you have most enjoyed or feel is a good choice out of Elite: Dangerous, Star Citizen or X4. Obviously, if you have spotted any others in this genre that you think I should check out then be sure to leave your thoughts below. Chances are I will succumb to Elite, as that is playable right now. So while the turkey is cooling down I will tuck into a star voyage.

Other than that I will likely have cousins and visiting relatives with young children. And so I was hoping for some input from you guys. What games are completely harmless for a 3 to 4-year-old child to play? So no hostility at all, no scary monsters, fairly easy to follow in terms of story or plot. And ideally must be pretty easy in terms of the control method.

Squee - Christmas is a time for playing badly-rated games simply because you like the settings. Well, OK, that’s not really what Christmas is, but this year it seems that might be the road I reluctantly tread. On one hand, I’m well aware that if a game’s been panned, there’s usually a good reason for it, but on the other, the idea of not even playing Star Wars Battlefront 2 seems like a heresy I’m not prepared to commit. Because, for all the microtransaction shenanigans that have landed EA in their usual hot water, there’ll be a detention level trash compactor control room filled with stormtroopers to murder, and that almost makes it OK. In the same vein, after enjoying a warm pint with Jon the other day and trying unsuccessfully to squeeze a reason to play Call of Duty: World War 2 out of him, I’m going to probably do it anyway, and then feel ashamed and dirty afterward. Because doing things you might regret later and then feeling predictably horrible about it, THAT is the true meaning of the holiday season.

For many of us, weeks of holiday awaits. What are your festive gaming plans? Are you even going to manage to find time for a spot of gaming? Let us know!

I'm playing only a little bit nowadays, and it's Cities Skylines (upped to Green Cities and all before), it's very addictive xD

Gaming? I've started eating on 24th at 10am and at the moment i don't have enough strength to leave the table

Been playing mostly Elex... Wanted a game akin to Gothic, and Elex fits the bill.
Also play Grandia II AE, simply cause I used to play the original version and want a replay, but getting the original to run right on a modern PC isn't easy

Playing the game that birthed the Shock series, my favourite videogame series next to fallout, System Shock 2!

Quake champions with 6 bottle of beer after 15 hours of working!Yes at christmas ;)

Delve deeper into Shadow of War, and maybe some World of Warships too, got some grind to do there... 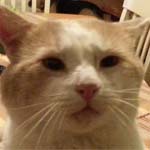 having fun with Rise of The Tomb Raider

Nothing better than some post-apocalyptic gaming in this time of the year, so some Fallout 4 and STALKER for me.

Despite stockpiling on AAA and high profile games throughout the year. I am addicted to Cook, Serve, Delicious! right now. My life is getting a little too weird.

Diablo 1 with hd mod and belzebub seems like a good fit. Also might finaly get enough time to play Warhammer 2.