UPDATE - Dec-07-17:15 - We've been busy trying to guess just what THQ Nordic has been teasing ahead of its Game Awards reveal later this evening, yet one of its official sites has provided us with a big clue that it is, in fact, a new Jagged Alliance game.

The official Jagged Alliance website has been taken down and replaced with the message 'Coming Soon...', indicating an official announcement is imminent. Considering the hashtag they're using for the tease, we expect the game to be Jagged Alliance: Endless Winter.

The Jagged Alliance games are a series of turn-based tactical strategy titles blended with RTS in which you control a band of mercenaries. We bring you any updates on the title as soon as we hear anything.

THQ Nordic has dropped a tease for a brand new game reveal during The Game Awards this evening. The tease is accompanied by the hashtag #endlesswinter, prompting speculation as to what the heck it could even be.

Aside from the hashtag, all we’ve got is the blurriest of blurred images from which to try and decipher some form of clue. If you could lend a helping hand identifying anything about it, anything at all, that would be great. 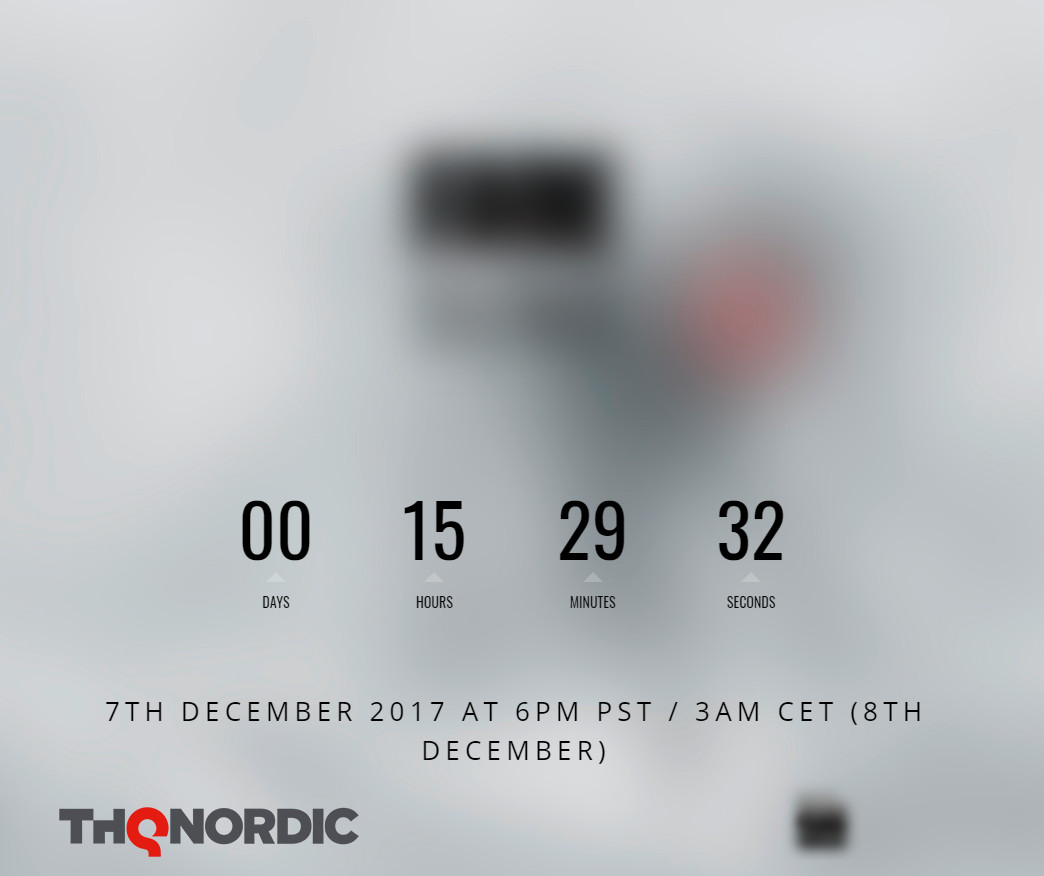 At this point, THQ Nordic has become a masterclass in hoovering up fondly remembered yet practically defunct IP. The franchises they own the rights to include Red Faction, Darksiders, SpellForce, Aquanox, Delta Force, Painkiller, Destroy All Humans, Titan Quest, Comanche, Summoner, F-22, Jagged Alliance and heaps more.

I’ve been scouring my brain (and Wikipedia) for franchises that THQ Nordic now owns, but none of their logos seems to match up with the blurry teaser image. That’s if it’s even a logo, of course, I’m sorting of making out the vague outline of a velociraptor or a giant turkey, but that’s probably just wishful thinking. Delving into the site code a little, the black box in the centre is the logo, while the red and greenish blob to its right is a separate image.

If I were a betting man I’d hazard a guess that a new Red Faction makes a great deal of sense; Red Faction: Endless Winter perhaps. I’m secretly hoping for the glorious return of Delta Force though, which brings me back to my youth of voxels and a 56K dial-up connection.

What do you think THQ Nordic is planning to reveal? Can you decipher anything from the logos? Let us know!

Delta Force should come back!!!

Yeah that thing in the background is looking rather supernatural and not very Jagged Alliancey. Not that they aren't also working on another JA game but I don't think that's what the BIG reveal is.

Yeah I wonder if they've just taken the website down to put us off. Or maybe it is JA and it's got a supernatural theme :P

Looking again,it could be a mushroom cloud blocking the sun? Maybe it's a nuclear winter?

now it looks a lot different the black white square shape is a logo "logo.png" and the greenish blob know blue labeled as "dev.png" ?

Endless Winter: A Canadian Tale. There is only snow.

So, they're making the image less blurry as the reveal comes closer. I was wrong about it being similar to Steep. It's now looking like a fantasy/supernatural theme game. Maybe an RPG.

I hadn't even thought that it might be something completely new lol. Looks a bit Lost Planet to me at the moment.

Probably its gonna be Darksiders #3 - "The Menstruating rider!"

I'm getting the feeling it's some kind of sports game similar to Steep. Maybe Winter Olympics or something. Looks to me like the sideshot of a person with a red beanie/cap/helmet standing on snow

lol, it could be possible if some sort of deal was made over the rights. From what I remember, the ownership of the Stalker franchise is a real mess though.

Looking at today's goal being to turn everything into a "service" or some kind of multiplayer experience and single player focus dropping each day... I'd rather not see a new STALKER game

All I can say is that I have real fond memories of Red Faction so it would be a treat to see a new one but whatever Thq has planned we're getting a great game nonetheless.

Red Faction seems like it's got to happen sooner or later. I just hope it goes back to first-person though, I didn't really like where it went with Guerilla.

I hope it does Loved the Red Faction Games so fun but yeah I agree Guerilla was not the best but still enjoyable.