The real success stories are the games released in 2015. A stellar year for games, four of these games are still in the top 12 in terms of revenue more than two years after they launched. A formidable feat and, in the case of Rainbow Six: Siege, the revenue continues to trend upwards. It all tallies up nicely with our recent Up For Debate, where you voted hugely in favour of 2015 being the best year ever for gaming.

PC gaming has long been the place where communities tend to stick around and keep playing the best games, rather than chasing after something shiny and new. This means eight of the most popular games on Steam weren’t even released last year. A particular standout here has to be The Witcher 3. Not only is it coming up to three years old, but it’s also the only entirely single-player game on this list. It’s absolute madness to not own this game yet, but nevertheless, enjoy yourself if you’re just getting started.

Here’s the list in full of the 12 games which generated the highest revenue on Steam in 2017. In no particular order:

While these games bask in glory, a moment please for the titles that didn’t make the cut. The likes of Nier Automata, Assassin’s Creed Origins, Shadow of War, COD: WWII, For Honor, Resident Evil, Prey and Total War: Warhammer II all earned less than H1Z1 and Rocket League on PC.

Compare this list to the list of bestselling console games and there's an absolutely huge difference. Console gaming was dominated by COD: WWII, Destiny 2, and a variety of sports games, all of which released in 2017 (bar GTA V).

Surprised by any of the bestsellers? Any game you think has significantly underperformed? Let everyone know below!

I only hope the best grossing income for NieR : automata & Shadow of war this year and i'm pretty surprised GTAV still stand during all those years , could you just imagine what happens if red dead redemption 2 will be released on PC

I'm really happy for warframe , i've never played it though , but just watching some videos on youtube/twitch and god it's just a delightful game with an amazing community , to see such dedication for an F2P game is just wonderful.

Wanna know the secret of TW3 success? It's Triss.

Let me correct you.
It's Tits 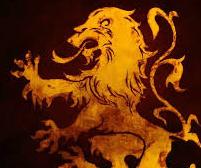 The poll we had about the greatest year for video games(=2015), if someone objects, they need to see this, I know there are many other factors involved, but still it does count in a way.

That aside, and I may be quite wrong (sorry if I am), but many of the actual 2017 games didn't come out before halfway 2017 or further... meaning there was less time to buy them, and thus you shouldn't compare the sales of a whole year vs the sales of half a year or less... No?

I agree...one difference to offset this could be that new games will be full price vs older games are most likely being bought while discounted/on sale...?

Quite yes indeed, I did not even account for the (large) discounts during Black Friday / Cyber Monday which will be marginally larger for "older" games compared to their newer counterparts.

Could be because a lot of the 2016/2017 games weren’t that great. Yeah, we had some gems here and there on PC, but we are lacking in quality games. So yeah, games like TW3 and GTA will continue to dominate. Hell, I was playing TW3 over the weekend. 2017 was a great year for gaming, but not very great for PC. Most of our exclusives were mediocre, and I wouldn’t be surprised if most of these games are still going to dominate in 2018.

Maybe its because of high system requirements for new games.

Lots of kids with secondhand PCs playing what they see on YouTube... Not in the market for AAA games, but willing to spend lots of pocket money on games their friends play.