Up For Debate - What's the Longest Time You've Spent Playing an MMORPG?

There was a time when MMORPGs were literally the biggest thing in PC gaming. The red carpet was rolled out for new arrivals. Closed beta invites were like Willy Wonka’s golden ticket. Anyone and everyone was getting in on it, all after a slice of the same pie.

And then World of Warcraft happened.

Bizarrely, WoW was too successful for the genre. Millions and millions of MMO players flocked to Blizzard’s fantasy land, deserting their current game of choice and effectively destroying every other MMORPG. A few still just about cling on to existence though, including such stalwarts as the original Everquest. Almost 20 years old, Everquest got its 24th expansion in December.

It would be fair to say that the world of MMORPG’s isn’t quite as fertile as it once was. It’s now a genre still dominated by WoW, but with Final Fantasy XIV and Elder Scrolls Online doing fine jobs. For those in the know there are still plenty of choices, should you look in the right places. Black Desert Online seems to be onto a winner, while there’s also the likes of Albion Online, Guild Wars 2, Star Wars: The Old Republic and Runescape.

Of all these MMORPG’s over the years though, which has hooked you in for the longest, and why?

I’ll kick things off with mine. I used to be an absolute MMO polygamist, flitting between games after a matter of months. The one that I almost assuredly sunk the most time into was Star Wars Galaxies though. It had its ups and downs and was far from perfect, but for a three-year span, it absolutely consumed me. No other MMORPG I’ve played has offered quite the same experience. It’s the anti-Theme Park, built almost entirely on player-to-player interactions and sandbox elements. Unlike a lot of MMORPGs which are glorified single-player RPGs, SWG definitely earned the MMO label. So yeah, I played Star Wars Galaxies for about three years, until the expansions dried up. Sadly I only lasted about three months in WoW, leaving before The Burning Crusade released as I’d wrung out all I could from the content without doing endless raids, never to return.

Over to you now then. Which MMORPG have you played for the longest? What about it kept you coming back for more? Let us know!

RF Online, I played for around 5 years from different servers.Played Ragnarok Online too starting year 2003-2008. i quit both already tho.

10-12 hrs. on WoW when it came back in 2004.My roomate got it and while he was working all day,i played on different characters.Wasn't my kind of thing.If "World Of Darkness" were to came out,i was seriously considering diving in,tho. 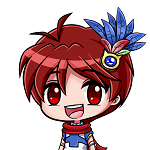 Been playing Runescape on and off since about '04. I even play Oldschool still, when I have the time. 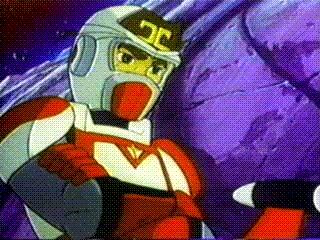 Played everquest from 99 to 2004 until eq2 came. By far the most fun days at mmorgps. Nothing comes close.

I have been playing World of Warcraft since WotLK patch 3.3.5a on private servers, I can't actually remember when but sometimes after 2010. Went to play retail in around 2011, I know I hit L85 a bit after 4.2 hit. And I am still returning to this day. But I am not subscribed for whole year, I take breaks.

I used to play mabinogi alot for like 3 years or so after some family problems. It was one of the only 3d mmorpg that ran fine on an laptop core 2 duo with gma 4500. That laptop couldn t even run minecraft haha. 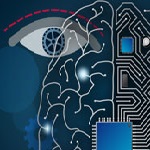 Hm... Let me think. Yeah, never played one and not intending to! I only play single player games and some occasional strategy games multiplayer matches.

I have 376 days of playtime in WoW, but that's spread across 13 years. I started at the beginning and played through the beginning of Cata, came back for a little of WoD, and then just barely picked it back up again.

I've been playing Final Fantasy 14 for about 7 months now. Really enjoy it.
I tried WoW out for a little bit with the f2p sections, but it just felt so old and dated that I couldn't get into it.

FF14 and Eve Online are my favorites, I have hundreds of hours in each :)

I tried different MMORPG but non were by my taste. Probably WOW. But that was only with Lich King. But then again I played this game probably a week or a month... The rest I havent played. But my most playded MMO is probably blades of soul.. Or most fun to play. But i haven't played it in a year or so..

MMORPG is usually seen as the most addictive of all genres but i find them somewhat boring.

Back in the day MMOs were 50% about the community and other people and 50% about the game, nowadays after most have everything automated like click a button to join a raid or event or anything, there is a lot less communication between players, plus the way they are designed around a single player being able to do all, but the end content... yeah... they might improve technologically, but they have regressed a lot as well.

I have always liked singleplayer games with a story the most. Multiplayer FPS games come second.

I'm gonna sound like a casual when I say this but I was a kid at the time so whatever. Anyway, back in 2010 - 2012 Adventure Quest Worlds was one of the few games I'd ever play

My very first was Runescape (I wasted hundreds of hours) in early days.

almost 4 years in aion...3 years in a private server and 1 on retail when it was f2p...wasted years of my life.

Well persuing a career and money is also a waste of time for example, so is studying, everything that is NOT eating, drinking, taking a good piss and shiat and the unavoidable sleep, is OBJECTIVELY a waste of time as it is NOT essential for our survival, everything after that is an abstraction created by humans.

And no if you do NOT want to, technically you do NOT have to use money.

I've never played one. I've been interested but it always seemed like a much bigger commitment than I had time for. Maybe someday the right one will come along and I'll get into it.

Try Runescape; 07 or standard RS3 either might be fun for you