Nvidia has just released its latest graphics card driver, version 390.65. Among all the usual gubbins it comes with one crucial security update - mitigating the danger of the Meltdown CPU vulnerability.

“Computer systems with microprocessors utilizing speculative execution and branch prediction may allow unauthorized disclosure of information to an attacker with local user access via a side-channel analysis,” says Nvidia.

While the risk of a standard PC user being at risk from Meltdown or Spectre attacks right now is fairly low, it’s better to be safe than sorry and this is a pretty vital driver update.

On the traditional driver front, the GeForce 390.65 WHQL driver as Game Ready performance optimisations for Fortnite and Fortnite: Battle Royale. Better late than never on that front we guess, but it should at least ensure the best possible performance for GeForce owners.

In addition, there are SLI profiles added or updated for Dirt 4, Total War: Warhammer II and X-Morph: Defense.

As always, you can grab the driver for yourself from here, or just auto-update through your current GeForce Experience installation.

I thought Meltdown was a Intel thing so why did Nvidia make a patch for it as well?

It's an everything thing.

Any negative effects on benchmarks? ...

FSX runs better now though I had a weird slow down. I paused the game and took a pizza out of the oven so I assume some other program caused it since the issue went away when I got back.

There shouldn't be any, for most part, those only effect CPU performance, to be more exact, I/O performance of SSDs or hard drives are getting hit the worst. Which effects huge datacenters and virtual environments, but for games, the worse cases were like 3-5FPS on old CPUs with AC Origins and BF1.

So I probably won't see any difference, just installed it. 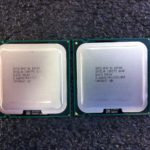 How can a gpu driver prevent cpu attacks?

Because the graphics application can send calls to the CPU that can then be used to exploit the vulnerability. This driver promises to prevent that. I myself will be trying it as FSX got kinda wrecked by the latest patches. And that game was dropping to 14 fps before that already.