Up For Debate - How Important is the Look of Your Gaming PC?

There’s a deeply curious subset of folks who absolutely loving jazzing up their PC with all sorts of blinking RGB ornaments and unusual case mods. Oftentimes I’m convinced it’s in an effort to be as garish as possible in some hyper-ironic fashion, but then I recall Pimp My Ride and remember there are people that actually like the look of a car with hideous vinyl graphics and a tacky spoiler on a Fiat Punto, so I guess there’s something for everyone.

But, PC decor isn’t just about the logical extremes, of course. Whether it’s getting a pristine wire-free desk setup, a beautiful multi-monitor display, or colour-coding everything just so, there’s plenty of choices out there for those who want to beautify their setup. We’ve certainly come a long way from the stereotypical beige boxes of the 90’s.

For the vast majority of gamer-focused hardware though, the current preoccupation seems to be with insane lighting. I’ve seen pre-builds on sale that just put a loose strip of RGB lights down the side for no apparent reason, while keyboards come with backlights that can be switched between 15 billion colours at will. GPU manufacturers, meanwhile, love making their graphics cards as aggressive looking as possible. Put your mind to it and buy the right hardware though and you can make your PC setup look just about however you one, rather that’s a case that looks like the Green Goblin or stashing everything away inside a plant pot.

As you probably guessed from the intro, I’m all about discrete. If I could make my PC invisible, I most assuredly would. I don’t think I’ve ever looked at any hardware, bar a TV, and thought ‘Yep, I want to put that on display in my house, it’ll make the whole room look better.” To that end, I’m quite a big fan of small-form-factor designs or unconventional rigs that tuck away unnoticeably into a desk. Basically, the polar opposite of the overly gamer-centric designs that Mad Katz and Razer seem obsessed with farting out, or this Omnivi mouse I’ve got that endlessly blinks through the seven colours of the rainbow, looking for all the world like I’ve stolen it from a rundown beachfront amusement arcade.

So, do you like your PC to be as attention-grabbing as possible, or hidden away? Are you happy to spend money on cosmetics for your PC, or are you just happy slotting all the parts together and using it as is? Let us know what you do and why below! If you’re feeling particularly generous, now would be the perfect time to show off your rig with some pictures too!

How Important is the Look of Your Gaming PC? 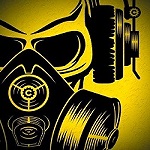 for me it's quite important,because that's the first thing people see and it makes the first impression.Of course i would prefer to upgrade the hardware,if i have more money saved.Right now i have spent around 50$ for the looks of my PC and i am waiting for my cable combs to arrive so i can make my cable sleeving.

my pc looks like crap. i have even lost the side cover of the case while moving. but who cares as long as it doesn't work like crap

You should probably get the side cover of the case back, I've heard that dust can ruin your motherboard.

I actually really appreciate the people who do those crazy case mods that end up looking like something entirely different than a PC but I don't have the ambition to go that far. The Fractal R4 (or any newer model) is the perfect case for me. I do have the window and I like it but that's the extent of flashiness I desire.

For box to sit under desk, not really, I just have black vase, with no see through side panel. Only thing I wouldn't want to miss out is ability to have front intake fan and another fan to take air out, to ensure some air circulation. I do understand where appeal for some people is and I love to see result of that.

But for my own PC, to sit under desk in my room, where no one will see it, I am fine. And since no one can see inside case, I also don't really care about that either, since I don't need to color match or care about RGB. I don't avoid it, but I also don't go for it.

I'm kinda the type who try to balance performance and looks. I have a windowed case with some lighting, but that is it (I am not really into the RGB rad) But if that is not achievable, I'd prioritize performance instead of going after looks

Quite important, otherwise I wouldn't have built in a Core p5 and just have gotten a black box without a window.

I really don't care.... I've even got the side panel off... Cooling > Appearance

I'm interested more in cooling in/out fan options, position of usb/controls, internal construction and some wire management. I leave RGB for the enthusiasts.

Right at the same time I just bought new case fans and this article is up.

A great PC should look good too! Otherwise It's like having a crappy Yugo Zastava with a Ferrari engine :/ It's like a piece of art on my desk.

i agree, unless its sleeper build.

Bad analogy if you put a ferrari engine on a yugo the yugo would fall apart and overheat, plus it will have no room for the engine in the first place

i found a cheap hp compaq pc with everything I need, added more ram and got me a gt 1030, cheaper than many pre-built, the only downside is the upgrading, but does everything good at 720p

I find it funny that I care about how my graphics card looks even though for most parts I won't even see it haha. 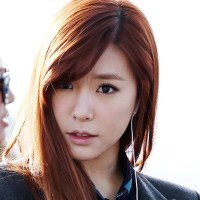 I like unusual case, but the one that artistic by shape and painting rather than RGBs which might make my vision grew worse.

I couldn't care less about how my case and PC look. I just want it to perform well and have good airflow. I just upgraded my PC, and switched to the Corsair Air 740 case, which has been described as "love it or hate it." I've got bare Noctua case fans in mine, including two for the CPU; if you know what the default color of Noctua fans is, you'll know what I mean. I don't want LED fans. My GPU and motherboard both have lighting, but I just switch it to a low red color. Like most cases these days, my case's left side panel is see-through...

...however, the way my desk is set up, I can only put my PC on the left side of the desk, with my monitor, mouse, and keyboard on the right, plus, it's stuffed into a corner on the left side, so, coming into the room and sitting at the desk, one can't even see that side of the case. It is useful to be able to look in and see how everything's doing, but I've got no real reason for it to be flashy. I don't like a bunch of glowing LEDs in the corner of my eye anyway. I'll even tape up power LEDs on most things!

Yeah Noctua always had a controversial color scheme which barely ever fit the color theme of most pc cases and lighting. For what they lack in aesthetic compatibility, they more than make up for it in terms of performance!

Indeed. I'm loving my Noctuas! Although, now they have their Chromax line: https://noctua.at/en/products/product-line-chromax with more customizable pieces--the fans are all black, the silicone anti-vibration pads come in different colors, the fan cables come in different colors, and you can get fan shrouds or covers for things like the CPU fansink. Noctuas are already fairly pricey.. and the Chromax line is even more expensive.

I just buy the best price/performance.

As I use my PC both for gaming and graphic working , I am pretty strict on not having any glowing light around my desk except for bias lighting on the back of the screen. However , I find myself spending on nice looking gears sometimes.

The case I got right now has a good amount of LEDs, but only got it because it was the same price as a plain looking case. More important than looks is airflow.