You really never know what Nintendo’s going to do next. After hyping up an announcement yesterday for something that would “change the way you play” and that it would be aimed “at children and the young at heart”, Nintendo took the wraps off Nintendo Labo, a line of interactive build-and-play experiences that fuses cardboard model making with Nintendo Switch gaming.

You’ll have to check out the trailer for yourself to really grasp what it’s all about, but the general gist of it is giant cardboard kits that can be used to make peripherals of varying complexity for the Switch, including a fishing rod, functional keyboard, a camera, and even a god-damn robot suit.

Naturally, it took the internet about three seconds to become enraged that Nintendo had made something not specifically at them, but I think the rationally-minded can get on board with what looks to be an outstanding bit of kit for parents and children. Nintendo Labo flips gaming conventions on its head and takes the focus away from the device itself and towards an arts and crafts design.

The kits themselves look pretty varied, and the inner workings of the mech suit are a sight to behold. It’s like Lego Technic on steroids. Each kit uses an assortment of flat-packed cardboard sheets and elastic bands, turning into fully functioning devices that can interact with the Switch through the Joy-Con controllers’ motion and IR tracking.

The most basic of the devices is a remote-controlled car and uses the rumble features to drive around rooms, and players can build competing cars to take part in battles on your living room floor. More complex uses include the piano, which detects key depressions to play notes, and even allows the tone to be adjusted. It’s crazy stuff, and there even seems to be some light programming elements in there for constructing some of the figures.

Naturally, Nintendo being Nintendo, all this does come at a considerable cost. The starter set includes five builds and the Nintendo Lobo game itself and will set you back $70, while the premium-tier mech set will cost you a whopping $80. Considering most games retail for $60 new it’s not terrible, but it’s certainly a premium. On their part, Nintendo has said the cardboard designs will be hosted on their website so you can make your own if you want to. Which brings me to my final concern - the durability of these cardboard builds. While it’s certainly more environmentally friendly than the heaps of Rock Band drum sets littering landfills across the globe, it comes at the cost of being a little on the weak side. I can’t imagine a kid (or adult) is going to have a working drum pedal for long.

Regardless of these problems, this looks like something that is going to sell absolute gangbusters. The current Switch demographic is predominantly 30-year-old males, and this could go a long way to ensuring younger fans want to get in on the action too.

Both of the first two Nintendo Labo kits will be out on April 20th worldwide.

Now, does anybody know where I can foster a kid for a week? I need to justify this somehow.

you fool people will buy enything with Nintendo or Apple on it for what ever it cost ! it's just some Cardboard for f sake, the same you fond on your Junkyards, and Nintendo sell it t you for 80 bucks !
seriously Nintendo ? f you !!

My kid is 3; not quite old enough for this yet. Is Nintendo working on a time machine so I can jump ahead a bit and justify my urge to buy this?

I guess the simpler things in life are the best ones... for no less than $80 Ho-ho-hoooo

Can't people figure out to cut their own cardboard, just find someone willing to buy the original and just print out the dimensions

As it says the designs will be made available on Nintendo's website, so you're free to do that if you want. Unsurprisingly the costs of this game aren't just the cardboard though... The design transcends the materials, as does a game which just boils down a string of 1s and 0s.

Jon, you won the internet today. Brilliant write-up and I specially love the paragraph after the video. Exactly what I felt when watching the video. Could be a great activity for young kids and parents.

Well I haven't thought of it that way, my kid is 1 now and too young to be dealing with the switch. For now I don't see me getting this.

For a 1 year old, you're not going to be getting the Switch anyway. This is for people who are old enough to work the Switch, so maybe starting from 4 ish.

Yeah I reckon about 5-6 for the starter kit and 8+ or so for constructing the robot one, it looks a lot more complex than most lego

Damn nintendo suddenly became brilliant again O_O
I mean this is epic for little kids, plus they have games and 3rd party games to come and it's portable, still has some issues like low integrated storage and short battery life, but still the switch is awesome.

Here's a fix for the battery life: https://www.amazon.com/gp/product/B072XP7QJQ/

As for the integrated storage, you can increase it with microSD cards. Any of them will work but extreme plus ones are most recommended due to their speed. The others may not be fast enough.

yes, but that adds to the cost, it costs me(in my country) 550 euro to have a "full" switch, so it's quite a bit for a portable console and that's without games. Will get it probably when the slim/better version comes out with better battery life and slightly lower price, plus then the micro sd cards most likely will be cheaper. This year I finally get a PS4 as there are finally above 15 games that I would like to own for the PS4 as soon as god of war 2018 comes out. 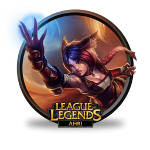 I think its a brilliant idea, but a bit pricey considering its just cardboard. Other than that it shows the potential of the switch. Lets wait for a sale then at least.

Labo is essentially Nintendos Google cardboard....... I know that these sets come packed with a game..... but I still have a hard time wrapping my mind around paying $80 for cardboard, and a game that is very likely more of a novelty that you'll play around with for maybe an hour and never touch again..... don't get me wrong.... it looks like good "strange" fun, but I think they really need to reconsider the pricing.

It's hitting the toys market, which automatically means a nice price bump. $70 puts it in the range of a mid-sized Lego set that can be built in a couple of hours. Some of the more complex builds in the starter set can take upwards of two hours (before decorating). I think my point being that kids will get a lot more out of this than you or I would.

but you can only make one thing each time, right? I mean it's cardboard, once you used it for something, it can usually only be that thing.

I don't think you can make different things from one set of cardboard, because it has to be cut and bent in different ways. I think it's printed/colored in particular ways for each object it's supposed to imitate. So you'd have a different looking cardboard kit for the robot compared to the wheel, and so on.

Yeah I guess it is one use, at least for the building side, fair point. Once it's made I guess the fun is what you can do with it, which is a bit up in the air until we see the games.