Up For Debate - Which Developer do you Think is the Best in the World?

It’s all too easy to get hung up on the latest controversy, whether that’s loot crates, always online, Denuvo, or whatever really, when the truth is that there are a lot of fantastic developers out there cranking out fantastic games. There’s probably a few on the tip of your tongue right now. The sort that has you hammering the pre-order button at even the mention of a new game, let alone waiting for the buzzing reviews.

I’m going to proffer a trio of my own selections just to spread them across a few problems, and because I’m immensely indecisive on the matter - there are quite a few studios out there that rarely disappoint.

For PC, I have to tip my hat to Blizzard. They just know how to make a fine game, and you know that whatever they release it’s going to be both assuredly great and well supported for years to come. They’re a studio that just doesn’t do failure. I get the impression they won’t let a game that’s any less than fantastic out the door, no matter how long it takes. The end result is having to wait a long time between new releases, but when they’re as good as Overwatch, Diablo 3 and Hearthstone, who’s complaining.

I’m a believer that Nintendo’s got a lot of strong studios, yet it’s Retro Studios that’s stood out to me for a while. They’re the rebirth of Rare and comprised of a number of ex-Rare developers, and when I look at what they’ve made since they debuted with Metroid Prime, it really is impeccable. Their average Metacritic score across seven games is 89/100, and the studio’s lowest score is 83% (Donkey Kong Country: Tropical Freeze). The Metroid Prime trilogy was sublime, Mario Kart 7 was a return to form, and I love the Donkey Kong Country reboots. I’m now so, so eager to see what they’ve been working on in the four years since Tropical Freeze.

Which finally brings me to Naughty Dog, one of the few developers where I can say I’ve played and finished every one of their games. I absolutely loved Crash Bandicoot in my formative years, even if they don’t hold up quite so well today. Then there was the excellent Jak & Daxter trilogy before Naughty Dog switched it up with Uncharted and The Last of Us; cinematic masterpieces the lot of them.

They’re my favorites, and the sort of studios for which I’m likely to buy their next games at the drop of the hat, such is my faith. But what are yours? Are there any developers you can rely on to deliver the goods, come hell or high water? Let us know who it is in the comments section below!

For me its first Bioware cuz Mass Effect and Dragon Age

ubisoft it makes a lot of aaa games 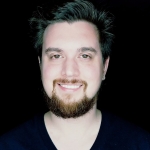 CD Projekt Red, followed by Naughty Dog. Blizzard is definitely up there too.

Gotta be DICE for me for all the great moments I got playing BF games.

ignoring the ps4 spiderman game my favorite is insomniac if only because of the ratchet and clank series.

Bethesda, Rockstar, Ubisoft and of course the legends... Simbin!!!

None of them is the best in the world, every game has it's flaws.

Naughty Dog have made some of my favourite games, from Crash Team Racing, which I still play, the Uncharted series, The Last Of Us.

CDPR have been going from strength to strength, every Witcher game they've released has gotten better and better, Cyberpunk 2077 should be interesting. Also GOG is pretty awesome.

Platinum Games for bringing us Nier Automata, too bad it was published by SE.