I find it hard to get my head around a single fighting game, but if you’re the type of person that masters brawlers for fun then Humble has a treat for you. The Humble Brawler Bundle crams in a grand total of eight fighting games, which is pretty much a lifetime’s worth for most people.

For the princely sum of $1, you’ll get your mitts on Guilty Gear XX, BlazBlue: Continuum Shift Extend and Skullgirls. I’ve only played the latter one and I very much enjoyed it, but the other two are very nice looking indeed and both carry ‘Very Positive’ reviews on Steam.

The third and final tier is a bit of a corker though. $9 will get you all of the previous games, plus Arc System’s Guilty Gear Xrd SIGN and Rivals of Aether. Guilty Gear is one of the best-looking 2D fighters of all time, while Rivals of Aether is an indie hit quite clearly inspired by Smash Bros.

All in all, not a bad bundle for fighting game fans, although it’s perhaps all a little one-note for some tastes, myself included.

You can see the latest bundle for yourself here.

I think it's only worth it for just $1 tier. All of these games online mode are dead anyway and Xrd has a habit of deep discounting these days.

Pretty sweet deal, but to be honest I'll never touch any of those games, I'm only interested in Soul Calibur lol 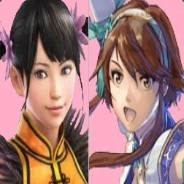 Too bad Soul Calibur V was utter dog manure for removing many fan favorites, lackluster single-player content, and having an abysmal story mode. =(

True, SC5 was utter crap, but I have a very good feeling about SC6, from the trailers and game play so far I feel Namco Bandai is setting things right for us fans!

True that. Can't wait for it to be released! =D