Fresh from leaking the existence of Battlefield V, or Battlefield 5, VentureBeat has provided some further details of what we can expect from DICE’s upcoming World War II shooter.

Perhaps the most exciting update comes for bot fans (Psychoman, you’ve finally got your wish), with DICE planning a new mode that allows players or squads of players to run through randomly generated Conquest missions. It’s unclear whether we’re going to be given much control over the options here, but there will at least be something for players to work through cooperatively against AI opponents.

As well as this, Battlefield V’s campaign will allegedly feature another series of short stories and vignettes, as per Battlefield 1. The difference this time is that these mini-stories may be playable in co-op, although this is very much unconfirmed at this point.

On the gameplay side of things, it’s a minor detail but DICE will allegedly be borrowing the prone mechanics from Rainbow Six Siege. When players lay down they’ll be able to go prone on their front with their legs behind them, or on their back with their legs in front of them. This should help immensely for players looking to hole up in craft corners, and it’s also got the benefit of being a more realistic way to go prone when you aren’t on the offensive.

Last but not least - microtransactions. It sounds as if these will be present and correct in the form of lootboxes, but both EA and DICE are going to be going out of their way to emphasise that the contents of the packs will be cosmetic only. I suspect that despite this, they’ll still have XP boosts as per Battlefield 1, as this was a balance that seemed to work and didn't offer any major gameplay benefits.

Should DICE go this route, I believe it can work. Ideally, this is paired up with the desire for free content updates that we saw with Star Wars Battlefront II, rather than the usual Premium Pass that horrendously fragments the player base. There is a middle ground between the two extremes that most players will probably be happy with, and we’ve seen it used successfully in Overwatch and Siege, despite complaints from a few players that feel the need to unlock every cosmetic item.

How would you feel if all of this ends up being true? Would you prefer to see a paid Premium Pass an no loot boxes, or can DICE strike a nice balance with Battlefield 5? Let us know below!

It doesn't matter, why have loot boxes in the first Place? They all need to be removed (cosmetics or not) and all MTX needs to be removed from AAA games. There's no excuse to have them in AAA games where a premium price have already been paid.

If it were bots in campaign like the good ol' days of Battlefield, then I'd be very happy.
Really didn't enjoy any of the modern Battlefield campaigns because they are just linear and have very little replay value. Campaign should be a battlefield, just like multiplayer. Kind of like Battlefield 2 Modern Combat.

EA can't pretend to be good guys with 'just cosmetic' loot boxes. The face that loot boxes will exist in a full-priced AAA title is a crime in itself.

Just because they lowered the standards so low with their pay-to-win getcha-gambling simulator SW: Battlefront 2 does not make it okay for loot boxes to exist in full-priced games. The bar cannot be set so low that in future we say well at lease it's not like Battlefront 2.

Gamers need to let the publishers know that loot boxes are predatory and exploitative and publishers need to shut this down. Just like how everyone united against Battlefront 2

Lootboxes alright. Not unexpected. It feels like they're tying to reap as much as they can before actual laws crumble on them. And all because they were, and still are, incredibly greedy and don't care about anything but short term profit.
This is nothing to be praised at, because they didn't learn anything. They just stepped back until they tighten the noose again sometime in the future.

Yes BOTs!!! And NOOO loot boxes!!! At least they are cosmetic only.

We should not be OK with this - the fact that some content could be added, alongside the released product at the same time, but is held back by an additional paywall, no matter how insignificant it is, in a AAA game, is just insulting. Back in the day, people were complaining about an overflow of DLCs, but at least you got SOMETHING for the thrown away money...

I'm personally absolutely fine with cosmetic loot boxes. If people want to buy them up in the hunt for a golden weapon skin and pay for my free maps then that would be great :)

I agree, no RNG paid or even unpaid content wall should be in any sort of game... it's random chance after all...

Yes bots...but not offline apparently, and not full but rather some mutilated form of co-op lmao 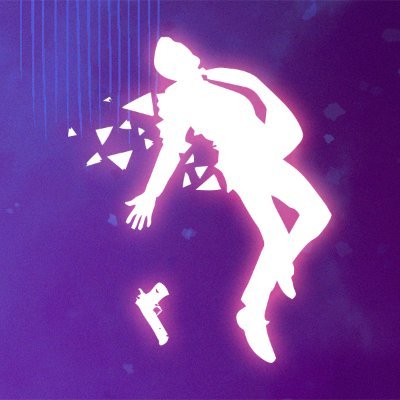 I hope DICE implements Overwatch's loot box system, it wouldn't change anything in the gameplay, and it would be cool to have skins that other people don't.

All I wanted was a good Star Wars game with modern graphics, but nooo, they had to butcher it, and now they (try to) fix their mistakes in a game I don't care about.

All loot boxes to be cosmetic? I hope so