Up For Debate - Will Red Dead Redemption 2 Be Filled With Pay-to-Win Microtransactions?

The existence of microtransactions in Red Dead Redemption 2 is almost totally assured. Now, I don’t own a gold claim, but if I did, I’d stake the whole thing on the online component being absolutely riddled with them. Grand Theft Auto Online is our canary down this particular gold mine. GTA Online is a pay-to-win game in practically its purest form. Players can put in real money and buy the best weapons, vehicles, businesses, and apartments.

Rockstar generated over half a billion dollars in revenue from GTA V in 2018, five years after the game actually launched. Is this from additional sales? Barely, it’s the hundreds of millions of dollars being spent on virtual cash to spent in a digital Los Santos. It’s the ultimate money maker for Rockstar, and surely the leading reason why we didn’t get a story-based single-player expansion. After all, why bother when you can put in a few new cars and a heist and earn $50m in a month?

Arguably, immersion is a far larger part of the Red Dead series than it is for Grand Theft Auto. One is an ultra-violent satirical sandbox, the other is attempting to offer a more sweeping, cinematic tale even, presumably, for its online component. Buying a new car with a Shark Cash card kind of makes sense within GTA Online’s world; rolling up to a saloon and being asked to pay $4.99 for some Rockstar Bucks to buy a whisky is a surefire way to bring you back to reality with a bang.

But, microtransactions will be there RDR2, and it’s all about how they’re handled. Take-Two CEO Strauss Zelnick has been pretty open about how pleased the publisher has been with the recurrent spending model seen in GTA Online. Despite being five years old, and despite generation more than $500m last year, Zelnick said “We are convinced that we are probably, from an industry view, undermonetising on a per-user basis.” So just to get that straight: the CEO of Take-Two believes GTA Online players have been getting a deal that’s too good to be true.

The big question mark now is whether Take-Two and Rockstar try to even more aggressively monetise Red Dead Redemption 2 after launch. The smart money would be on them repeating the exact same tactics as they did for GTA V, it’s proven to work, but you can never underestimate a corporation’s thirst for additional revenue - there is the chance that Red Dead 2 could be absolutely littered with virtual currencies, loot boxes, season passes, and cosmetics. That would be on top of the pay-to-win system we already have. Too much, though, and Rockstar could kill the excitement. Too little, and Take-Two will be breathing down their necks.

What do you think, just how aggressive will the microtransactions (MTX) be in RDR2? Will Rockstar risk putting in more payment opportunities? Let us know!

How will the Red Dead Redemption 2 microtransactions compare to GTA Online?

Unless they want a huge back lash a la Battlefront 2 level, they should avoid micro transactions in single player.

I have no doubt multiplayer will be chocced full of micro transactions.

One word Rockstar, of course there is going to be micro transactions look at GTA V for example.

My guess would be that singleplayer will be relatively microtransaction(MTX) free. But multiplayer will likely push for at least same amount, if not more MTX. Because lets face it, MTX in GTA V made a way too much money, to extent they canceled DLC to make more multiplayer content, to incentivize more spending. 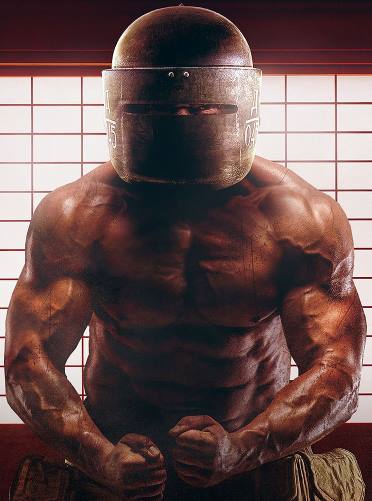 They already confirmed that RDR2 will be filled to the rim with MTX, since in their eyes MTX are the future. I guess they didn't want to acknowledge the missteps by EA and think they can do it better.

Of course it will. R* are raking in the dollahs from MTX in GTA5. They're going to do it again. It's why I'll be staying well away from RDR2 on any platform.

uhm?! this question make me wish to have a list of games where are not polluted with microtransaction traps

Microtransctions are cancer of gaming with it EA

I wouldn't pull all the blame on EA...only! They're just the ones that did it first, but there was a high chance any of the other shady studios to have done the same (if not worse...).
The most negative effect from all this fiasco (at least for me) is the fact that now games will not be judged just over the quality of their content, but rather: "OUR GAME DOES NOT HAVE MTX!!!" - and that makes ya a friggin hero?! That's expected of ya!

Micro-transactions are cancer of gaming, period.

2k CEO said we are not milking our consumers enough and being too kind to them and everything in silver plate this is not how business works he means free updates
and how R. are doing what people want and making amazing games
but F that guy hes quote was this not the same but similer meaning he is who shoved Shark cards into gta and hurt openIV

I don't even care - if it's not coming to PC, it's dead to me. At this point, I'm not even hyped about this game anymore. I'm dead inside.
They did that to me.

its really sad, they r getting quite a lot of money keeping it console exclusive it seems

I don't understand how Rockstar are thinking , they didn't release great games for PC like RDR and Midnight club : LA, that's what I hate about Rockstar, sometimes i feel like they are too selfish and greedy.

its 2k if you scroll you will see my comment on what there ceo said he is the one that dose this
why first on console i hate that i want all platforms and cross play
but they do 2 dips Release first Console Sony and Microsoft get increased sales from those games some people dont want to wait the time between pc and console which was 1 year last time sadly so some pc players bought a console to enjoy it cuz the know there games a fun well so far they are now bit less as 2k is hurting everything amd they even tried to stop mods
i hate this method but maybe R, will do the same thing again 2K!

Putting the little faith I have left into Jurassic Evolution - let's hope that'll pan out. Looks promising though.

All you have to do is look at the announcement to shareholders of Take-Two interactive. "every game we produce will aim to have 'recurrent consumer spending' included." and don't think borderlands 3 will be different

Inevitably yes, but the real question is how it's implemented. The western era severely limits them variety wise, so how'll they'll make up for that, to give incentive for players to purchase them is worrying. Could be even grindier, or have exclusive weapons or horses with increased stats making it P2W.

I think that they are going to hugely expand on businesses and property owning in RDR2, which will obviously require a lot of cash. This may mean nothing to me because I only own a PC, although such a big company and franchise can make a worryingly large impact on the industry as a whole.

Considering how GTA V is making it's way around, they'll most ceratinly riddle this game with tons of microtransactions, especially in multiplayer.
Only thing I'm worried about is that they don't skimp on the story as they did with GTA V. That'd be a terrible shame considering how great RDR was.

I don't even care about this game, just as I don't care about GTA's online mode, but being able to buy ingame money for real cash is already way too much p2w for my taste. It's beyond me why they never seem to get any storms for this kind of .

Because GTA, simple as that. Also because MTX has been so normalized in our society that it seems people are just thinking less and less of it.

Just my point of view.

The real question is: Will Red Dead Redemption come to PC?

And I mean both the first and second game

Nah, they're making way more money on consoles.
Take-Two is probably one of if not the greediest company out there.

I know they will get away with microtransactions as long as they don't make absurdly ''pay2win'' mechanics. I can see them make ''pay to unlock or grind'' type of stuff.

I'll stick to the SP and make sure to avoid the online mode like the plague. Never even touched the previous games MP.
Unless they c*ck up the story mode in this one to make room for MTX. In which case I'm skipping entirely. And we don't even know that it'll be on PC yet.
All eyes on you Rockstar.

Exactly this. I went into GTA online for kicks with a few friends but that was short lived. If they try to stick MTX into SP I'm not getting this at all.

If they stick MTX with SP , the game will be disaster.

I'm afraid they're gonna put even less resources into gta VI's singleplayer now. It already seemed like they scraped the clearly planned SP DLC in favor of their new cashcow called gta online so I'd be suprised if GTA 6 can hold up to previous titles.
The direction rockstar seems to be taking is really sad in my opinion.