Any gamer who purchases the Blu-ray copy of the movie, Total Recall: Director's Cut, will also receive a demo to the next God of War chapter - God of War: Ascension.

Santa Monica teamed up with Sony Pictures Home Entertainment to get the PS3 players exclusive hands-on time with God of War: Ascension on December 18th but does the game need the push...

Well, if it brings Sony more eye balls then yea, that push is justified. And to top it off, neither party has anything to lose! Perfect. 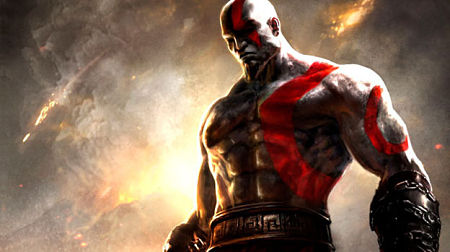 Total Recall released a couple of months back to negative reviews though it managed to recover it's production costs. Now for the home-theatre release, the makers of the movie kindly obliged to tie-in God of War: Ascension and understandably so, the game is without a doubt more popular than the movie itself. And it would actually benefit the movie-makers more than it would to Sant Monica for a sime reason..

Fans of the critically and commercially-acclaimed God of War Franchise will buy the Combo Pack for the demo alone. As for the Combo Pack itself, will feature two blu-ray disks, one of which includes 20 minutes of new footage of the movie not shown in theatres, along with an alternate ending and over 1.5 hours of special features and exclusive content, whereas the other disk is of the single-player demo of the game. The mission is the same that was shown off at E3 2012. You can watch it below:

Now for the game, God of War: Ascension is the next entry in the popular franchise whose last game, God of War 3, released in 2010. But after downing the rumors of a sequel being developed for the last game, Santa Monica revealed this, a prequel to God of War. It taps into the origins of the protagonist demi-god, Kratos, his redemption from past sins and the rise of his rage to break free from Ares' bond. Also, you get to see Kratos' human side and the events that he encountered in his younger days. The game begins six months after the demi-god murdered his wife and his child, after being tricked.

The three Furies -who Kratos must must defeat in order to break free from his bond with Ares- are the main antagonists of the game, one of which was featured in it's new trailer.

What you can expect from the game? Epic cinematic storytelling, brutal combat system, an innovative multi-player coupled with large-scales carnage and blockbuster moments that will give you that adrenaline rush only a God of War experience can deliver. 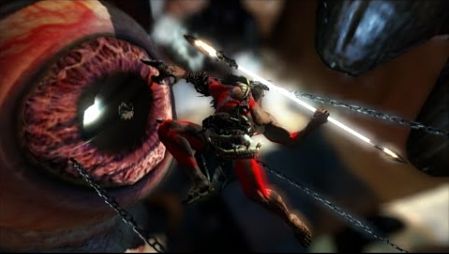 Santa Monica has the skill and passion that evolutionizes the game-play experience and will force you to lean into the world; that of a cinema. Prepare to immerse yourself into the world of Ancient Greek come Spring 2013. GD is looking forward to it, are you?

So GD'ers, are you excited for this Combo Pack? Are you buying this for the movie or for the exclusive demo? Also, your thoughts on Santa Monica's move to make a prequel instead of the usual sequel? Enlighten us with your comments below!

Is that the remake of the movie?
No wonder they have to sell it with a game demo :D

"See you at the party Richter!"
"SCREW YOU!!!"
Anorld's simply EPIC!

Yea, his version was special.
'Baby, you make me wish I had three hands!' ;)

Not the best actor around, but how can you not like him? =D

Yea, it is. Nothing special though :p