Sega has just surprised us with a Twitter announcement that’s going to be hosting a “HUGE” live reveal of some sorts tomorrow, and that’s their emphasis, not mine.

There’s a special Sega Fes 2018 event running at the Bellesalle Akihabara in Tokyo this weekend, and it’s going to be all about Sega reveals and other goodies. They’ve been very quiet about the whole affair up until now, but a new tweet has effectively recommended fans get hyped for the event. Either Sega has something huge up its sleeves, or disappointment lies right around the corner.

“We have a HUGE announcement coming live from SEGA FES in the heart of Tokyo tomorrow. It will be in the early hours for those of you in Europe but you DO NOT want to miss it! Watch this space!” said Sega Europe in the tweet. 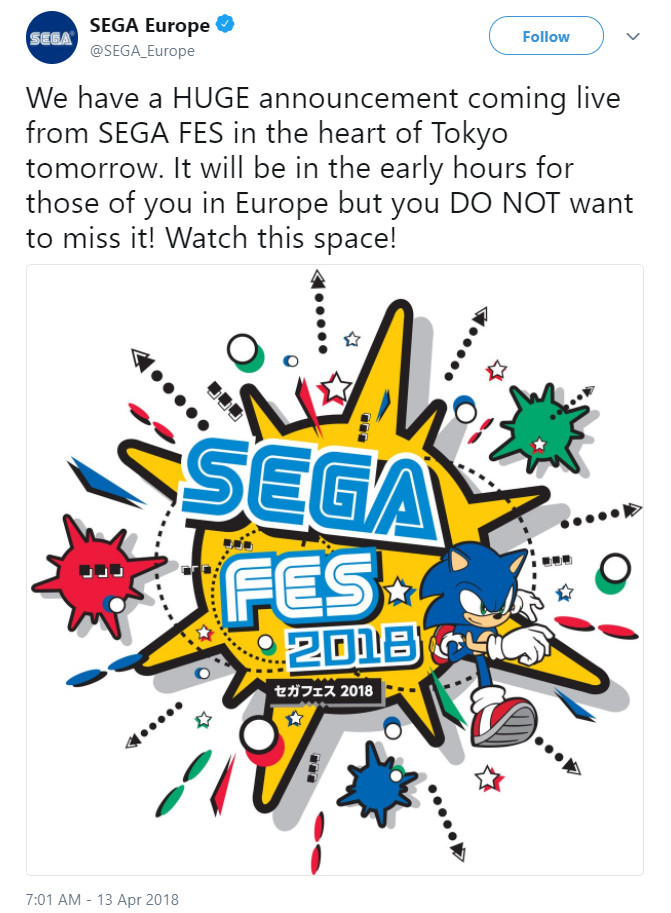 Speculation is now mounting as to what it could all mean. The particularly crazy will be hoping for the Dreamcast 2, or maybe even a Dreamcast Mini, but odds are it’s going to be our first look at the new Sonic Racing game that was teased a while. Me? Well, I’d be happy with Shenmue HD remasters and Super Monkey Ball 3, but I know better than to get my hopes up.

What do you think Sega could reveal that would qualify as huge news? Let us know below!

This is amazing! I can't wait to get my hands on it!

A new crazy taxi game would be enough ;) 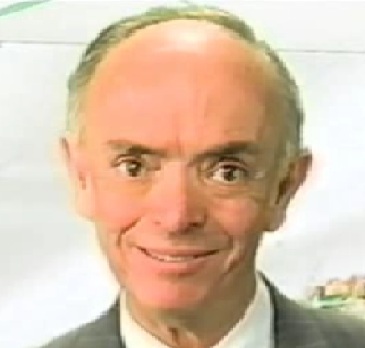 Back in the hardware game? Maybe...

I would love to see JSRF remastered, But I doubt it will ever happen.

Please not another bland Sonic game.

probably Shenmue 1 and 2 HD versions for PC, PS4, Xbox One and Nintendo Switch.

don't think they will enter the console market again. it's not cost effective

Sorry to burst your bubble but the chances of that happening are zero.