Uh oh, things may be about to get a bit messy for Nvidia. DigitalTrends is suggesting that antitrust regulators may be investigating Nvidia’s GeForce Partner Program (GPP) over fears it could be engaged in anti-competitive practices.

Nvidia’s GPP is a program that Nvidia’s OEM and AIB partners can sign up to in order to get their hands on the latest innovations, work with Nvidia’s engineering teams, and also engage in cross-brand marketing. Partners also benefit from discounted prices and priority allocations of GPUs versus those who don’t sign up to become GPP partners.

The downside is that, as part of the agreement, GeForce Partner Program partners must align their current gaming brands with GeForce, excluding AMD Radeon graphics cards from the branding efforts.

Over the weekend it emerged that Dell, HP, and Lenovo may have all refused to sign the Nvidia GPP deal, and things may be about to get a whole lot worse for Nvidia. Some gamers have said they’ll be boycotting Nvidia products, while others have gone a step further and got the US Federal Trade Commision (FTC) and the EU Commission involved. Some users on Reddit are now reporting that the FTC and the EU Commission have replied to them, and may perhaps even be looking into the claims in an official manner.

Nvidia has said nothing about the anti-consumer allegations, and nor probably will it, while the FTC and the EU have also been similarly quiet, at least in terms of public announcements. All of the claims leveled against Nvidia are alleged at this point in time, coming from anonymous sources.

If anything were to happen on this front it could mean potentially years of legal wrangling. There may even be absolutely nothing to it from a legal point of view, but there’s certainly a concerted blowback against what Nvidia’s trying to achieve here with GPP. A similar case was leveled at Intel back in 2009, labeling the chip giant’s business as "unfair, deceptive, and anti-competitive". This cost Intel to the tune of $2.65 billion in fines from the FTC and EU Commission collectively back in 2009.

Do you believe Nvidia's GeForce Partner Program is anti-competitive? Will this blow back in its face? Let us know your thoughts!

Thanks to ItsTheGamerEdit for bringing this to my attention!

Just because Nvidia sells loads more than AMD doesn't give them the right to further alienate AMD in an almost illegal monopolistic move.

Man right now GPUS prices are just too high, i found out that the gtx 1060 6gb right now costs $100 bucks more than my gtx 1060 6gb when i bought it last year, i could consider myself lucky :/

You should.I am stuck with GT 710 after my 7970 died.At least old strategy games are nicely optimized unlike newer sh*ty games from EA.

Urm I feel like you are hating over SWBF2 rather than how their games actually run, most of their games run pretty well. Especially when compared to some other games 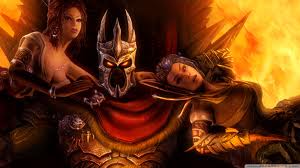 well its because they tried too be better than no man's sky at the time, and then scrapped the whole thing and then they started all over again with only a couple of months to do it

nvidia tried this probably beacause the next consoles will be from amd again...

Lol yay i finally made it to an article.

Glad to help out! If i find more news then i'll spam it.

+1 to you buddy! thanks for the heads up.

I hope it blows up in their faces and they come to a point of realisation that GPU prices are way too high right now and it's not just supply and demand but downright putting our pants down and screwing their consumers.
They want to create a monopoly. Like I said before, we need more competition on the market. How is it that after so many years, there are still only 2 manufacturers to choose from

I'm glad hopefully Nvidia well learn from this and maybe think next time.

As crazy as this is, and it happened to Intel, a fine wouldn't even make a dent in how Ngreedias wallet. They have so many sheep customers that they could be fined 3 billion and walk away from it not having a car in the world. Considering their CEO makes 25 MILLION a year and is worth 5.5billion people wonder why I don't plan on buying nvidia products or apple products ever. The greedy will always be greedy and anti-competition.

talks about sheeps, owns a vega 64 drugs are bad mkay

Not sure what a Vega 64 has to do with everyone buying nvidia just because but ok lol.

Because it's Vega series that was overhyped and praised for no reason, I bought the 1060 because the price difference between the RX 480 and 1060 wasn't big and the 1060 was showing better performance, Vega 64 vs 1080 shows that 1080 has a better price-to-performance value.

You are correct in saying a fine is not THAT big an issue for such a MNC, but the fine is not designed to affect it in the first place. Doing anti-competitive practices in NOT illegal in the traditional sense, in that the company is utilizing its legitimate, legal position in market to further strengthen its position. The real target is the reputation; already dell,HP,lenovo are being cautious, now more will follow. That reduces business, which is the ACTUAL detriment applied

Actually in the US it's not and that's why the US sucks, everywhere else in the world anti-competitive practices are indeed illegal. It's why Intel, Microsoft and Apple get fined in the EU like mad but they don't care because they're billionaires.

Yeah, I kind of saw this coming...

as much as I love Nvidia's products especially for their efficiency, I really hope they get punished for this ****ty moves

And here come those legal issues Nvidia.... lol you should've had Intel fill you in on why this WASN'T a good idea! I'm surprised your lawyers let you do this..... they must HATE you..... or thought it would just be funny to watch you struggle with this when there are already examples of this going horribly wrong.....either way... should've done your research Nvidia.... lol your troubles have just begun...... I knew where this was going from day one, knew it wasn't good for ANYONE, not even you!

U need to lay off that caffeine mate XD But seriously, you just worded my entire feelings over the bs nvidia has been pulling recently.

Although it would be quite better if we actually get Dell, HP and Lenovo's official statements regarding this soon, wouldn't want to be getting sold out on some fake rumors after all..

this does not warrant official statements by any comapny other than Nvidia, no one is being accused of allegedly being anti competitive at this point. Releasing statements about on going negotiations (whether positive or negative) is not the way to do things

Oh, I didn't realize it worked that way, thanks though.