AMD has at long last responded to Nvidia’s GeForce Partner Program (GPP) with a charged statement; a call to arms if you will. It sounds as if Team Red is none too pleased with marketing decisions it deems antithetical to PC gaming. Nothing sums this up more than the closing statement of Scott Herkelman from Radeon Technologies Group, who declares “We believe that freedom of choice in PC gaming isn’t a privilege. It’s a right.”

Nvidia GPP, to borrow from what Stu explained yesterday, is a program that Nvidia’s OEM and AIB partners can sign up to in order to get their hands on the latest innovations, work with Nvidia’s engineering teams, and also engage in cross-brand marketing. Partners also benefit from discounted prices and priority allocations of GPUs versus those who don’t sign up to become GPP partners.

The downside is that, as part of the agreement, GeForce Partner Program partners must align their current gaming brands with GeForce, excluding AMD Radeon graphics cards from the branding efforts.

It’s very aggressive marketing, with suggestions from some corners that it may even be anti-competitive. AMD’s hit back hard with a statement, leaning heavily on the freedom of choice that makes PC gaming distinct from any other platform. To that end, AMD will be launching a number of new gaming brands with its AIB partners over the coming months.

“Over the coming weeks, you can expect to see our add-in board partners launch new brands that carry an AMD Radeon product,” says Herkelman. “AMD is pledging to reignite this freedom of choice when gamers choose an AMD Radeon RX graphics card. These brands will share the same values of openness, innovation, and inclusivity that most gamers take to heart. The freedom to tell others in the industry that they won’t be boxed into choosing proprietary solutions that come bundled with “gamer taxes” just to enjoy great experiences they should rightfully have access to. The freedom to support a brand that actively works to advance the art and science of PC gaming while expanding its reach.”

The full statement then delves into the key values which it believes all AMD Radeon will offer. This includes open innovation, where the tools and technologies are shared to help further the industry, including HBM memory standards, Vulkan, and the GPUOpen Initiative. A commitment to transparency and introduction of industry standards like AMD FreeSync at no extra cost and with no “proprietary technology taxes limited their choice in displays”. ‘Real partnerships’ with AIB partners to offer the best quality game products with no “anti-gamer / anti-competitive strings attached”, and expanding the PC gaming ecosystem.

“We pledge to put premium, high-performance graphics cards in the hands of as many gamers as possible and give our partners the support they need without anti-competitive conditions,” says Herkelman. “Through the support of our add-in-board partners that carry forward the AMD Radeon RX brand, we’re continuing to push the industry openly, transparently and without restrictions so that gamers have access to the best immersive technologies, APIs, and experiences.

“We believe that freedom of choice in PC gaming isn’t a privilege. It’s a right.”

AMD’s come out swinging on this one, and it’s difficult to argue they aren’t in the right. The last few weeks haven’t been a good look for Nvidia, who’ve been applying heavy-handed tactics despite being THE dominant force in the GPU industry. For gamers the message seems pretty clear from AMD - Radeon will work for gamers rather than try to extract as much cash as possible. Time will tell on that front, but it’ll be interesting to see whether gamers vote with their wallets on this issue.

Recently AMD has been making all the right moves.
And their cards are proving to be more bang for buck than Nvidia's.

I would be asking myself if I didn't already know the answer. That said I think you already know and I get the feeling your response is more confusion than ignorance.

I kinda found the virtue signaling and the appeal to "brand patriotism?" a little distasteful on AMDs part with this statement, but they're not wrong..... one thing I've always loved about AMD is their push for open standards in GPU technology over Nvidias selfish "we're the center of the universe" walled garden approach..... it's what made me go AMD for my current GPU, and why I'll always prefer to go AMD if they're going to sell me a product I want to buy.

That last bit was the most important: if they're going to sell me a product I want to buy

No regrets buying my 1080Tis and still nothing beats them from AMD's side... I'd perhaps go with AMD, but they need to step up a bit more. They're doing great, but just not quite there yet.

I know what you mean.... I generally buy in the mid range, so it's a pretty easy choice for me, they've always been extremely competitive there.... the last couple generations though, their flagship was a little disappointing compared to Nvidias, the Fury X and the Vega 64 are both great cards, but when compared with the 980 TI, and 1080 TI respectively..... they just don't really stack up.

fury x launched with very bad drivers so it even lost out to the 980 in some cases , but it improved with time and started beating the 980Ti and even the 1070 sometimes

Agreed Dragongod... AMD cards always seem to get better with time after drivers mature..... I'm not sure how many instances I've seen of it beating a 1070, but I have seen some where it can pull a little ahead of the 980 TI in some games.

doom with vulkan api and the recent hitman games dx12 , it beat the 1070

somehow the star spangled banner plays in my head with an image of a waving american flag while reading that statement.

Nvidia fan here, but I support AMD 100% with this! 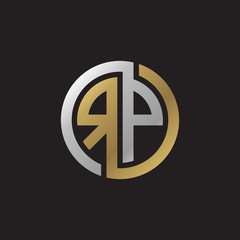 Normally a lurker here but hot damn this statement is definitely making me like AMD more. Now just hoping they make some better cards than Nvidia.

Kinda proved AMD right there with that last statement lol

I could not possibly agree more with AMD on this one.