Star Citizen - Will Need Futuristic Powerful PC: Not For Console

Chris Roberts is a legend. He is the guy behind Wing Commander and Freelancer. He therefore knows gaming and how to meld it into a sci-fi space saga. Chris has spent the last year developing his next title, Star Citizen.

Star Citizen will be a massive multiplayer sci-fi Elite style game with trading, shooting and exploring. Made just for PC and designed from the ground up to scale and utilise the performance capabilities of even the most powerful future computers...

Instead of getting in bed with one of the big publishers, who will "ask" him to also develop the PC focused Star Citizen for next generation consoles, he has gone down the kickstarter route. The intention is to allow his development studio the flexibility to deliver his space saga vision and this is one that results in a game that will make any console only gamer drool with envy.

Star Citizen will have the player traveling a large persistent universe, like something out of Elite or the X series but with a single player offline mode that will seamlessly tie in with the online game should you log back on.

While online there will be instanced battles that could feature up to a hundred other players. Alongside the first or third person shooter battles will be a fully operational economy system that will adjust based on player trading patterns. Then there will be the chance to be a real explorer. If you are the first to discover a region you can note the coordinates and sell that information when you get back to charted civilisation. These coordinates can then be useable as a hyper space style jump point, that traders or military groups might find useful/valuable. You may even name new star systems after yourself, if you are first on the scene. 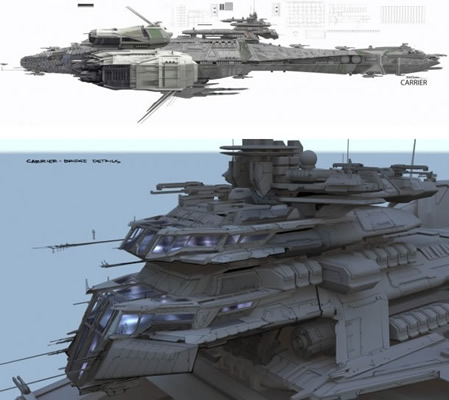 When you have accumulated enough wealth you may be able to buy a ship so large that it can litterally house your buddies ships. they can then jump into your turret placements to keep enemy at bay. Now that is pretty darn cool.

Single player aspect of the game will include a campaign similar to the Wing Commander of old, called Squadron 42, which is said to be inspired by the fall of Rome. This experience will again be completed with your same multiplayer character, should you want to then step back over from the single player. 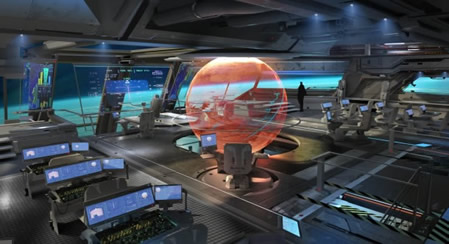 You can land on pretty much anything in the game. Get out of your ship and walk around. Although float is probably more accurate, due to the zero gravity.

Based on the gorgeous and scalable Cry Engine 3, Star Citizen's engine is built to scale for the PC's of today and tomorrow. As PC gamers upgrade, Star Citizen will make use of any extra processor cores, memory or GPUs it discovers. This is why we are PC gamers. we want cutting edge, when we can afford it.

Keeping in mind the focus of who this game is being designed for, Roberts knows PC gamers like to push the boundaries of their gaming experience. So Star Citizen will let you set up your own server, should you wish to define your own rules and gaming universe with your buddies. 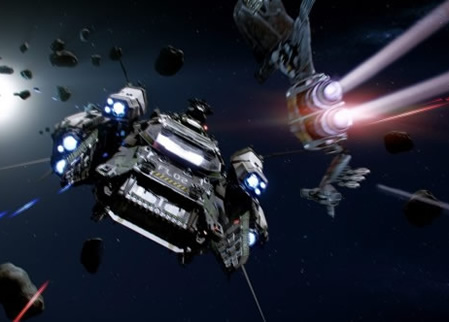 Star Citizen will also have Oculus Rift support. This is the virtual reality headset that is in prototype stages at the moment, but certainly getting people excited.

It doesn't take long to realise this is the game that all other space games were meant to be. Roberts has got the basics of the game looking good with solid concepts in place. He has achieved this largely with his own money and mainly so the world can visualise and share in his dream.

This is where the crowd funding for this project, that has helped so many other games this year, will hopefully step up to give this a chance to deliver on Roberts futuristic goals. Game-Debate does not normally get into the crowdfunding kickstarter projects but this one has PC at the front of its vision and therefore makes it obvious that GD will love it. 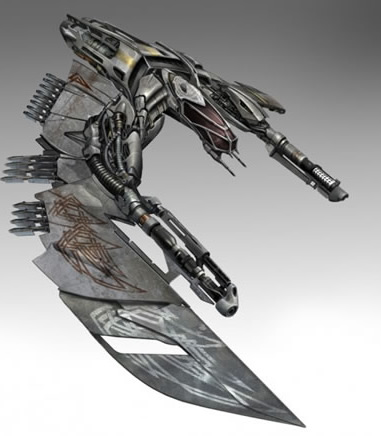 Star Citizen will champion the PC and everything that helps the PC stand out from other gaming platforms. The crowd funding project is aiming to pull in lots of money to make this project happen.

Here is a piece from Roberts Space Industries

"Today's game publishers, like their Hollywood counterparts, want predictable returns from sequels to last year's hits. A game in an out- of-favor genre, set in an original universe is viewed as a bad investment. And the concept of developing a new product exclusively for the PC sends publishing executives and most Venture Capitalists running for the exits."

So if you want to help out then drop by and give your support.

It must be hard for Roberts to step away from development, just as things are starting to take shape. To spend his time trying to sell the dream to potential non-believers. But needs must and so far, things are looking very good indeed for this futuristic PC champion... 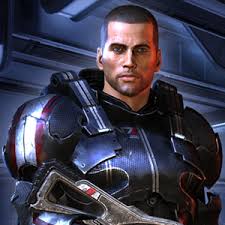 I am throwing my money at the screen and nothing is happening.

This looks like it'll be pretty good, looking forward to it.

There is a single player mode in this game? Thank goodness, I thought it would be online only. Now I'm really interested in this game!

Hopefully the singleplayer will be lengthy and enjoyable...not really a multiplayer kind of guy- But just from the concept art, man, as a Star Wars nerd, this looks like something I would love! 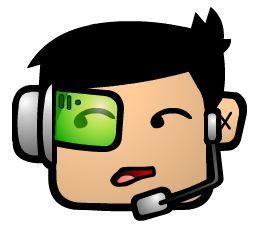 bring this game to me

Get it yourself, you have enough money to fund the intire operation if you soled that rig! =D

we need proof for that rig :P

Why would we need that? it is not like he is lying =)

Bring it on! I hope my rig can take this game :D

When I saw the head line I immediately went "Challenge accepted!" Haha :D
I hope this game turns out to be amazing.

I wonder what the disc space will be, about 100GB or more at least if it will be as cool as I hope it will be, this is going to be simply EPIC I hope, and will change PC gamer's for years to come. =)

Disk capacity isn't my problem, the time it takes to install the package :P

Ahahah, I hope we wont have to download it! -_-

Things will change when the new gen of consoles will be out.

Due to the intended scalability of this game, Roberts seems to be aiming to embarrass even the next generation of consoles. We will have to wait and see but this project certainly has some solid roots.