PC gamers are set to get a steep discount on Dark Souls Remastered, Bandai Namco has announced, alongside revealing the PC system requirements.

Despite denying it when the remaster was originally revealed, Bandai Namco has confirmed via Twitter that PC owners of the Dark Souls: Prepare to Die Edition will get a 50% discount if they choose to upgrade to the Remastered edition. There’s an argument that it should be free, although it puts PC gamers in a better spot than console fans at least.

“Owners of the PC version of "Dark Souls Prepare to Die Edition" will be able to upgrade to "DARK SOULS REMASTERED" at a discounted price,” writes Bandai Namco. “Please feel free to take advantage of this campaign.”

As far as system requirements go, these are about as low-end as you're going to get, and kind of tell us the whole story as to how far, or more correctly, how little, From Software is going with this remaster. A simple 5-year-old video card with 2GB VRAM is enough to meet the recommended system requirements for Dark Souls Remastered, alongside 8GB RAM and, probably the sticking point of the whole thing, a quad-core processor clocked at 3.2GHz.

Most PC gamers should probably run into zero problems matching Dark Souls Remastered's system requirements, but if you do then the minimum specs are there. Here you'll just need one of the very earliest DirectX 11 capable GPUs, 6GB RAM and a dual-core processor. I imagine there are probably phones out there that are faster than this these days so Dark Souls Remastered is going to be playable on a very wide range of PC gaming systems.

I don't know exactly where I stand on the whole free-or-discount thing. DS1 was a shoddy product at launch and the fact that they never once bothered to patch it is a good argument as to why this should be free, but we did get the Artorias DLC for free, plus with DSFix the game was still far beyond the consoles.

If they'd tried to sell this for $40, I would've ignored it without a second thought. But at the lowered price point, I'm curious to see what's different about it. A SotFS type redo would've definitely had my attention, but I'll wait for the reviews this time before deciding whether to drop any cash for it.

I think the specs do paint a picture as to why it is also playable on switch.

"Get Punished in High Definition." 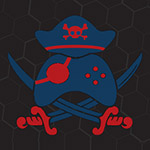 HAHA, if you watch this trailer is clearly edited, and fake, "DARK SOULS REMASTERED PREORDER NOW 25th MAY 2018"
Basically you can't preorder now in Steam.

I mean, pre-ordering a digital game is absolutely crazy anyway

I hope MKB controls are improved

Nothing is improved, looks worse then Modded Dark Souls 1. Please dont buy this!

DO NOT judge the game through Youtube videos, we all know that youtube compress video quality, and all the game plays that we watched is from PS4 PRO, PC will run the game much smoother. i will definitely buy this game.

YouTube's video compression quality has gone a long, long way, to the point where you can be fairly certain that what you see on the screen is a fairly accurate representation of what the game looks like.
Regardless, I've heard plenty of not so good things about this remaster from people who are into Dark Souls much more than I am, so I'm not too keen on this remaster.