The Crew 2 System Requirements Are Here

The Crew 2 is kicking off a large-scale beta test at the end of this month and in the meantime, Ubisoft has revealed the official PC system requirements for its massive open-world racer. For the first time in the series, players can take to land, sea, and air, for racing hijinks, both online and offline. Flying a high-speed jet through a packed city surely doesn't take it easy on your graphics hardware though. Here's what you'll need to run The Crew 2 on PC.

Visually, The Crew 2 is already looking leagues ahead of the original, with much more detailed environments, that awesome folding-world Inception effect, and the ability to switch between vehicle types on the fly, dropping from the sky into a speedboat or taking off from a highway as you transform into a jet. The Crew 2 should be a sight to behold for racing fans, and this reflects in the much higher system requirements for The Crew 2 compared to the original.

Despite the advances though, The Crew 2 isn't a particularly demanding game. In terms of the minimum specs, these are aimed at 1080p / 30fps, and a mid-range, five-year-old system will do the job. In a racing game a steady frame rate is crucial though, so if you're near the minimum requirements for The Crew 2 then it may pay to drop to 720p.

The recommended specs for The Crew 2 are also quite forgiving, falling right around the average for a AAA game in 2018. A decent quad-core processor clocked at 3.2GHz+ will net you 60fps at 1080p, paired with a GTX 970 or Radeon RX 470 with at least 4GB VRAM. If you've got a GeForce GTx 1060 or a Radeon RX 480/580 then you're going to be able to run The Crew 2 without a hitch. The Crew 2's recommended RAM requirements are also more forgiving than the average, with 8GB required across the board.

On PC we're going to be treated to full 4K and ultra-wide 21:9 aspect ratio support in The Crew 2, as well as multi-monitors, driving wheel support, mouse and keyboard inputs, gamepad support, and fully customisable graphics options.

As ever, remember you can always check out how well your PC can run The Crew 2 System Requirements here, where you can check benchmarking and performance from other users. Compare your graphics card to The Crew 2 GPU benchmark chart and we also have a The Crew 2 Frames Per Second system performance chart for you to check.

So which of the 15 editions, that Ubisoft is going to launch, should we get?

My rule of thumb, don't buy stuff like Crew 2 which are MP only sandboxes with good-looking assets thrown in. And it is our cumbersome burden to remotely have an enjoyable experience by carving out something form it.

Not to mention gambling simulator and microtransactions for whales, oh boy!

MP only in and of itself isn't bad...the crew, despite its bugs, was really fun with friends, and the crew 2 is shaping up to be significantly better. don't diss a game because it's not something you like.

I'm all for dissing the whale stuff though, though as a reminder, Ubisoft usually aren't THAT bad with MTXs. they're no saints, but it's not like you have to buy them to enjoy the game..especially if you use uplay rewards.

I hear you and agree with you. I have The Crew on PC too.
But here's the thing, when you say they aren't THAT BAD, that right there is the problem. We are allowing them the cushion they need to include MTX in $60 AAA games. Things I would earn in previous games as unlocakbles for actually playing the darn game are now behind a paywall.

oh I agree they shouldn't exist at all, but the companies will not get rid of them, because you'll always have people who don't care and buy the games anyway. people still bought battlefront 2 after all of the legal heat EA got in. the only reason EA reworked it was because of the legal heat, and they probably had the Mouse breathing down their necks, too.

For a second I thought you need 8gb of vram on high 60fps settings since it recommends an rx 470 8gb instead of a 4gb quite odd thou.

I tested the closed alpha, and the game was running fine on my rig at high settings at 30fps ( 25 in reflections areas )

Good to know, thanks!

Played the closed beta and alpha both were utter crap for textures, quality and graphics. Not looking forward to this game at all.

dude, they're alpha and beta. that was my main gripe too for the environment (cars were gorgeous), in alpha, there will be polish before its release.

I ran this game in closed beta and it was running at locked 60fps with only shadows 1 step below max settings.

well, this game doesnt seeem very taxing on either the CPU and the GPU

alright, I'm good :D now to wait for June and hopefully have $60 by then. 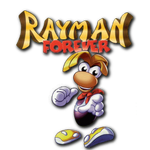