World War 3 will be coming exclusively to Steam Early Access in 2018, and it could be of interest to those hoping that Battlefield V could’ve been a sequel to, well, Battlefield 4. WW3 features large-scale combined arms combat in Warzone mode, complete with vehicles and high-tech drones. Depending on the game mode there’s also going to be an emphasis on attack or defense, a little like Siege.

Just in case you thought The Farm 51 was missing a trick here - they haven’t. There’s also a battle royale game type known as Recon. It’s fairly different than the usual formula though and focuses on small reconnaissance squads tasked with capturing high-value military targets.

Combat promises to err on the realistic site, despite World War 3’s announcement trailer demonstrating some obvious bombast. Full ballistics physics will be at play, while the maps themselves will be set in real-world cities like Moscow, Paris, Berlin, and Warsaw.

“We are extremely proud that after all these years of development we can officially present World War 3 to the players all around the world,” exclaimed Kamil Bilczyński, creative director on World War 3. “We believe the game will receive a warm welcome from multiplayer FPS fans and military passionates. We are not slowing down in perfecting the project which we hope to develop together with the community soon enough.” –, Creative Director.

WW3 is due to hit Steam Early Access later this year. It’ll be arriving at a reduced price before creeping up as it gets nearer the proper launch.

I'm so proud of my country. Well, at least till now a much smaller, Polish game dev studio has shown the big guys from EA, how the new BF trailer should be made. 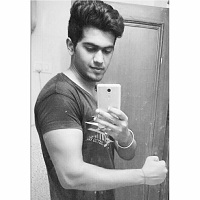 this looks promising .gonna buy this instead of bf v

Now, I'm not a fan of COD or BF games but this one has surely caught my interest

The ps3 wants it's graphics back :(

It looks decent, not very colorful, but it doesn't look as bad as bf4, that one is over-saturated, tons of blue. Yes it looks good, just not realistic.
The graphics look sharper than any on a ps3 game though.

Of course there will be a Berlin map , a world war without Germany is no war and maybe who knows , third times a charm. 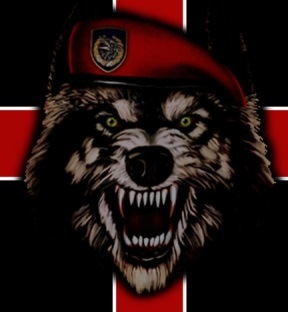 Now THIS is how you do trailers EA and DICE. THIS is what all-out war is supposed to look like. I hope they deliver,there's a good chance I'll get this one. F Battlefield
A little bit pissed about 0:10 tho, Serbia in NATO ugh -.-

Is it me or does this look like a battlefield 4 game?

If the devs are like CD Projekt Red, it will be better for sure!

It's refreshing to see a different developer one-up the two big boys with World War 3 while Activision Blizzard and EA DICE flounder about in the World War 2 play pen.

I'm so proud of my country. Well, at least till now a much smaller, Polish game dev studio has shown the big guys from EA, how the new BF trailer should be made.

You people make some great games,like Witcher 3 and Dying light if I'm correct?
What i personally love is how you and development of your games hasn't fallen under the SJW influence

Has potential if you ask me.

Not trying to start an argument here but damn that looks a lot like BF3.From the trailer/music to the game play.I could care less who made it i am gonna give it a try for sure.

No need for any arguments here - if it looks & smells the same, than it must be the same - people need to chill & accept this already.