At long last, Telltale has announced the start date for The Walking Dead: The Final Season. Clementine’s epic journey will be coming to a close in the fourth and final season. It all starts off on August 14th for PC, PlayStation 4 and Xbox One, with a Nintendo Switch release due later in the year.

The Walking Dead: The Final Season will feature a grand total of four episodes, starting on August 14th.

If you’ve still yet to play the previous three seasons you may want to look away now, as Telltale has also detailed what we can expect from the climax of Clementine’s tale. She’s come a long way from the little girl being looked after by Lee, and is now a fierce and truly capable survivor in the zombie wilderness.

Clementine has been wandering around America for years, mastering the art of survival. Now she’s stumbled upon on a rural school that could finally offer her the chance for a place to settle down and call home. Things appear to have come full circle for Clem though, and she’s now watching over an orphaned boy called AJ.

In a first for a Telltale game, The Walking Dead: The Final Season will feature a new behind-the-shoulder camera system with the aim of increasing immersion. From the sound of things, there’s going to be a greater focus on exploration this time around, “capturing the feat of living in a world overrun by the undead.”

Why do I have a feeling this time will be similar to the first season, but this time instead of Lee Everett it will be Clementine dying to save that child.

I hope this is leagues better than how season 3 ended up.We'll see.

Thank You Clementine. And Lee will always be missed even if he was there just in the first season.

Damn, I remember playing this on games for gold on my Xbox 360 lol

Crazy how I enjoy these more than the live show.

i gaved up on the series itself(too damn long for what its worth) is this even worth it?

I would say so, they are pretty good. 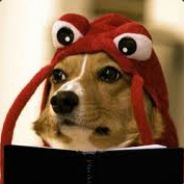 Still waiting for the Game of thrones season 2

On hiatus until the end of the show, not even confirmed to happen at all at this point :(