It wouldn't be E3 if there wasn't the blissful thought of publishers and panicking PR teams looking to plug some spectacular leaks. Just as if it looks like they've bunged up the holes though, a whole other leak springs up. E3 2018 hasn't disappointed this year, headlined by that calamitous Walmart leak.

But what do we actually know so far about which games are going to be revealed at E3 2018? Well, we've collated a list of all the leaks and pre-E3 announcements. We've tried to keep it realistic as well. A printed out conference schedule made in someone's basement isn't going to cut it, so these are all the rumours and leaks that we have every reason to believe are real. We've also omitted all the games we already knew about that are going to be in attendance, games such as Death Stranding.

That's it for now, but we'll update the list if there are any more juicy leaks between now and the start of E3 proper. It's not long to go either. The mayhem kicks off with EA's live press conference tomorrow afternoon. You can see the full schedule of conferences and plan your pizza party here.

DO MORE OF THESE KINDS OF IMAGES I DEMAND YOOOUUU

jpeg of the year.

Nice image. he looks like he has 3 arms :D

Jon, that image gives me life.

nice image u got there

Nothing from CDPR yet?

AC Odyssey, BFV and JC4, these are my most hyped games. 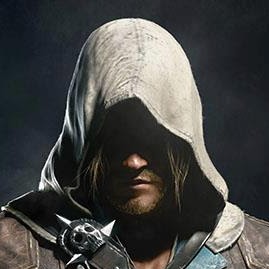 Most Excited for Splinter Cell,Fallout, and Hitman
May Pick up the new AC,Battlefield if its any good.

Bullfrog's old team should come up to stage for 15 minutes and just present some Two Point Hospital which looks great!