The crazy marketing machine that is E3 2018 is now slowly winding down. We've been treated to hundreds of trailers, and hours of in-depth footage from the biggest AAA titles set to craze our ultra widescreens during the coming years. It's been a packed week so be sure to check our news round-up to discover (nearly) everything that happened during E3 2018.

Now it's time to celebrate the very best of E3 2018. The games that wowed us in the respective genres. The titles we think will be gunning for Game of the Year awards either this year or next. Formalities out of the way, here are the Best Games of E3 2018. 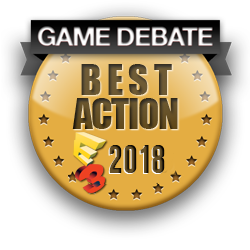 Finding a way to dress up a new Assassin's Creed just 11 months was always going to be a tough task for Ubisoft, but they addressed our concerns with ease. Assassin's Creed Odyssey looks as if it's set to improve on Origins in just about every conceivable way. The world appears to be larger and more varied, there's player agency in the storyline, and we can finally choose a different character from the get-go. The Ancient Greece setting has allowed Ubisoft to get a little wild as well, adding in supernatural abilities. 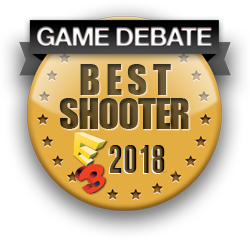 Battlefield 1 was a massive success for DICE, but it was a Battlefield game that even ardent fans could admit had a laundry list of problems. Battlefield V takes a similar template but attempts to inject a greater focus on teamwork, class specialisation, and even larger spectacles of war with the Grand Operations mode. Couple that with the free maps and modes for the game's lifespan and it looks as if DICE is onto a winner here. 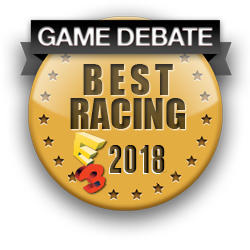 Probably the big wow moment of Microsoft's incredible E3 2018 press conference, Forza Horizon 4 takes the high-octane on and off-road racing hijinks to Britain, of all places. Dozens of people can now race around together, while dynamically changing seasons could be one of the biggest changes yet for the long-running Forza series. 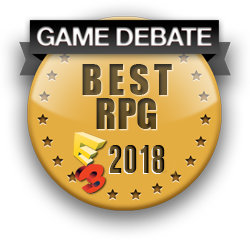 We've been talking about Cyberpunk 2077 for longer than I care to remember, but this week we took a massive step towards CD Projekt RED's sci-fi RPG becoming a reality. Behind-closed-doors impressions hit at a first-person RPG that is beyond the scale of just about anything we've seen before. Total customisation, total choice, and absolute freedom are going to be at our fingertips in Night City. 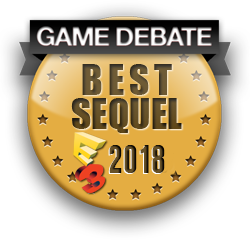 Back for another year, Metro Exodus continues to amaze and terrify in equal measure. Metro 2033 was sublime yet Last Light showed signs of fatigue. Metro Exodus busts us out those cramped Metro tunnels in a big way, expanding on the scope with huge, open levels that flesh out the survival-based gameplay. 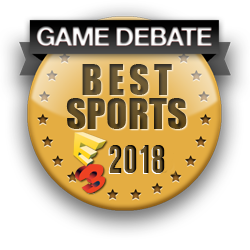 It's not often a sports game can tout something genuinely new but make no mistake - Champions League in FIFA 19 is an absolutely huge deal. It's been locked up with PES for a while now, but EA Sports is the type to run riot with the official license. And the best bit? We can't wait to see Alex Hunter's first walk down the tunnel as the Champions League anthem roars out. 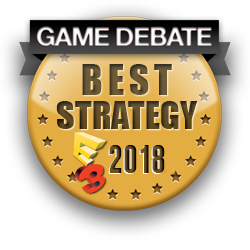 E3 2018 was sadly very light on real-time strategy games. They're a PC gaming mainstay but it seems the glitz and the glamour of E3 just isn't the place for them. Despite a no-show for Age of Empires 4, Microsoft threw us a bone with the announcement of Gears Tactics, a PC-exclusive turn-based strategy game set in the Gears of War universe. XCOM meets Valkyria Chronicles? Yes, please. 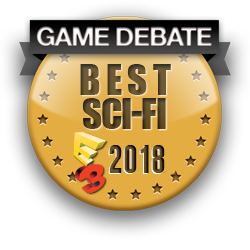 It may not have shown much, but 343 Industries' trailer for Halo Infinite said a lot for PC gamers. Halo is back on PC, back where it belongs, and it's going to be coming day and date with Xbox One version. Halo Infinite looks as if it's still a long ways out, but Microsoft is promising a bold new reinvention of the long-running shooter series. Master Chief Royale, anyone? 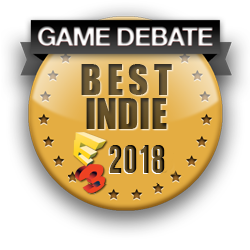 Factorio is all well and good, but there's no escaping the fact it looks like a game from 1995. Satisfactory spins out a similar formula, this time in full, gorgeous 3D with sprawling, autonomous factories that can actually be driven around and explored at will. There's a little bit of Minecraft, a dash of No Man's sky, and a whole heap of contentment to watching these crazy machinations in action. 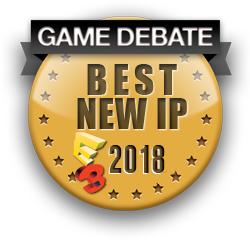 We'd feared it would be Bloodborne 2, but we were pleasantly surprised to find out that FromSoftware was actually working on a new multiplatform action game that has a whiff of Tenchu to its Japanese action. Ninja games are disappointingly thin on the ground, but Sekiro: Shadows Die Twice looks as if it can do the nimble warriors justice. Early impressions indicate it's much more fast-paced than your typical Souls game, and even features a jump button as well as a grappling hook for flinging yourself about the environment. Consider us hyped. 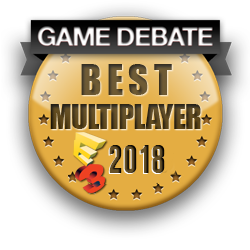 Nintendo's E3 Direct disappointed, there's no argument there. But what it lacked in game reveals, it more than made up for with its headline event. Super Smash Bros for Switch was shown by Sakurai as he promised to announce the first few fighters. The usual suspects ticked by, then when megatons like Solid Snake and Sonic appeared it became very clear - Super Smash Bros Ultimate was going to feature each and every fighter from Smash Bros history. A fighting game with 65 totally unique characters on day one. Super Smash Bros Ultimate is going to be local multiplayer bliss when it arrives on December 7th. 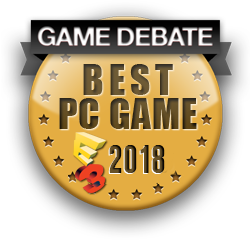 Okay, so Yakuza Zero bends the rules a little in that it's not a PC exclusive, but dammit if Yakuza Zero isn't one of the best games of all time. The very fact the Yakuza series is finally coming to PC is a huge cause for celebration and should mean plenty more from Sega will follow. But Yakuza Zero is a hell of a way to start the series this summer, and it's going to be available for a massively knocked down price plus 4K support and unlocked frame rates. Patience really is a virtue.

Finally, big congratulations to all of our winners, who've served up some fine gaming treats that will hopefully be with us in the next year or two!

I got chills watching the trailer for halo infinite. Stoked its for the pc :)

maneater was easily the best new ip, you ppl are crazy

I pretty much agree with this list but for me Metro: Exodus will be the best shooter. I love that series.

DMC5 will get what it's due :P

I would have said Last Of Us 2 actually.