Apologies we’re a bit late with this one, but in amongst all the E3 2018 madness, Valve decided to launch its biggest overhaul to Steam in years. The new Steam Chat feature is currently in beta, totally overhauling the design and adding a whole bunch of new features for how players can manage their friends list, chat to friends and organise match-ups.

Now, on the surface Valve is all about PC being an open platform, yadda yadda, but this is clearly a power play to try to pull back the users that have flocked to Discord as the de facto chat platform. It’s not hard to see why most moved either, Steam Chat has been a turd left baking in the sun for a decade, and an unpolished one at that.

When chatting with your friends on Steam, videos, pictures, and Tweets can now be shared within the chat window itself. And yep, that includes GIFs. Welcome to 2008, Valve. 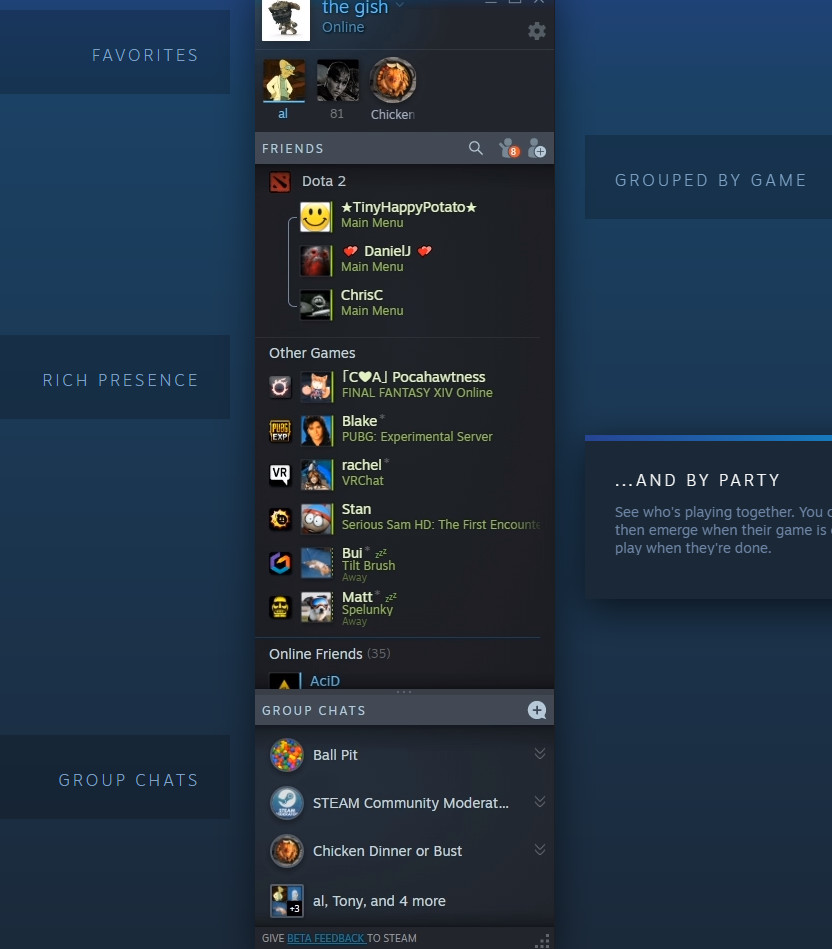 Visually, the new Steam Chat is a massive change, but there’s also a lot more going on behind-the-scenes. You can now favourite specific friends and groups, ensuring they sit at the top of the chat window. Group chats now have permanence, there’s a greater amount of detail as to what a player is doing in a game, and it highlights friends that are available for matchmaking right there and then. Rather than by name, friends are now grouped by the game which they’re playing, as well by the party they’re in.

In a pretty clear nod to Discord, persistent channels can be created for just about any topic, whether it’s game-specific, people using voice chat for a game, or off-topic like a channel for sharing Lord Chanka memes.

Thankfully, Steam voice chat has also been sorted it. It was an absolute garbage dump in terms of voice quality before but Valve is claiming this update rewrites Steam voice chat from the ground up with a new WebRTC-based backend. This should mean better quality audio and tighter security.

If you want to give the new Steam chat a go, then all you need to do is make sure you've opted into the Beta branch on Steam. To do this, click Steam > Settings > Account > Beta participation. 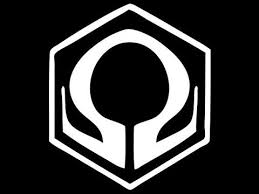 I don't think this will go smoothly. But when it finally works I'll consider using it.

I had to uninstall the beta because the new chat would not let me go online so I could not play with my friend on CSGO and such even tho it said I was online...

Nice idea but the UI and grouping by game is utter sh!te.

Yep. Discord has steam integration, steam should have discord integration. That way we'll have the best of both.

The problem is that Discord needs Steam (and other such storefronts) to stay alive while Steam doesn't need Discord to survive.

I do not agree. Discord is a great service that I also use when I work with someone together. It's mostly nice for games, but screen sharing is a good thing too

I simply mean that the incentive isn't there for Valve to work on Discord integration for Steam, they don't stand to profit from it. It would be nice to have the option, and would be a much welcome addition for some people. If Valve can get their own voice systems up to par there then why would they go out of their way to do something that would benefit their competition?

Now in response to this, all Discord has to do is make its in-game overlay the same as the client interface, make it smooth and perhaps a bit transparent and they win.

Steam isn't the only one that's trying to update things in a bid to compete against Discord. Battle for Azeroth is bring voice chat back to WoW, in what's supposed to be a very upgraded way. It's also adding in cross realm groups that you can join multiple of in a bid to compete with all the different Discord groups. In a way Discord should be quite flattered.

The new update keeps crashing, like suddenly am not able to click on anything on the chat

About damn time Steam... Any idea when this update will be rolled in the stable branch? I dont want to get in the beta.