Following last week’s Discord-like Steam Chat update, Valve is continuing to ring in the changes to Steam this week with the new Developer and Publisher Homepages.

Each developer and publisher now has a dedicated page within the Steam store that outlines all the games they’ve released, the major news and DLC available, as well as highlighting impending updates or big changes. For those who’ve got faith in particular publishers or developers, it provides an easier way to keep up-to-date with what they’re doing in the PC scene.

There are dedicated pages for just about every major publisher and developer on Steam, totaling 440 separate pages at this point. This includes everything from little indie developers all the way up to the cluttered pages of Paradox, Sega, and Valve themselves.

In its current incarnation, Steam users can click to ‘Follow’ publishers and developers, allowing for notifications to arrive related to all of their games rather than having to follow specific titles. They can they display their releases on their page however they want, whether that’s promoting the newest titles or, for example, showcasing the entire history of the Hearts of Iron series. They can split into genres, franchises, release year, sales, or just about anything they want. 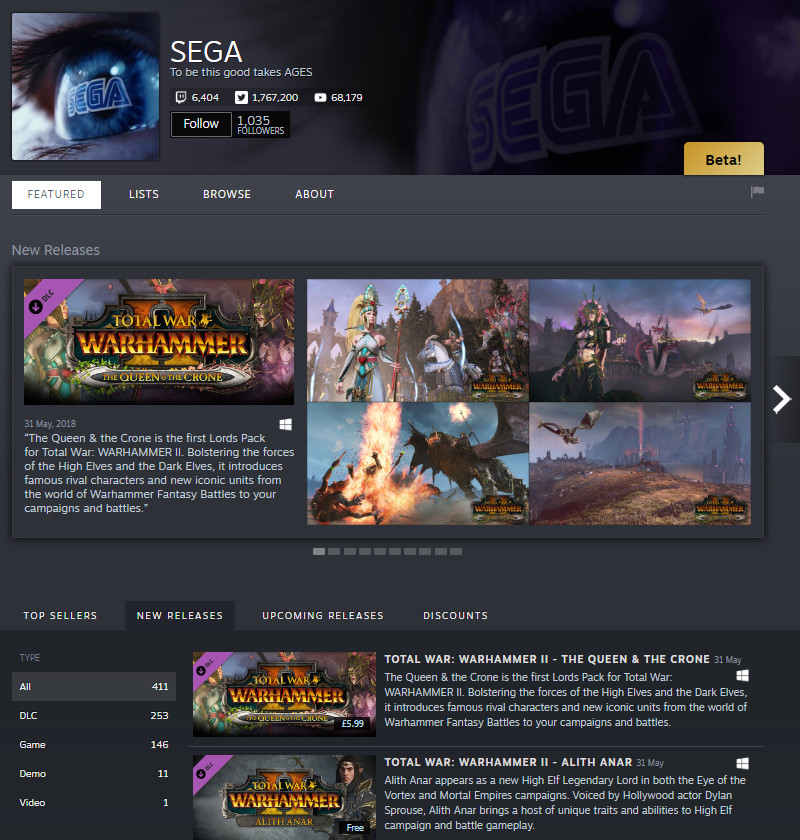 Steam’s Developer and Publisher Homepages is currently in its beta form, meaning it’s not currently available to each and every dev and publisher just yet. Over the coming weeks, it should roll out in a larger wave though, helping to surface the games that are important to Steam users in a store that’s growing increasingly cluttered.

While not everyone is going to get usage out of a feature like this, it appears increasingly obviously that Valve is launching a bit-by-bit overhaul of Steam this year. We’ve been hearing rumours of the sort for years, although we hadn’t been expecting a drip-feed rollout. Now we’re just interested what Valve has up its sleeve next.

But did they fix the shift+tab chat and friend list? It wont open while in-game

Can users write reviews about these publishers on their pages?

I don't think that would be a good idea, would just be people complaining about the same things we already know.

Now I gotta look up those Devs and Publishers for funny titles.