E3 2018 is in the rearview mirror. The dust has settled and we can see the gaming landscape for the next 18 months or so. But spare a moment for the fallen heroes. The games we were all expecting to see at E3 2018 but we didn’t hear so much as a whisper about. Without further ado, here are the biggest games AWOL from E3 2018.

The big one. After nearly every game from the Walmart Canada leak was officially announced, Splinter Cell looked like a dead cert for Ubisoft’s press conference. The big tragedy is that, out of all the games contained in that leak, Splinter Cell was probably the most exciting. It’s been five years since we stepped into the soft, padded shoes of the husky-voiced assassin we call Sam Fisher, and fans are understandably thirsting to hear more. In that time we’ve had five new mainline Assassin’s Creed games, and at least four spin-offs. But not a peep from Fisher. Ubisoft has kept us waiting, but we can only hope the Splinter Cell reveal was pushed back to Gamescom. Hands down the biggest absence of E3 2018, and perhaps the greatest disappointment. 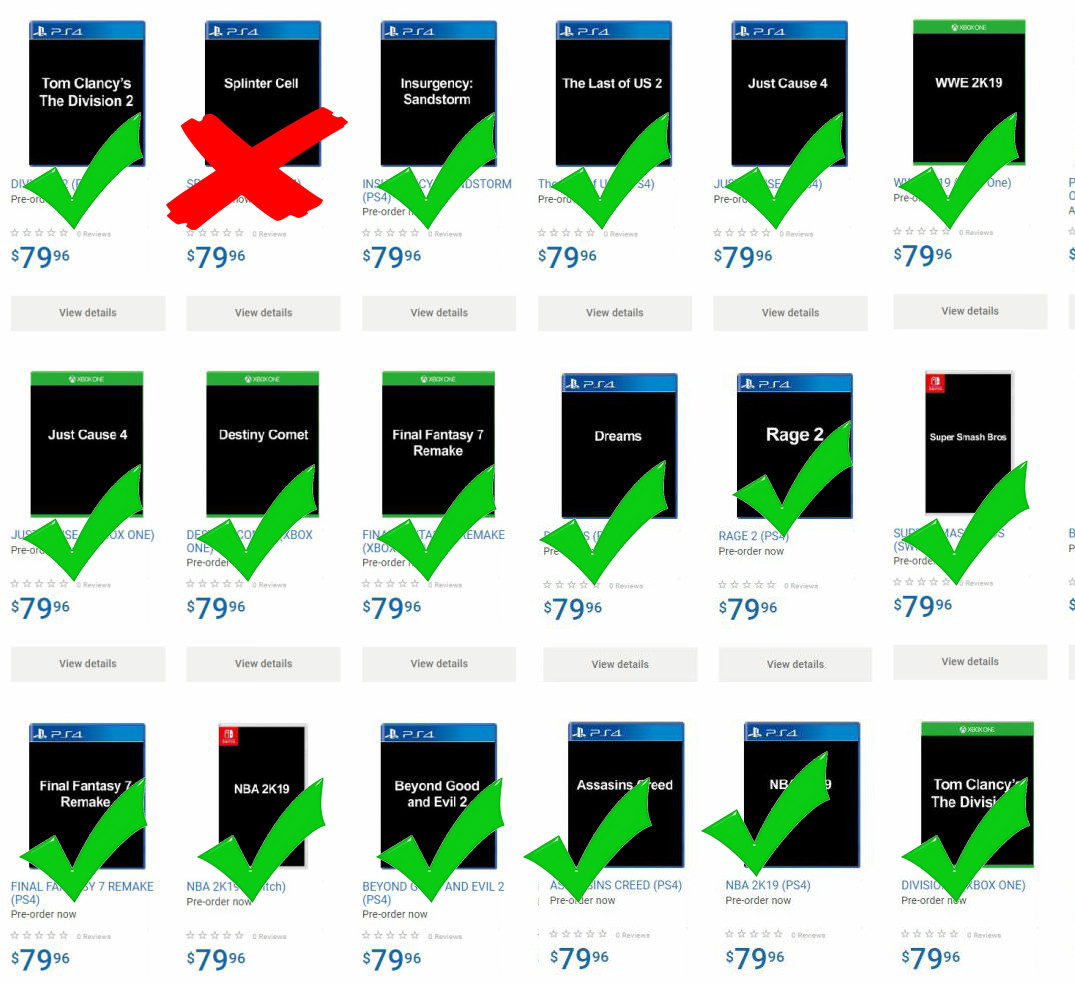 Okay, so it’s not a game, but damn if it didn’t seem the perfect time for Rocksteady to reveal its new game. The official Twitter account appeared to be teasing something but we didn’t hear a thing. Rocksteady has acknowledged the disappointment felt by fans and said it’s new game will be ready to share just as soon as it’s ready. Rumours keep pointing towards a Superman-themed open-world game, although we wouldn’t bet against Justice League or yet another Batman title. We’d all want the former of course, but Superman has become something of a curse for game developers over the years.

I don’t know we keep falling for it. It’s time to live up to the truth - Skate 4 isn’t happening. Still, Session should fill the gap nicely.

I mean, come on, it feels as if Gearbox has been developing this game forever. Or at least that Randy Pitchford has been teasing it endlessly in the least subtle ways. Maybe he’s just been too busy testing Rule 34 with Battleborn. We know Borderlands 3 is coming but Gearbox just refused to officially announce the damn thing. E3 2018 just wasn’t the time, but we get the feeling that it won’t be too long until we hear more.

Having passed the baton onto Eidos Montreal for the upcoming Shadow of the Tomb Raider, Crystal Dynamics is hard at work on an official Marvel Avengers tie-in. We’ve known for some time now that it’s going to be a third-person online action game in the Destiny/The Division mould. With publisher Square Enix announcing its first E3 press briefing in three years though, the assumption was that it would have a huge surprise to unveil. Naturally, we all thought it would be Marvel Avengers. It ended up being less than nothing.

Sometimes there’s just too much smoke for there not to be a fire burning somewhere. Retro Studios next project somehow proved the old adage wrong, disappearing from view for what was a very weak E3 2018 Direct from Nintendo. We didn’t have huge hopes for Nintendo but at the very least the rumoured Star Fox racing game seemed damned close to a dead cert. Is it even real? Has it run into development issues? We just don’t know, and considering how secretive Nintendo is, we don’t expect to know for a good while yet.

Half Life 3. Cause I still want it.

yeah, what's the point not showing it at E3. They have officially announced that it's already made!!! My guess they want to save some games to build some hype for WD and other game fans

What does "AWOL" mean?

So true, there are still peeps waiting for this drop.. (I upgraded twice for now and the game is still not out XD)

and where is Final Fantasy VII Remake?

Nothing at E3 because Rockstar has never showcased its games in E3 for years.