Nvidia May Have Overestimated Demand for GPUs, Sat on Stockpile of 300,000 Excess GPUs

Nvidia appears to have found itself in a spot of bother after rumours have emerged that it's sitting on a stockpile of hundreds of thousands of graphics card that it’s struggling to shift.

The report comes from both SemiAccurate and Fudzilla, who claim that Nvidia’s impending next-gen GPUs may have been delayed after Team Green vastly overestimated the demand for graphics from both gamers and cryptocurrency miners.

Various cryptocurrencies have continued to tumble in value during the past few months, resulting in significantly reduced demand from miners. Likewise, it appears as if savvy PC gamers have rode out the cryptocurrency storm and found themselves with two options - wait for the imminent arrival of the next-gen GPUs or pick up a GeForce Pascal graphics card that’s been on store shelves for over two years. Unsurprisingly, many are probably choosing to wait, result in an excess pile of Nvidia GeForce graphics cards that just can’t be shifted.

SemiAccurate claims that 300,000 GPUs were returned by a single Taiwanese OEM alone, so there are potentially massive supplies of GeForce graphics cards around the globe and little demand from the customer base. If true, expect some cut-price deals in the coming month as Nvidia looks to clear out stock of the current boards.

While it’s hearsay, for now, this does tally nicely with the apparent cancellation of Nvidia’s ‘Next Gen Mainstream GPU’ talk set to take place at the Hot Chips Symposium in August. Team Green was confirmed to attend but a few weeks back the slot was updated to say ‘TBC’. Now, that very slot has been filled by Intel’s Srinivas Chennupaty. From the sounds of things, Nvidia won’t be ready to launch its next-gen GPUs as soon as it had perhaps planned.

We're playing a guessing game here, but it sounds increasingly as if reports of Nvidia's GTX 11 series launching in July or August may be false. Instead, they could be playing the waiting game as they look to get rid of what may hundreds of millions of dollars worth of stock.

Did miners stop buying cards completöey.? Guess this explains why they dont want to release anything soon

I just heard a new rumor. Nvidia will be releasing the GTX 1080Ti II Super Spec. Below are the specs

Ist that less than a normal gtx 1080ti but more expensive?

It's more expensive cause it's green

Did miners stop buying cards completöey.? Guess this explains why they dont want to release anything soon

The people who screamed at GPU manufacturers to increase production so that they can get a GPU at a normal price should get a good look at this... This is why things like that arent as simple. If you think you have a potential solution to these kind of problems chances are nvidia and AMD have gone through them a thousand times over and rejected them for some reason. Even though they tried to be careful they still ended up with a bunch of unbought stock.

i think it is because of mining curse.
Poor Nvidia

I know we are all having a warm feeling inside reading about NVidia getting burned... but I hope they don't get too burned that they become a huge wuss in the future, being completely afraid of overproducing GPUs and creating an artificial supply shortage.

Hahaha, no they didn't just overestimated demand, they didn't expect cryptocurrency to fall this hard.

now when i think about youre right, nvidia have new customer base = crytominers, exile gamers at least we always have AMD 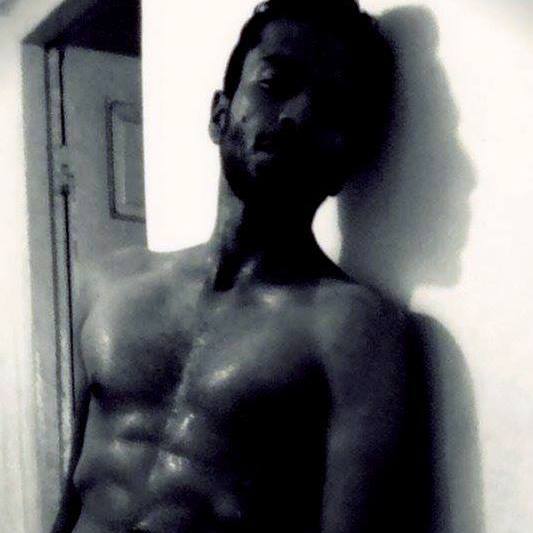 okay I m severely conflicted here guys.... I just bought MSI Gaming X 1080 Ti..and Nvidia is speaking of releasing 11 series in July...have I made a mistake...should I ve waited for em. I just dont wanna go into guilt trip...please...anyone...any good soul...Help me..! I hope i didnt make a mistake..please help me.

get me out of this pain in my chest..this guilt trip i go on everyday... i just wanna be happy for once.. and satisfied. I need serious pep talk from anyone of you. Admins. Mods. other members. anyone? I m tired of the resentment and regret.

Don't panic friend, the GPU you have is a beast and will serve you well for a long time. I doubt very much we will see a new series this year and if we do then you have to ask yourself if you need to own the bleeding edge of technology right away? Apart from ray tracing and some efficiencies, these new cards aren't going to provide much that your card cannot.

Dude, most of the people on here, or anywhere else on the web/irl world, would kill for a 1080ti. I only have a regular 1070.
Who's to say that the 11 series cards are not just g oing to be 10 series cards with a little more power?

Exactly, I love buying cool new upgrades as much as the next person but we all need to learn to pace ourselves and not buy things just because they are new. This might also serve to teach these large companies that quality is key not just churning out new product constantly.

huh yes..you guys make a fair point..deep down a part of me knew it..but Nvidia always gets the best of me..ughh.. Damn you Jen Sueun...
thank you so much for the input.. all of you.. feeling less panicky now...much more relaxed :)

Glad to help friend. Remember to get back to enjoying gaming and not just stressing about components because ultimately we build these rigs to play games on not just stress over.

I know that Nvidia has a step up program that lets you upgrade to new parts within 90 days of buying your old one. I'd look into it.

why dont they just rebrand them as lower performance options gtx 1080 as a GTX1060X they done it before, lol i just remembered they made a 1070 ti not to long ago.

Despite the fact that I support everyone who has been posting about lower prices previously, no one at Nvidia cares. Prices are prices, competition (even with their own customers) is competition.

The'll sell their momma's kidney's if they could. Ridiculous.

let's not get too ampered up ;)

if there would be a good time to figure out how to get three card SLI to work in games for Pascal, now would be a very marketable one

So, basically we are not getting new graphic cards because nVidia f***ed up when they tried to use mining situation to sell more graphic cards, but mining fell before their estimate... why does this sound like very nVidia thing to do? And why do I have feeling nVidia blames us? I mean they always blame someone else...

I was hoping to upgrade the rest of the system first and then get one of the next generation of cards, but my gpu dying has forced my hand.

If I find one cheap enough, would it be worth upgrading to gigabytes itx 1070.

Well, the longer they stall - the better. I know people wnat newer GPUs and I do too, but that just means more value for our money (longer life of the cards) and less money to spend upgrading.

Well them bastards shouldn't have priced them so high