UPDATE: The official Life is Strange 2 PC system specs have been altered since the original announcement. We've updated this article with the revised system requirements, as well as the Life is Strange 2 game page.

Life is Strange 2 was announced late last week, although we all we got was the name and the briefest of teasers. Which leaves us in the curious position of having the official PC system requirements for Life is Strange 2 despite not see a single screenshot or any actual gameplay from the game whatsoever.

The Life is Strange 2 system requirements have been revised slightly, with the main changes coming to the recommended CPUs and GPUs. The system specs for Life is Strange 2 are identical to The Awesome Adventures of Captain Spirit, a free prequel episode that's available to download on Steam.

As a minimum, Dontnod is suggesting you have a video card with at least 2GB VRAM along with a dual-core processor clocked at 3.0GHz or faster for LiS2. It's still fairly forgiving for a 2018 title, particularly when accounting for the 4GB RAM. However, go careful with the minimum GPUs. The Radeon HD 7770 is typically a 1GB video card, whereas Life is Strange 2 requires a minimum of 2GB VRAM. Something along the lines of a Radeon R7 250 should still suffice.

If you're aiming for a nice, smooth, 60 frames per second in the Life is Strange then you'll be needing a GeForce GTX 970 or equivalent, as well as a quad-core CPU. This isn't vital but if you want to play on High settings at 1080p then this is the level of hardware you'll need. For AMD users this means a Radeon R9 280X or equivalent, so something like the Radeon RX 470 should be able to run Life is Strange 2 without any performance hiccups. 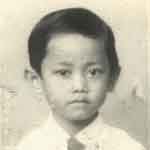 Finally a demanding enough requirements. Expect a big jump in graphics over the previous game.

I really love games that focus on story mode(single player) and this is one of them.

I loved the first one and the second one seems to be awesome as well.
GTX 970 as recommended for a cinematic game without much action seems to be a bit on the higher side though.

Can't wait! Awesome Game!
Just don't make it another Captain Spirit. I mean the Captain is alright but I would like to see something on the veins of more mature story-telling as it was in Life is Strange 1.

The trailer looks like it should be on the mature side of things. I can't wait, it will be a day one purchase for me.

Yep, After Captain Spirit (nice game), I was a bit worried that they might go the more PG route. Glad to see I was wrong.

Just hope I will be able to run this smoothly.

You should be perfectly fine.

gud. I dun need to upgrade. 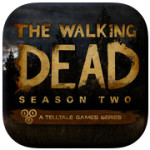 When game developers don't even know the hardware they want their games to run on, so they just make it up as they go! lol

i think they have a testing rig with rx 480 in it, they test the game then say ''meh, it did run okay so this is recommended''.what a bull.

Hmm, I was wondering what the hell this "Captain Spirit" was, but now I'll give it a try!

Its a fun little game, I enjoyed it.

It's got a nice big hint at the end of things to come. And you can technically finish it in an hour or less if you just wanna see the ending.