Ok we totally mucked up our prediction of that last round. We had it pegged that Shadow of the Tomb Raider would take out Red Dead and Death Stranding would best Hitman 2. But the score line ended up as

Hitman pipped Death Stranding at the last moment with penalties. Sheesh I never saw Hitman getting this far, but we do all seem to love that bald killer.

Right so we are now into the last 2 matches before the Finals. And todays GD gaming world cup semi final match will be between two well know gaming goliaths, the cool headed Hitman versus the legendary Red Dead.

Vote in the blind polls at the bottom of the article. That gives you an entry into the massive prize giveaway. Come back tomorrow and we will have more fun polls to vote on, which will also increase your entries into the prize draw.

The winner will go through to the Finals, the loser will be knocked out. Nice and simple.

This is a blind vote, results will be revealed tomorrow along with the next semi final game poll!

My vote goes to Read Dead again. If for some reason that don't come to PC, i'll be ing pissed.

Given Take Two's defense of loot boxes and the CEO saying that RDR will be packed with "consumer spending opportunities", Hitman deserves to win it by default.

i didnt expected this, i mean that RDR will win by this much 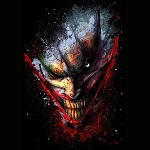 Rockstar will Rock it.. Simple !

My vote goes to Read Dead again. If for some reason that don't come to PC, i'll be ing pissed.

Given Take Two's defense of loot boxes and the CEO saying that RDR will be packed with "consumer spending opportunities", Hitman deserves to win it by default.

I can't believe that shadow of the tomb raider didn't qualified in the Semi Final nor Dying Light 2, both the games got a huge fan backup, :(

Easy, I don't like RDR and I like Hitman, simple, but I predict Hitman is going to lose hard.

France or Belgium?
I like France as a team but I like Belgium players, I'm torn for today's match D:

I am rooting for Belgium, but it's gonna be tough. Pretty sure there will be a few goals, so neutral fans might really enjoy the game

Yep, hopefully will be a good game. France have played well so far, Belgium a bit shaky at the back but great on counters and set-pieces.
3:30am kick-off in my time zone though :(

Kicks-off at 21:00 in my time zone. More than decent :)
Feel bad for you. This one has all the ingredients for a great game and unless you are a night owl I don't see how you'll be able to see it live. And then someone will spoil the score for you and I don't know if you'll want to watch it anymore :(

Honestly, I love Hitman, but I do suck at that type of game. I just can't get the stealth right and it ruins the experience for me.
Haven't played RDR, but I voted RDR2 simply bcs I feel I would enjoy it more

Pfff , well there goes all of my anticipated games xD , for this game i voted Hitman 2 since im more familiar with the games