The quality of graphics card drivers has long been a point of contention for AMD and Nvidia fans. For a long time, Nvidia was cranking out GPU drivers at a rate that AMD could only dream of, meeting each and every AAA release with a dedicated driver that would optimise performance. A few years ago though, AMD caught up, both in terms of regularity and feature parity, and the two GPU giants are neck and neck once more.

But out of Nvidia and AMD, which produces the best and the most stable graphics drivers? A new study from QA Consultants has attempted to answer this once and for all. After studying dozens of GPUs across hundreds of unique tests, QA Consultants have concluded that AMD drivers are more stable than Nvidia’s GeForce drivers.

A grand total of six AMD and six Nvidia graphics cards were subjected to 12 days of 24-hour stress testing using CRASH in order to identify their reliability. Each test spans four hours and covers resolution changes, rendering, display orientation changes and more, totaling 288 hours of testing for each GPU and a massive 432 tests each for AMD and Nvidia GPUs.

The graphics cards tested were as follows:

Regardless of gaming performance then, the tests performed by QA Consultants indicate that AMD GPU drivers are more reliable than Nvidia GPU drivers. “In our testing, both AMD gaming and workstation GPUs performed better than the comparable NVIDIA products,” explains QA Consultants. “Based on our testing of the aforementioned 12 GPUs, we believe that AMD has the most stable graphics driver in the industry.”

Kudos to AMD then, although there is one major caveat to these results. QA Consultants are exactly what they sound like - consultants. They’ve been paid to perform these tests and with just a little digging through the 125 pages of results, we get our answer. “In May 2018, AMD commission QA Consultants to independently evaluate the stability of several of the latest graphics drivers from both AMD and NVIDIA.”

These were independent tests then, but they were paid for by AMD. It shouldn’t have any bearing on these results and QA Consultants have evidently been extremely thorough, although it does colour the results somewhat. These are tests on GPUs and hardware/software configurations that AMD hoped would favour Team Red. If they hadn’t, we very much doubt these results would’ve been made public knowledge.

You can read the full summer of QA Consultant’s testing here.

You do know for that test they did use an outdated GeForce Game Ready Driver instead of the updated one which you would really have no idea what the real results would of been. 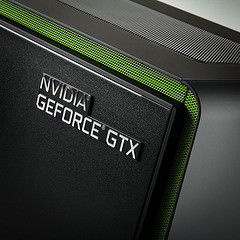 I was always having AMD driver problems, its what pushed me to NVidia 3-4 years ago.

I don't know about these newer cards and their drivers, but from my own past experiences AMD drivers were a constant pain in the @ss whereas I have never really had any trouble out of nVidia drivers since I swapped back to them in 2013. I am almost due for a replacement system so I like articles like this, but if AMD paid for the testing I have to believe that there was some bias in the final report. imo

Even if they did or did not pay for the testing they didn't use up to date driver at the time for Nvidia which we have no idea if the test will be conclusive enough for the actual results in which i would like to see a test like this redone but for AMD to use 18.5.1 and for Nvidia to use 397.93 instead because both of those drivers came out the same day which would make it a fair test.

I don't know if i should believe these tests or not because after looking up the release date for Adrenalin Edition 18.5.1 which was release May 24th 2018 which on the same day for Nvidia was 397.93 but instead they used 397.64 which might of resulted in a different result and yes i looked around for the release date for Adrenalin Edition 18.5.1 and to see when the 397.64 was released which was on May 9th.

I go give credit for AMD doing a good job with their processors and GPU's now but still seems a little scummy to use old drivers vs a newer driver.

Which we might never know if the gap would of been closer together cause lets say if they used Nvidia's driver 397.93 it could of been like 9% or 11% which wouldn't make too much of a difference between the 2 and really there would of been no news about it but hey this is the practice of that QA company.

They test 1 driver for gaming and 1 driver for workstation from both vendors. From these they do some testing using different cards. for me the title say they would test different drivers? What would have happened if they have used geforce game ready driver 397.31 (gtx1060 bootloop)? The result difference would be even bigger.

Their conclusion is correct but, only based on the four drivers which were compared. They don't say anything about other drivers each vendor had before/after the tested drivers. Maybe older drivers show AMD is worse? who knows.

Only driver issues I have had with AMD have either been when I'm doing something stupid with overclocking or mods, or running a really new early access game, otherwise no weird crashes or anything else. I've had Nvidia drivers drop out in the middle of a CAD render even when I wasn't going something rediculous and this was with Maxwell generation Quadros but I haven't used a gaming Nvidia card in over 10 years so gaming side might be different

I can say very different things about Windows 10 lately, I have an overclock on both my CPU and memory that has been stable since I set it up (nothing crazy, 3.725ghz on core with 1.286V and 3200mhz/16-16-16 at 1.35V on memory) and Windows will crash out and lock (not even a BSOD) since roughly April at random intervals

I always had issue with amd drivers...

Assuming that your current gpu is 4 years old, your last AMD card was even older. What I mean is, that since then a little has changed :)

Hope I will change myself..but its hard move on with AMD past experience..

Most people has had bad experiences with AMD drivers cause i remember during when i was using the HD 5000/6000 series there was issues with certain games i was playing with it not starting up and/or crashing on me but lately with their newer series like the RX4xx/5xx series i don't see any issues with them and i did tests on my friends system one using a 2gb RX 460 and another friend using a 4gb RX 550.

I had 0 issues with amd drivers I owned an hd6570/r9 270x and now a rx 480 and encountered 0 issues at all. My friend on the other hand atleast a year ago had problems with his gtx 470 cause he wanted to update his drivers but he couldn t because the driver kept trying to put higher resolution than his screen supported. So he couldn t see anything.We managed to fix it with teamviewer I installed his drivers for him and changed his resolution to the one his monitor supported.

Same by me... well almost. I've owned an (ATi) 9600 pro, 9800 pro, HD3570; Now AMD R9 390x
The only single problem i had was after updating to latest drivers I had problems with low quality mic during recording via AMD ReLive, but now it's solved.

I had a few Nvidia and 3Dfx GPUs aswell. 0 problems. Do I have luck?

i got a lot issues with my gt630(espcially in old games(7years old or more).but befor that card i have a xfx hd4670.in that time everyone saying amd drivers was

I have both Nvidia and AMD. And I've experienced more issues from Nvidia's "Stable" release drivers than AMD's beta drivers...

Take reports that are paid for by AMD with a grain of salt.

well that is why i am never in a hurry to update my drivers, sometimes i wait a full month after its been released just to be sure it is stable

ha take that nvidia and the stereotype fanboys.

Haven't had a problem with AMD drivers since the first 6 months of the HD 7000 series, since then it really has been great. I wonder when that stereotype will die.

I remember the nvidia driver crashing when I was running ARK once in 2016. That is what I remember.

I haven't used an AMD card since 2011 or 2012, so my experience then is most likely invalid with current drivers.

An Nvidia driver for my laptop GPU just crashed the whole thing , Recovery failed and i have to install a fresh OS xD

Then why have I always had issues with AMD drivers for the many years up to the release of r9 390x and when switching to nvidia I had no issue with drivers. Something is off here

Ive owned the 5770/7850/r9390/vega 64. The past 2 years have been flawless, and i mean flawless, AMD drivers are finicky so i can see it being install error or your previous install leaving something behind and having it screw your future drivers. Entirely possible.

I always clean uninstall and install all my drivers

its true, when i had amd graphics card i played every game without crashing or other issues,, but after getting nvidia gpu many games are fail to start... e.g i played crysis 3 without problem with latest amd driver but cannot play that same game with nvidia latest driver

Alot of what people think are driver issues are actually issues with the drivers being installed incorrectly, or remnants of other drivers being left behind causing corruption, or incompatible game settings...... if you're having issues, you should use a driver removal tool and completely wipe all video drivers from your machine, and only then install the drivers for your new card..... additionally, if certain games refuse to start, try finding the games settings files and deleting them.

often times game settings are not reset when the game is uninstalled/reinstalled, so you have to manually find and delete them wherever they're hiding(usually in your appdata folder)..... this will fix problems with most games that developed issues after changing video cards.